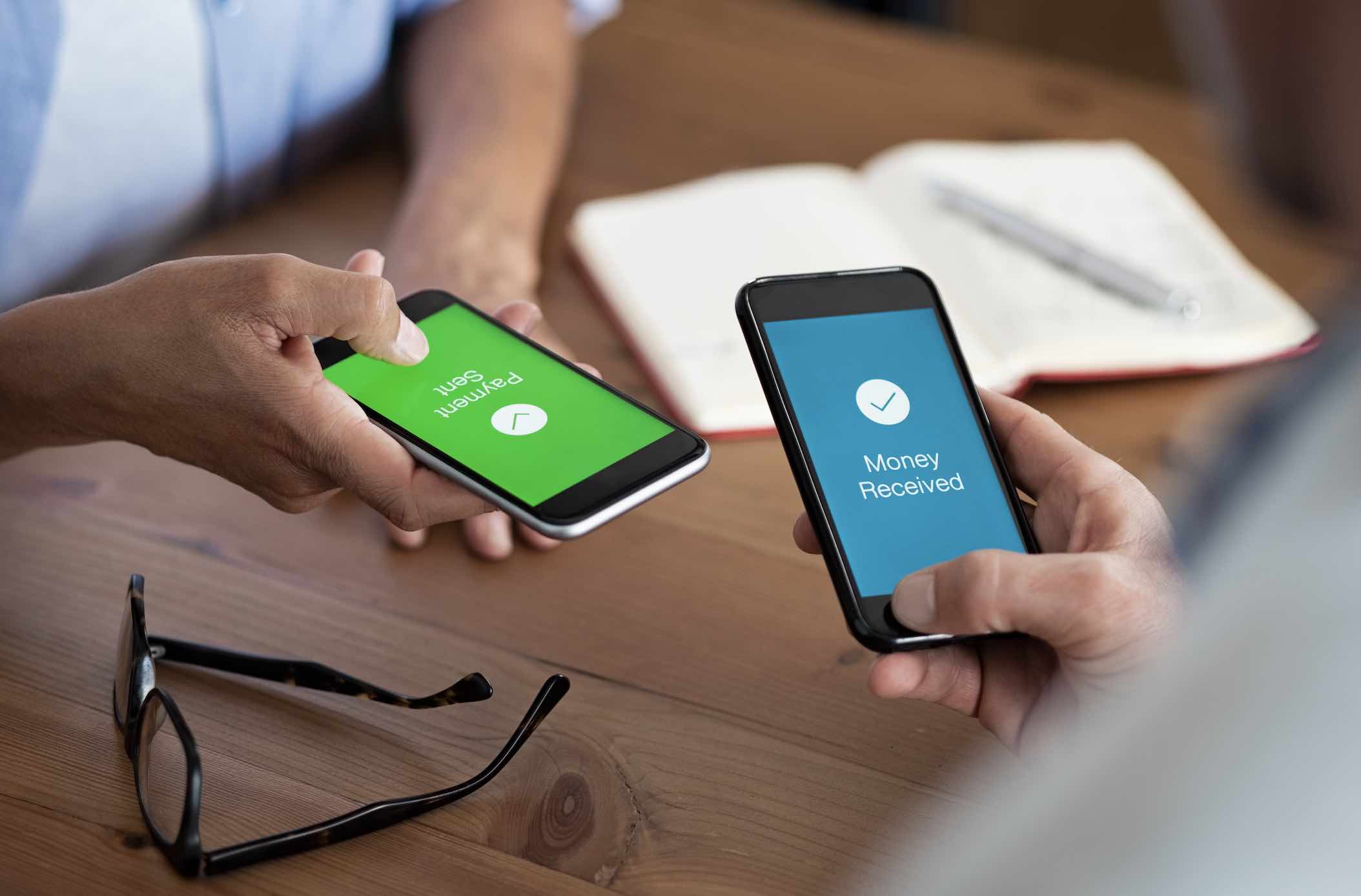 PayPal was the most downloaded P2P payment app in the world in the first half of 2021. P2P stands for “peer-to-peer,” and sometimes “person-to-person.” Either way, P2P describes the transfer of funds between two individuals. If you’ve ever split a restaurant bill, you’ve likely participated in a P2P payment, and understand how helpful P2P payment apps are.

Many of the top P2P payment apps offer financial services beyond P2P payments (think: merchant services for SMBs), but we consider a P2P payment app to be any app that offers and is known for having a P2P feature. This includes multi-functional apps, like PayPal, but excludes other so-called payment apps, like digital wallets or business-only remittance apps. 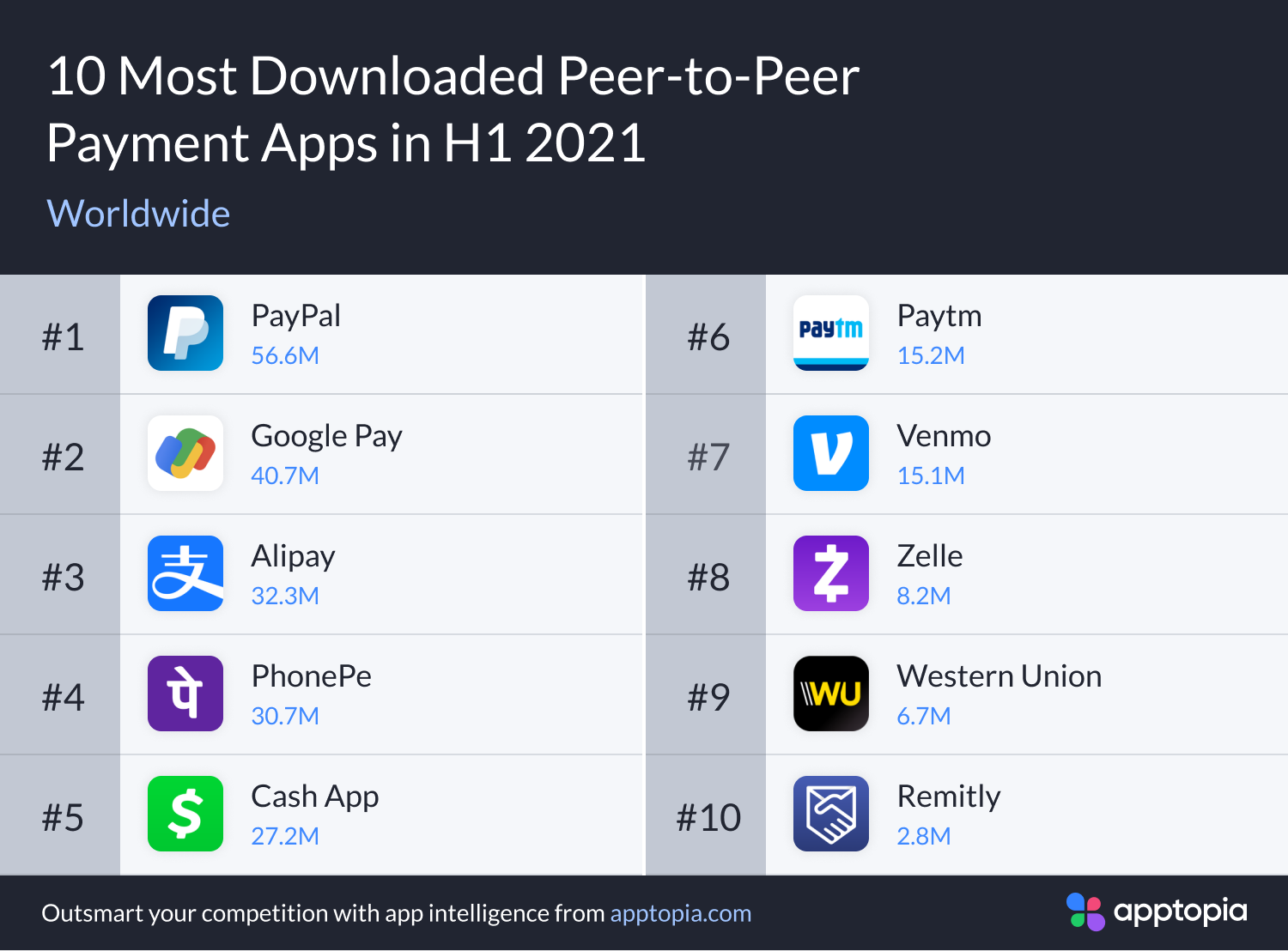 In H1 2020, Google Pay led the market as the most downloaded, meaning PayPal overtook Google Pay for the top spot in 2021. Now, PayPal leads the market by both downloads and daily active users, and is considered the stickiest app, with over 53% of its monthly active users opening the app everyday. Remitly has the happiest users.

Click here to view the top 10 most downloaded P2P payment apps in the United States.

Markets of interest for the P2P payment industry

APAC generated the most downloads in H1 2021 for the top P2P payment apps. This was largely driven by the growth of Alipay, PhonePe and Paytm, three payment apps headquartered in the region. PhonePe is owned by Walmart and Alipay is part of the Alibaba Group, known for its popular ecommerce apps, like Alibaba, AliExpress and Lazada. In H1 2021, Alipay was downloaded the most in China and PhonePe and Paytm were downloaded the most in India.

Of all countries, India generated the most downloads for the top payment apps in H1, second only to the US. India's evolving UPI (Unified Payments Interface) system is accelerating demand for contactless payments in the country. 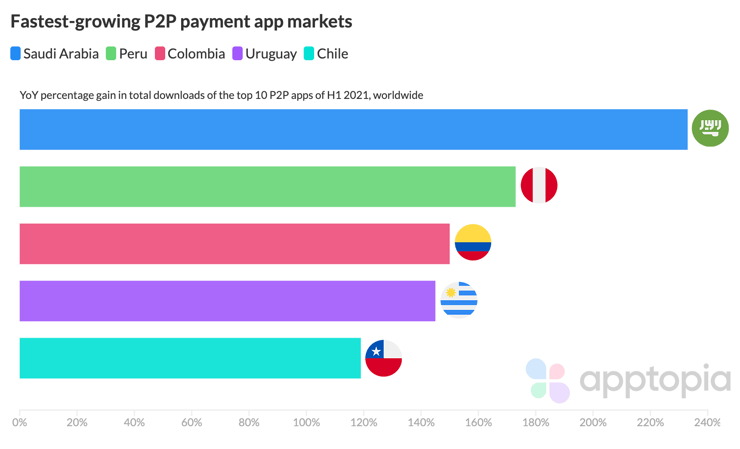 Downloads of the top P2P payment apps  increased the most in Saudi Arabia YoY. But LATAM saw the largest YoY gains overall with Peru, Colombia, Uruguay and Chile taking four out of the five fastest-growing country spots.

If we had included 10 countries in the chart above, you'd also see Brazil, Finland, Singapore, Bulgaria and the Czech Republic. Many of the fastest-growing countries are developing ones where fintech companies are providing critical banking services to previously unbanked populations.

Click here to view the top 10 most downloaded P2P payment apps in the United States.

View our free report on Payment and Investing apps