Amazon sets new record for monthly downloads in August, thanks to back to school shoppers 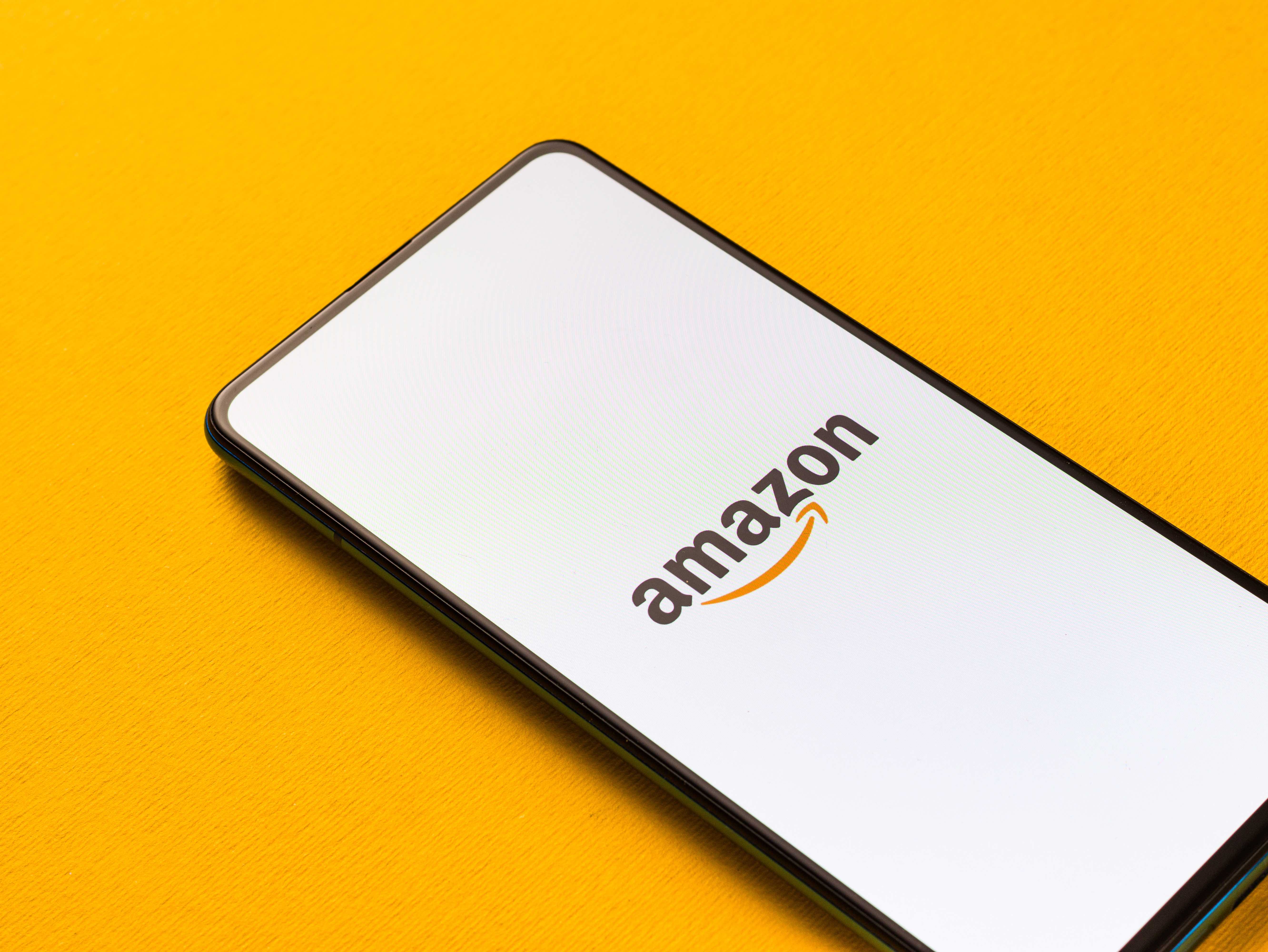 Amazon just had its best month of U.S. downloads on record, bringing in 5.5 million downloads this August. The 65% year-over-year (YoY) growth for the month is also its highest YoY growth rate for any given month in the last seven years. Setting this record in August signals that Amazon has hit it off with back to school shoppers — the target audience of its multimillion dollar ad campaigns for the past two months — even as brick and mortar retail app performance is stronger than ever this quarter.

In particular, Amazon's mobile record represents hooking the next generation of shoppers in its Prime Student subscription. Download growth means net new installs. When an app like Amazon that is well-saturated in the market posts record high growth, its a signal that it onboarded a new audience. It’s somewhat curious timing for record traction with college students after it increased the cost of Prime Student in February for the first time since its launch five years ago. However, later in this article, we take a look at how Amazon has become more ingrained in consumer behavior over the years.

Apptopia Audience Intelligence estimates that, in the last year, users aged 21 to 30 — Millennials and "Zillennials" — make up the highest percentage of active users on the app, at an average of 23% across iOS and Android devices. Younger Gen Z and Gen Alpha, or users ages 11 to 20, make up the second largest population of active users on Amazon iOS, representing a fifth of active users. On Android devices, the average percentage of active users of the ages 11 to 20 hovered at about 10% every month in the last year, except in August, when it increased to 20%. Since Audience Intelligence estimates based on user reviews, this indicates that a larger amount of younger users joined last August as well but it was still a smaller amount relative to the other age groups during the rest of the year.

Amazon versus the rest of the back to school retail market

Among our market of Back to School Retail apps, Amazon’s high growth rate ranks third behind the breakout growth had by Bed Bath & Beyond (85%) and Staples (83%). As mentioned above, Bed Bath & Beyond downloads can also be connected to college students after it launched a College Savings Pass this May for exclusive, ongoing discounts to assist with dorm room set up. To qualify, students must download the app with a college email. The deal got sweeter for students in June when Bed Bath & Beyond released its branded buy now, pay later feature, WelcomePay, powered by Zip Pay.

The ranks re-order slightly when measured by daily engagement: Staples' active user base grew by 80% YoY, followed by Bed, Bath & Beyond (66%), Dollar General (33%), then Amazon and Walmart (16%), and Target (7%). According to SDK Intelligence, Staples engagement is in part a success story of working with OneSignal to send relevant push message notifications starting in June.

However, the larger trend here is that back to school shoppers are returning to specialty retail stores and spreading out in search of the best deals. 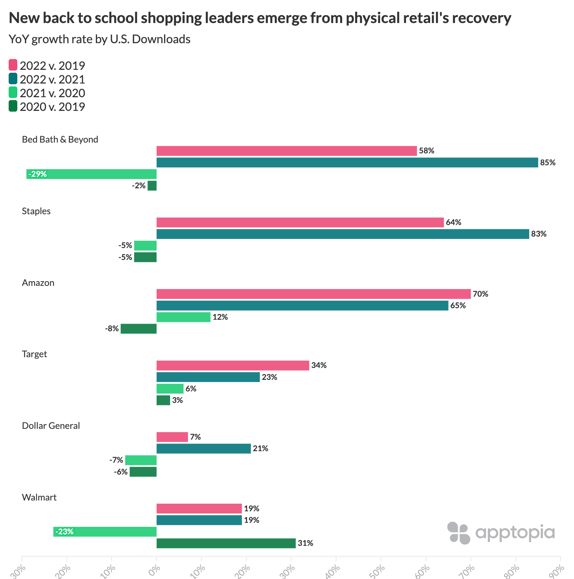 The YoY growth for August 2022 versus August 2019 shows a strong recovery for brick and mortar retailers, as this year feels more like 2019 than the last two summers. However, Amazon’s growth since 2019 shows that the US consumer’s relationship with Amazon, which bordered on reliance the last two and a half years, is a habit that will die hard.