Amwell and other Telehealth apps see surge in new users 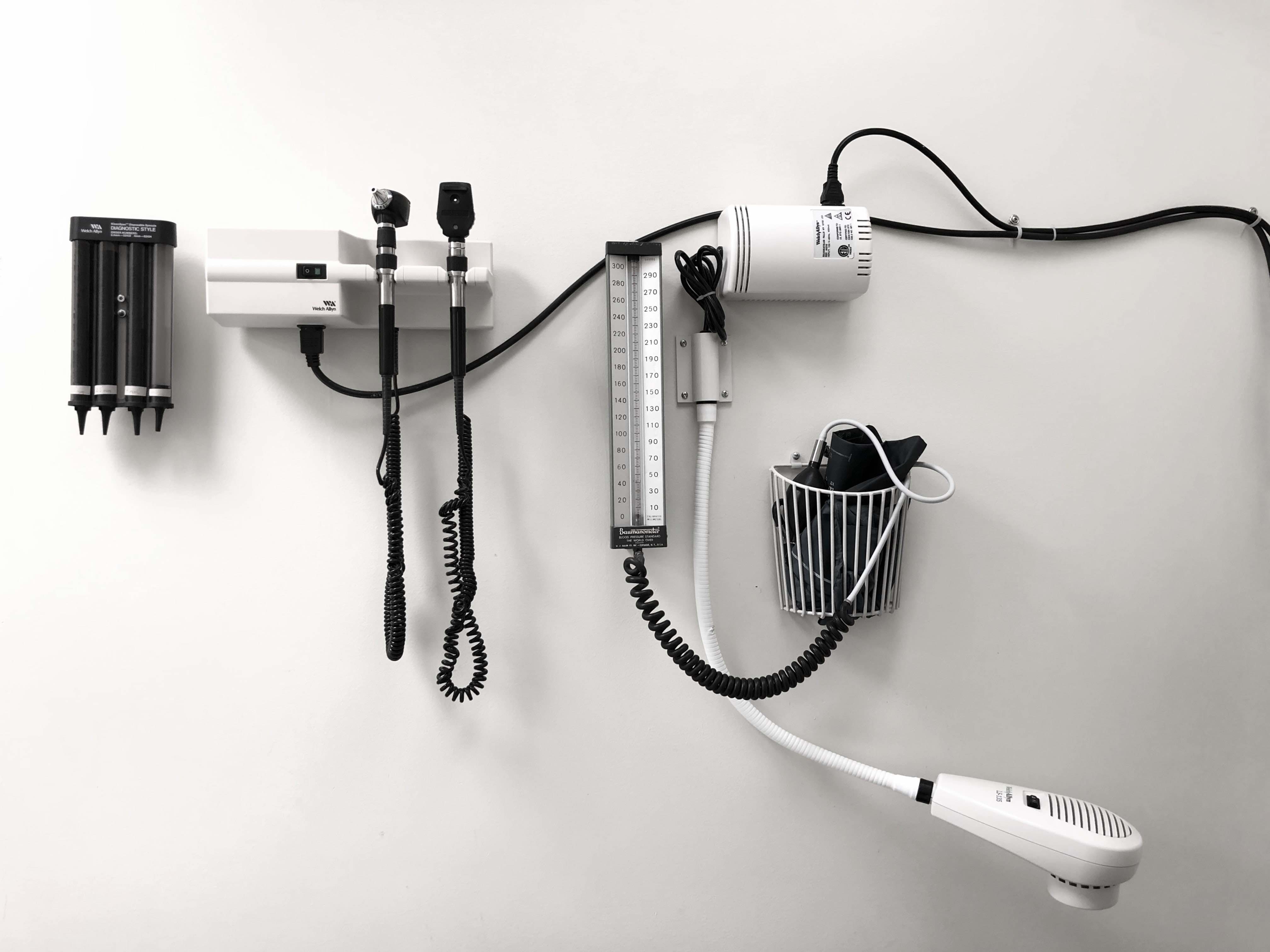 Amwell, a Boston-based Telehealth provider, recently announced that they are taking steps to combat their sudden increase in users, which temporarily destabilized their systems and created extremely long wait times for patients. Telehealth providers and their companion apps virtually connect patients to healthcare services, so you can get a diagnosis and prescription without ever leaving your home. 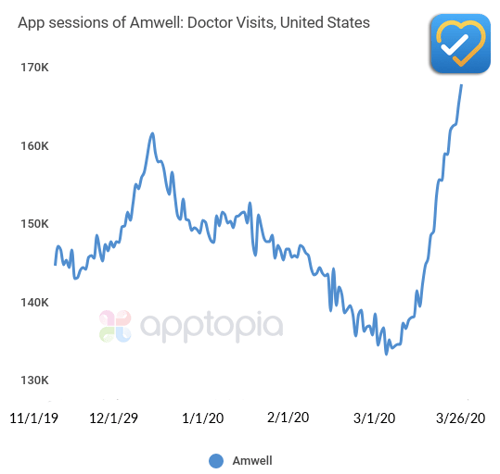 Amwell’s app sessions had been declining up until early March, then surged just as Americans were being urged to stay home. Yesterday, March 26, marked their highest number of app sessions in at least one year with approximately 169,000. But, compared to other Telehealth apps in the space, Amwell is still one of the smaller players. The two largest (most downloaded) Telehealth apps of the year in the U.S., Teladoc and K Health, are expanding their reach during this time, too. 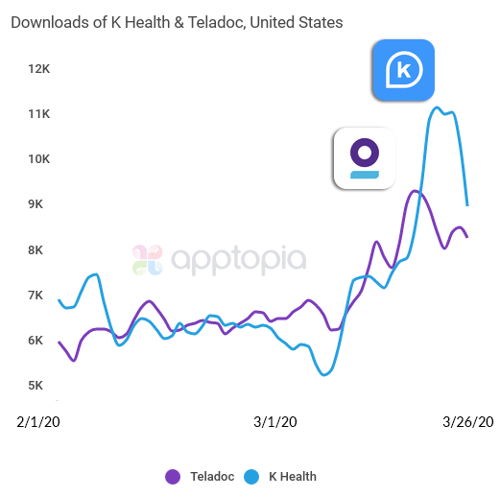 Teladoc and K Health have increased their average daily downloads this month 20% and 36%, respectively, compared to February. As you can see from the chart above, both apps surged earlier this month, with downloads tapering off this past week.

As more people get comfortable using virtual services, I predict we'll see Telehealth/medicine become increasingly sticky, even beyond this period of social distancing. So, which apps will we be tracking at Apptopia? These top performers, for starters: 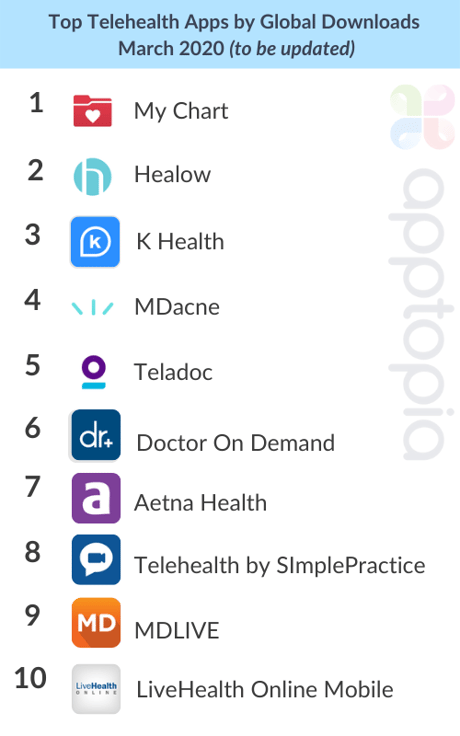 While the month isn't over yet, My Chart leads the pack with approximately 450K downloads in March, followed by Healow with 250K and K Health with 230K. (Note: not included in the above are prescription discount apps or therapy apps, like Talkspace.)

So, what do you think? Will Telehealth continue to grow or will people return to their in-person doc once the dust settles?