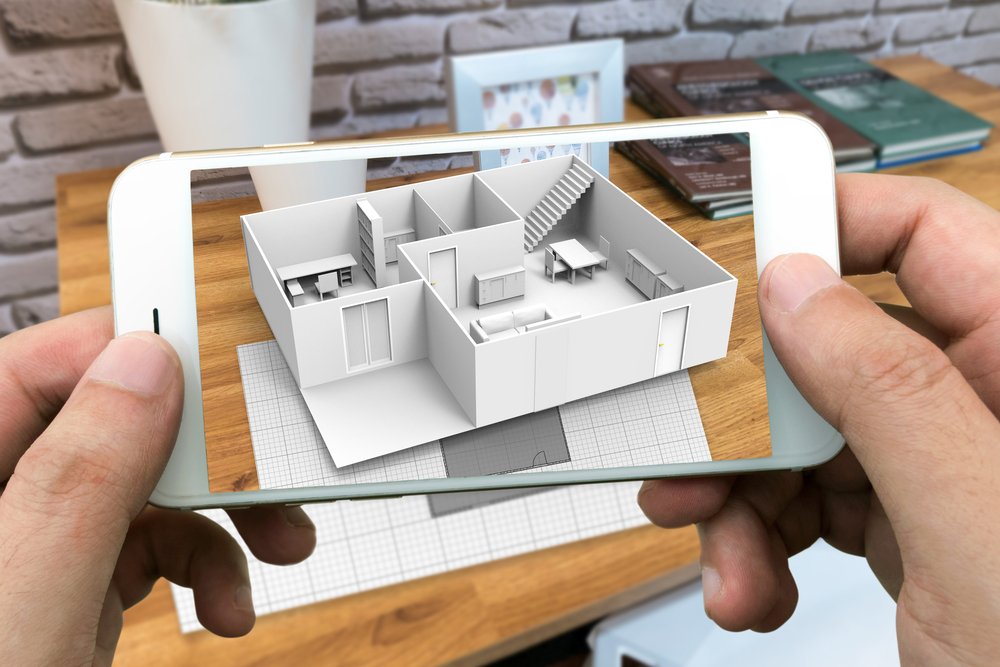 A little more than two years after the launch of Apple’s ARKit (September 2017), Apptopia recognizes 5,000 apps that currently have Apple’s technology currently integrated into their apps.

There are two caveats with our number. The first is that we measure apps currently using ARKit and not those that had integrated it and eventually removed it. The second is that Apptopia will only scan for ARKit in apps that have ranked at least once in one of Apple’s App Store categories/subcategories.

Each category ranks 1,500 apps, which seems like a lot. However, when you take into consideration that there are tens of thousands of new apps entering the iOS App Store every month, we’re likely missing a good chunk of apps integrating ARKit. However, these apps we aren't counting are very small in scale and reach, and possibly highly specialized. So while these apps might not have broad appeal, they could be highly valuable for more niche audiences.

Of the 5,000 apps we see currently utilizing ARKit, there are plenty of big names like Snapchat, QQ, Wayfair and Dragon Ball Legends. How do the categories of these apps with ARKit break down? Games take up the largest share with 28%, followed by Entertainment apps with 15.5% of the share. 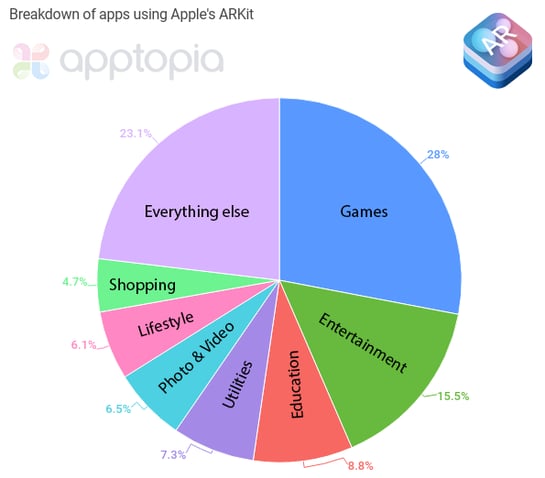 Augmented reality and virtual reality are often in the news as they are new(ish) technologies companies are trying to take advantage of. I don’t think it’s a stretch to say that, at least in the near term, AR is going to be  and already is much bigger than VR. Virtual reality can be very useful (therapy) and fun (gaming), but it’s the sole focus when you’re using it. AR is much easier to implement into everyday life to help you with the tasks you’re already doing throughout your day.

So while some implementations may be useless, others like visualizing how furniture looks and fits in your home are seriously useful. Even if the use case isn’t necessary, it can still have a massive impact on user acquisition and engagement as we saw with Snapchat’s launch of gender morphing lenses earlier this year. 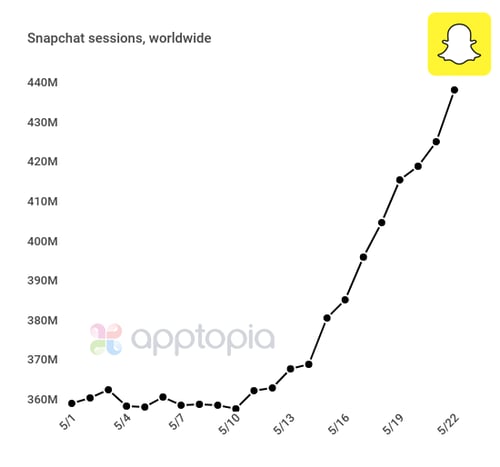