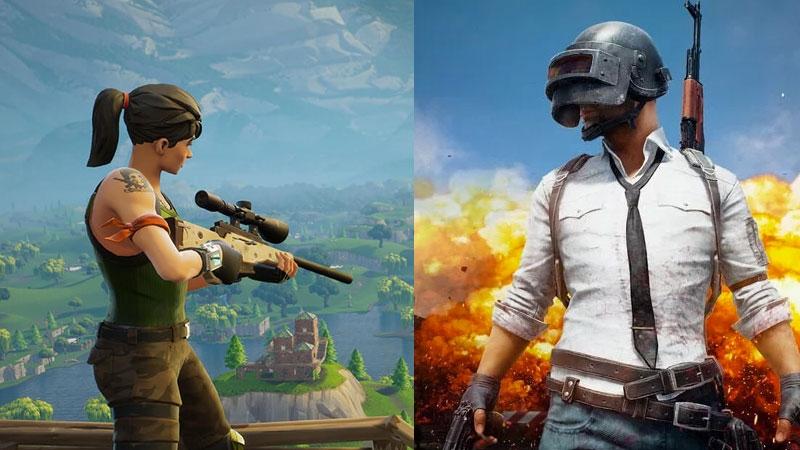 Fortnite has reached #1 Overall rank in 89 markets and #1 overall Game rank in 113 markets. It's currently ranked within the top 10 grossing Games in 15 markets. It's the #2 grossing game in the US right now, behind Candy Crush Saga. In Switzerland it reached the #1 Overall grossing spot.
This is impressive because the highest grossing rank Rules of Survival has reached in the US is #41 in Games and the best spot Knives Out has pulled is #147. Japan is still more of a fan of Knives Out and Fortnite ranks #769 for Games grossing ranks there.

Let me lay out the recent mobile landscape for battle royale games because it’s getting hairy and fast. These video games have been blowing up on the PC and consoles for a few months now. PlayerUnknown's Battlegrounds and Fortnite have turned into household names for gamers. NetEase picked up on this popularity and launched three battle royale style games (Knives Out, Rules of Survival, Survival Royale) on mobile in November. Tencent is also a smart publisher and launched PUBG in China.

Epic Games, the creator of Fortnite, announced a mobile iOS version with Android coming soon. While anyone can download the game now, you can only play if you’ve been invited. In less than 24 hours, the game rocketed to the top of the App Store, signifying clear demand for the product. Side note, I was in the first wave of invites and yes this does make me special.

To continue our story, Tencent catches wind of the hype surrounding Fortnite and soft launches PUBG for Android users in Canada, its first Western market. Not to be left out in the cold, NetEase (even though they have a head start) is beta testing FortCraft, which is a genius idea. Not only will the game show up in search results for Fortnite, but they’ve even skinned the game to look just like Fortnite… and so the knives are out! Pun very much intended.

There are other battle royale games on the market as well (some only have Android versions) but these are the big ones. With all of the big names involved, I think it’s safe to say there will be multiple winners in this battle royale.

What does the data say?

We’re going to release more data on Fortnite and the other new games, FortCraft and PUBG, as they get some more time under their belts, but here’s a look at NetEase’s performance and a sneak peak at Fortnite: 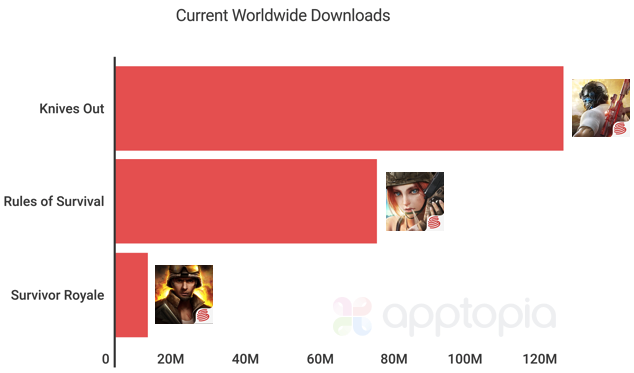 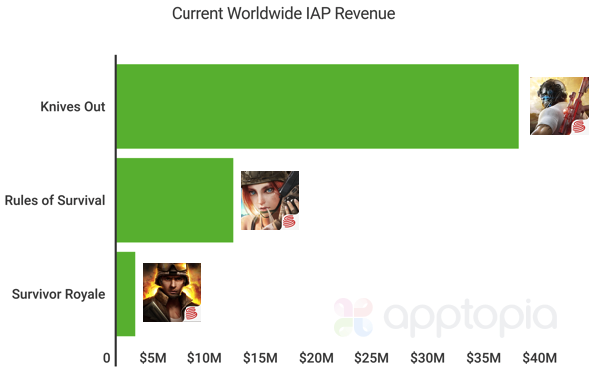 The battle royale genre represents the first genre that is having success in East and the West. Most massively popular games are a hit on one side of the globe but not the other. Think about Candy Crush in North America and Honor of Kings in China. They are live in one way or another in other parts of the world but put up mediocre numbers. Here's a look at both download and grossing charts for Knives Out and Rules of Survival in the App Store. You can see Knives Out is more successful in Japan and Rules of Survival is more popular in the US.