We've just released our new and data-packed report, Benchmarking the Global Mobile Retailing Landscape. The report looks at the global and regional shopping app leaders across Q4 2021 and the full calendar year. We then dive into the specific U.S. markets of Brick n' Mortar retailers, Fast Fashion, Direct to Consumer, C2C Marketplaces and Luxury retailers.

As far as generating new mobile app users goes, the United States is the only region where Amazon still has a stronghold. The variety of local options or other global powerhouses has been increasing these past few years, hurting Amazon's ambitions of being the everything store for the world.

Three other things that stand out to me when looking over this chart:

1. Europe is the only region to not have a global ecommerce marketplace as its top app. Vinted is a consumer to consumer marketplace, specializing in vintage clothing. The company raised $303M at a valuation of $4.5B in May of last year.

2. SHEIN, the dominant fast fashion player and now general ecommerce juggernaut, has landed in the #2 spot in four out of the five regions we've showcased.

3. Nike is the only direct to consumer brand to make any of these five top charts, coming in as the sixth most downloaded Shopping app in the United States. The company has strategically focused on increasing its digital presence, including other apps in its portfolio such as Nike SNKRS. 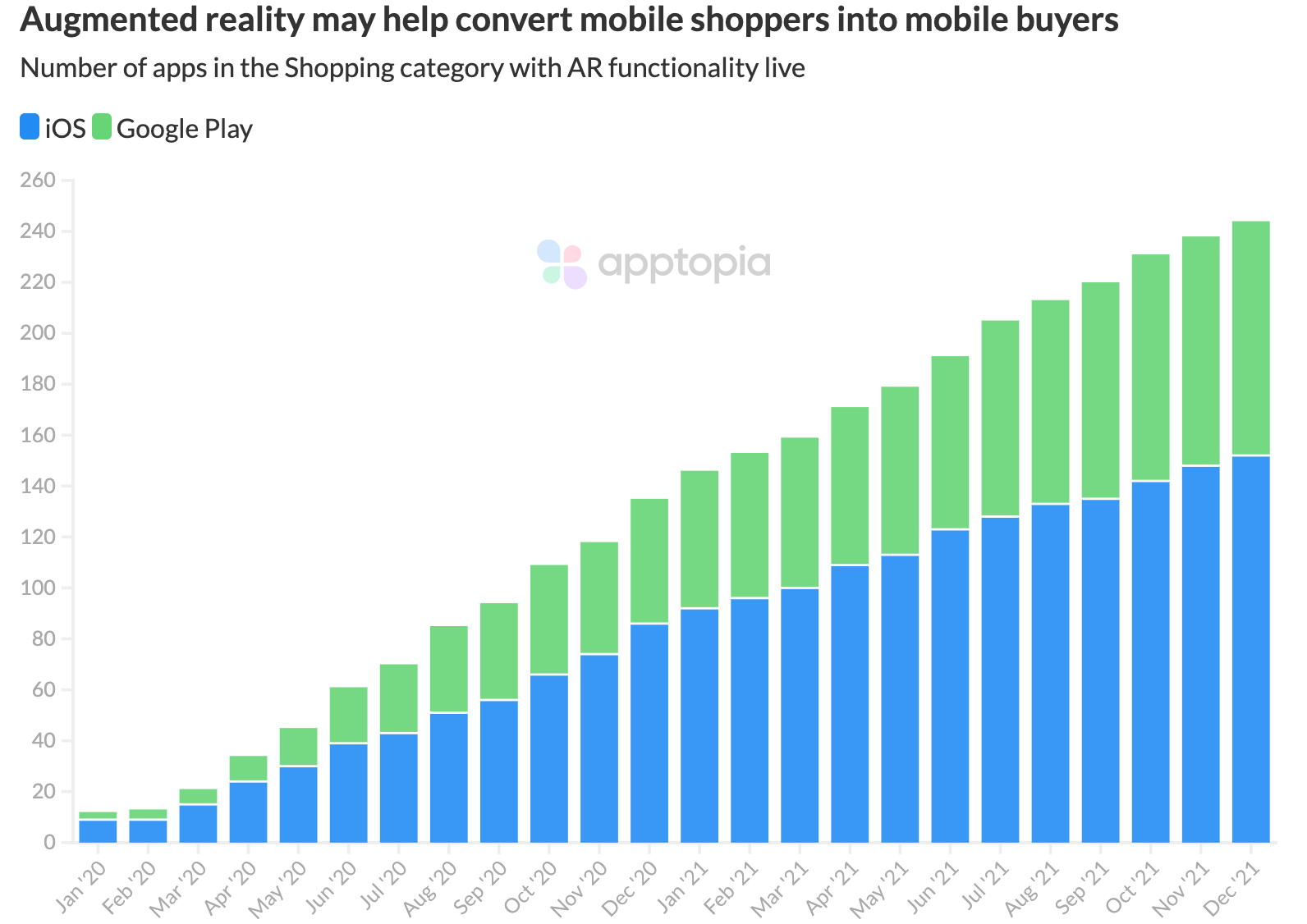 One of the major trends we detail in the report is the rise of augmented reality in shopping apps.Referencing Apptopia’s X-Ray dataset, we see a dramatic increase in the number of Shopping apps deploying augmented reality tools into their mobile apps. Companies like Warby Parker and Sephora are enabling shoppers to virtually try on products to see how they look before purchasing. This increases time spent in-app and confidence in making a buying decision for the shopper. Furniture companies like Ikea and Wayfair are also using AR so shoppers can visualize what a new couch might look like in their family room.