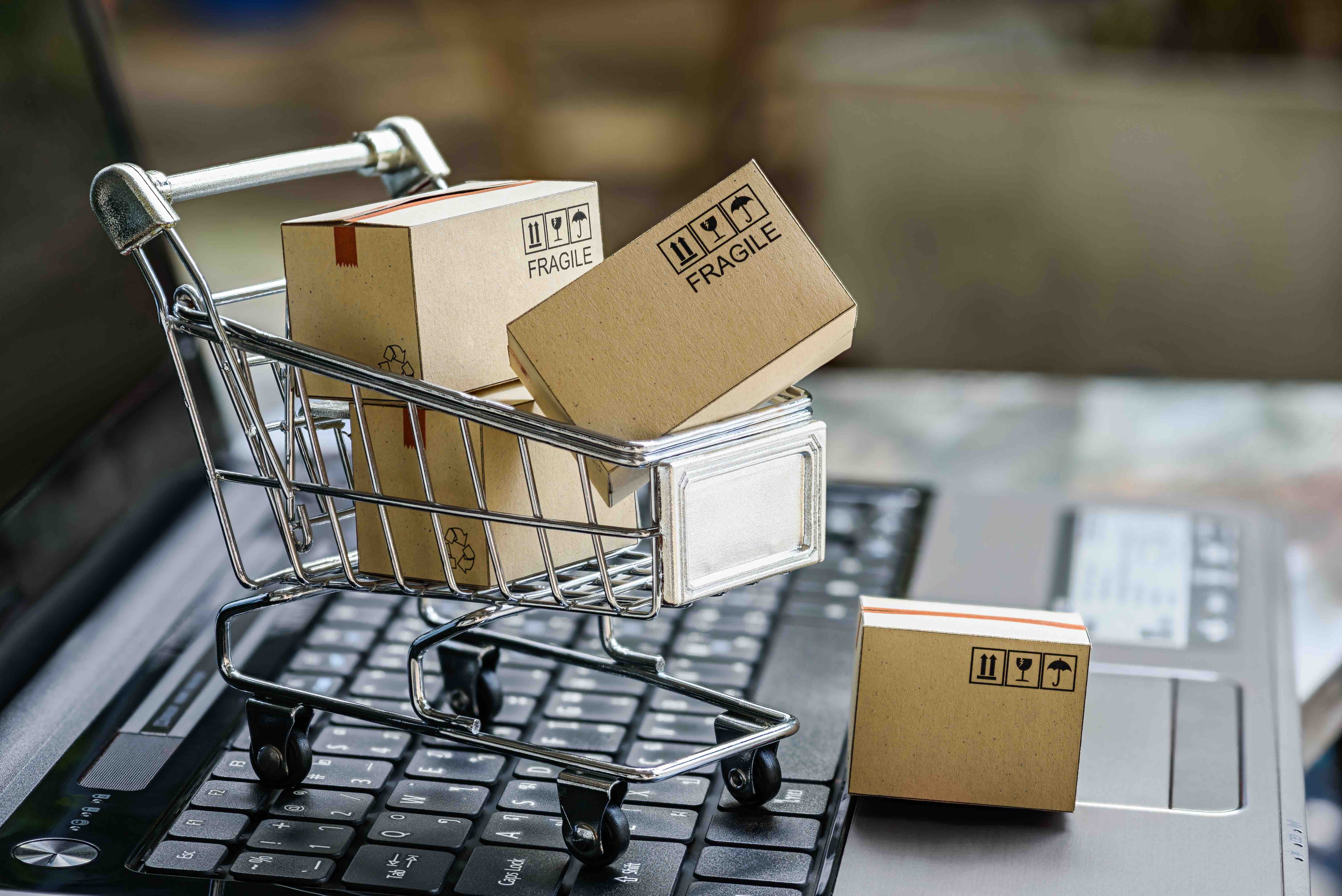 We've just released our data-packed report, Benchmarking the Global Mobile Retailing Landscape. The report looks at the global and regional shopping app leaders across Q4 2021 and the full calendar year. We then dive into the specific U.S. markets of Brick n' Mortar retailers, Fast Fashion, Direct to Consumer, C2C Marketplaces and Luxury retailers.

For the top 30 Brick n’ Mortar apps, the .2% growth YoY in  2021 suggests mobile took a backseat to the physical stores that operated at near-normal in 2021. But under the hood of the fastest growing apps, mobile leaders spent 2021 testing, iterating and innovating.

Take Macy’s for example. It installed an in-app scanner not only for price check, but to pull up online reviews of the product months before Amazon announced that as a key experience in its impending brick n’ mortar store. This was one of many customer experience enhancements Macy’s released in 2021 while it doubled its routine updates YoY.

Scroll past the Fastest Growing Leaderboard to see detail and the 58% increase in daily sessions as a result. 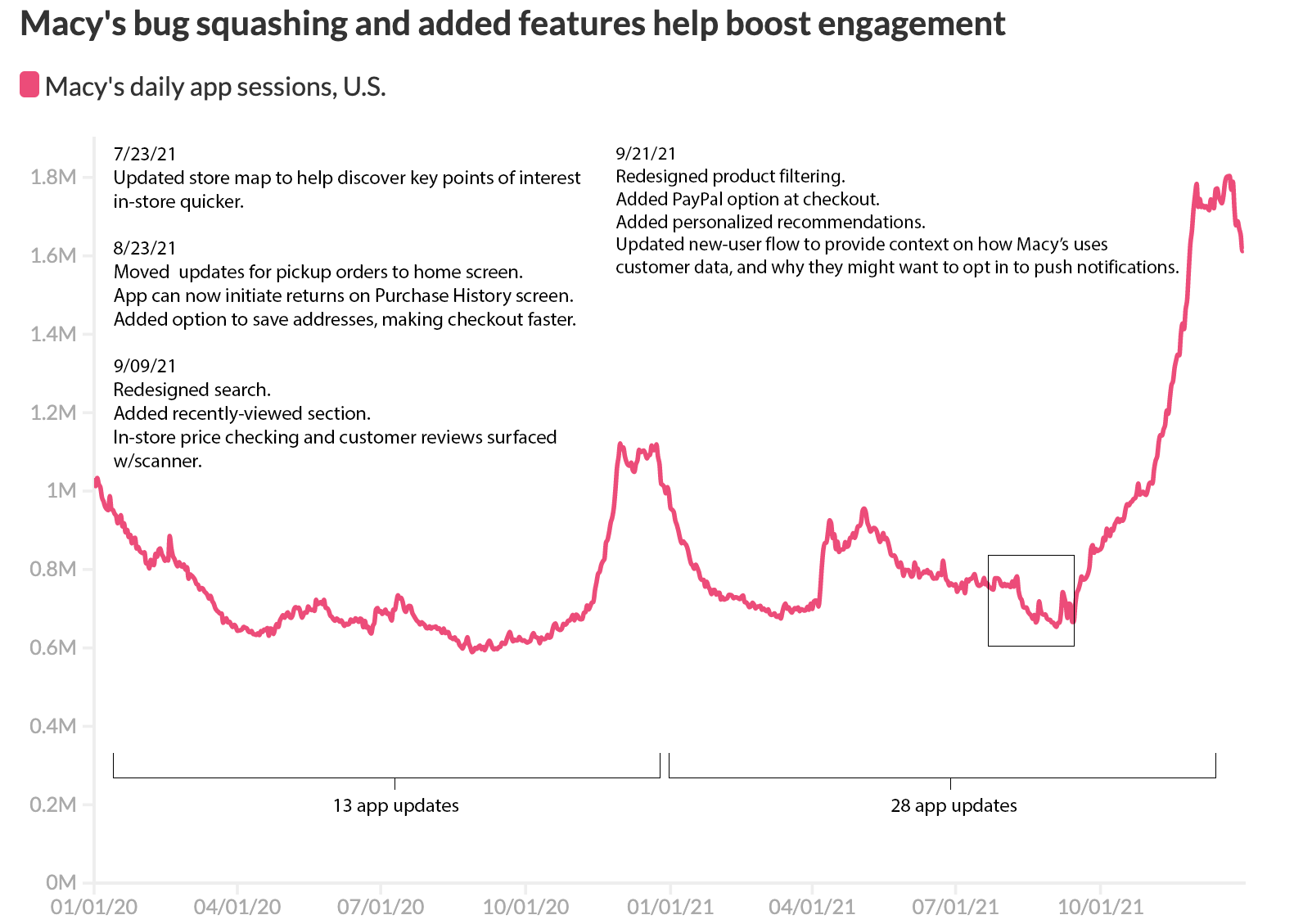 With the exception of IKEA, whose growth can be attributed to its U.S. launch in Q4 2020, the activity from brands on the “Fastest Growing” list matches Macy’s. Apptopia’s Performance and SDK Intelligence reveal Old Navy, Dick’s Sporting Goods and Walgreens invested in new features and UI improvements for today’s brick n’ mortar mobile shopper’s needs.

What the fastest growing brick n’ mortar apps did to drive downloads in 2021:

Across the board, brands waited to launch the major feature updates/redesigns until the second half of the year. For a category that has to take an omnichannel approach, taking time to assess the ‘new normal’ of consumer demands and behavior shifts in commerce before investing in innovation makes sense.

But there’s something to be said for moving fast as well. The key is to balance listening with action.