Buy Now, Pay Later apps are poised for their biggest holiday season yet 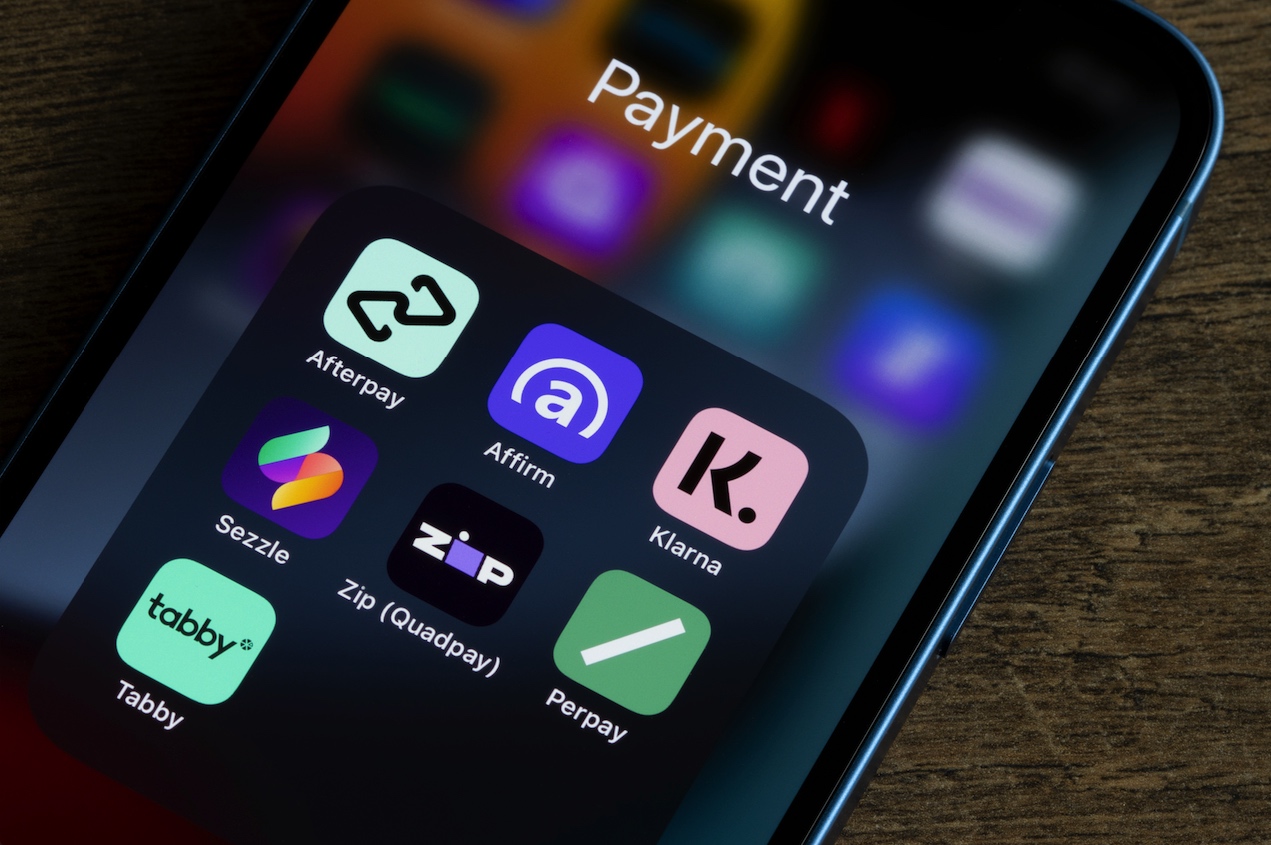 The top five BNPL (buy now, pay later) app downloads hit 6.8M downloads this past November, a 54% increase over last November, while MAUs have grown 63% YoY. The top five apps are Klarna, Afterpay, Affirm, Zip and Sezzle. There are other smaller players too such as Spotii and Four. 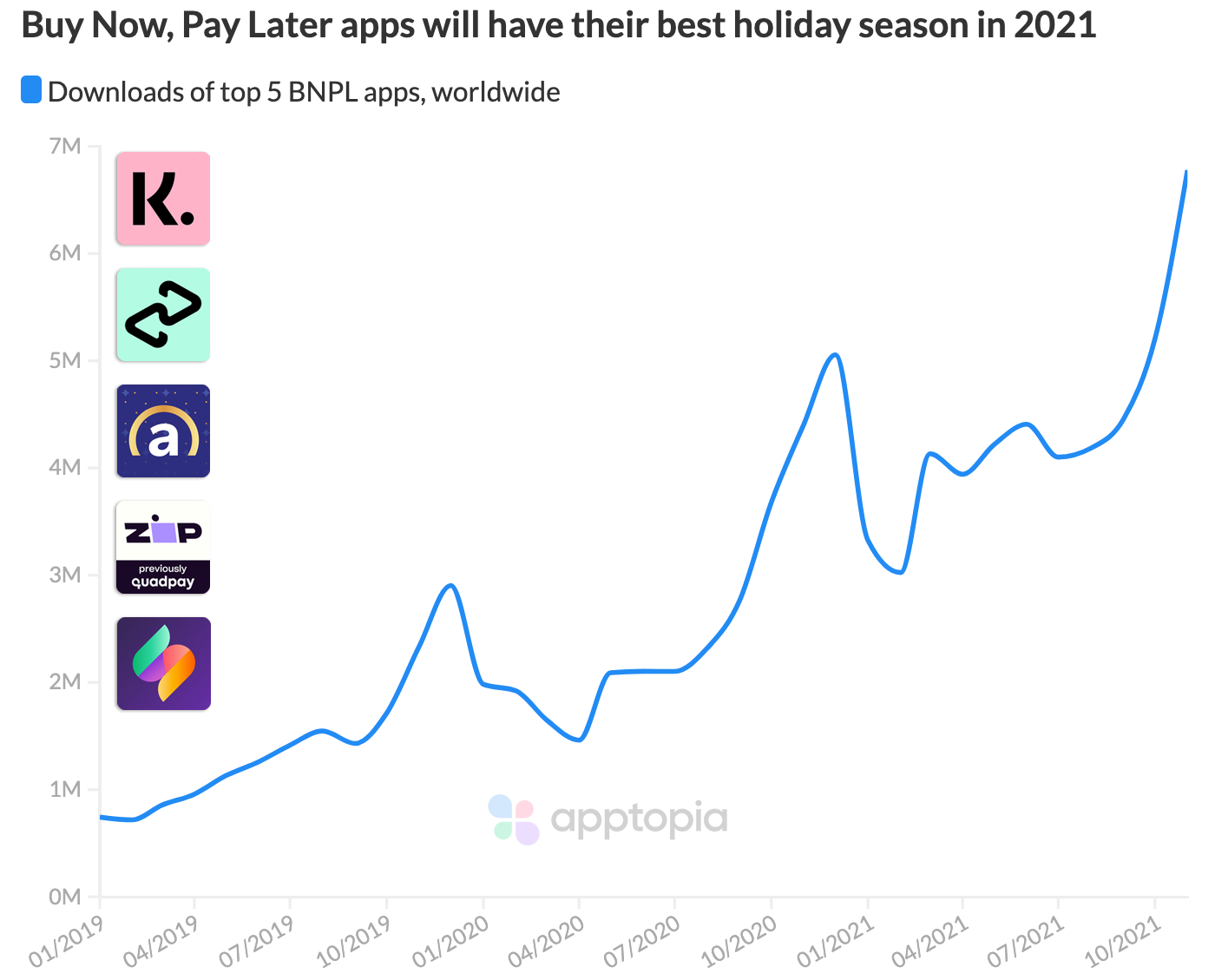 Klarna is clearly the largest player in the space, with its market share of new users holding steady. Earlier this year, we interviewed Klarna’s CMO (David Sandstrom) after the company ran a commercial during the Super Bowl. Sandstrom made it known that Klarna had ‘super app’ ambitions. Today, the app is not just used as a means of paying for big ticket items via installments. It’s also used to shop affiliate brands and get discounts, as well as tracking shipments. It’s not too far off from Shopify’s Shop app which originally started as a package tracker. 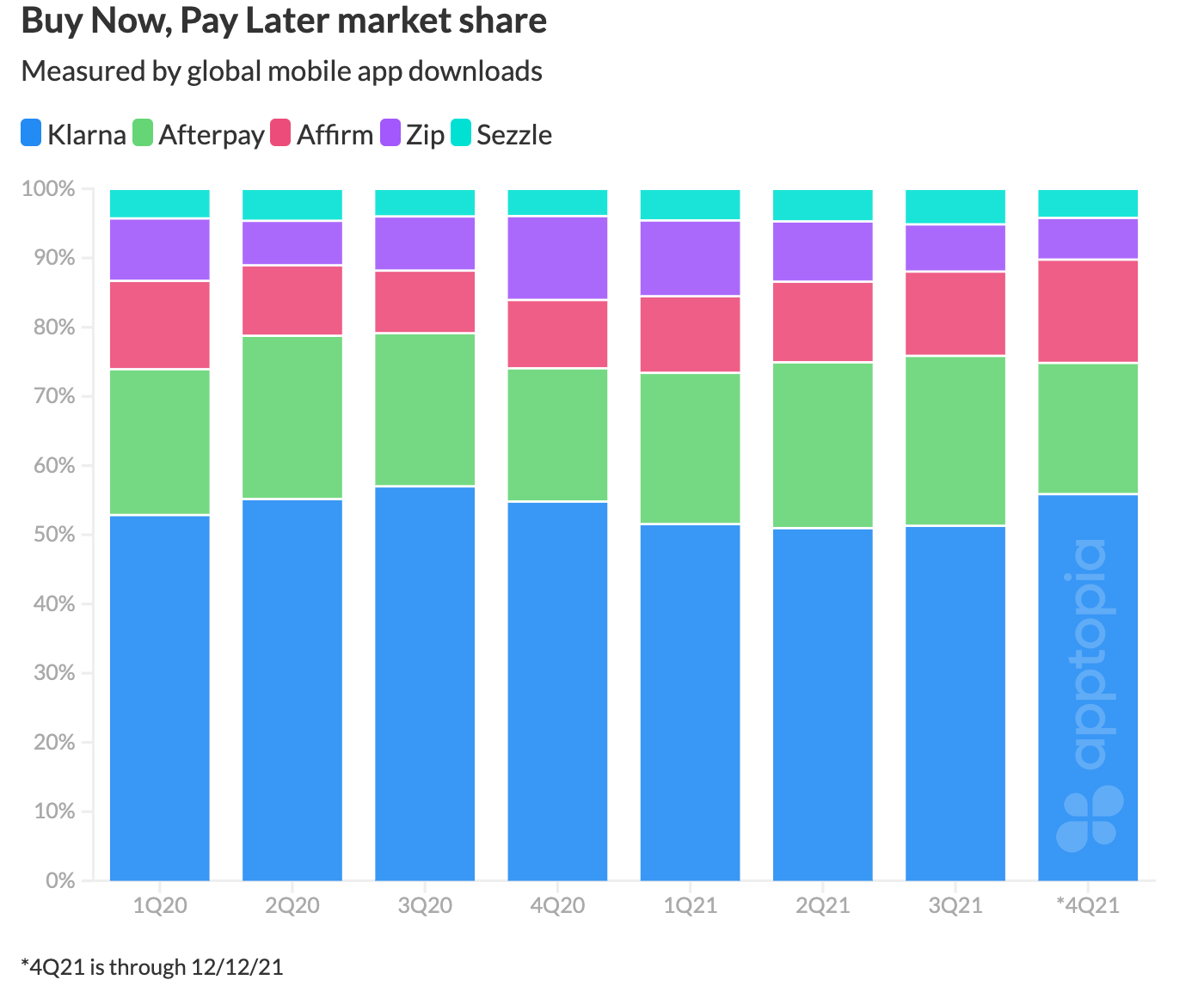 Another thing going in the market leader's favor is its increasing sentiment from user reviews. Klarna used to have the lowest percentage of positive user reviews when compared to its peers.  Its score has increased from 59% in Q4 2020 to 73% in Q3 2021. Sentiment Analysis score ranges from 0% - 100%, where 100% indicates the best positive sentiment score possible.

In looking at intent, or why people are leaving reviews, we see that "Performance & Bugs" was responsible for 32% of reviews left in Q4 2020. By Q3 2021, that percentage had dropped to 23%. Mobile apps are dynamic pieces of software that require constant love and attention (updating). The more teams invest into their apps, the more customers will love them. Make sure to stay up to date on the overall mobile retail market by downloading our latest free report with the button below.