Despite the recent controversy surrounding the NBA, fans were more engaged on mobile this preseason than last. The NBA’s iOS app in China attracted an average of 19% more daily active users (DAU) during this year’s preseason compared to 2018. The U.S. iOS app also grew average DAU, to the tune of 4%. 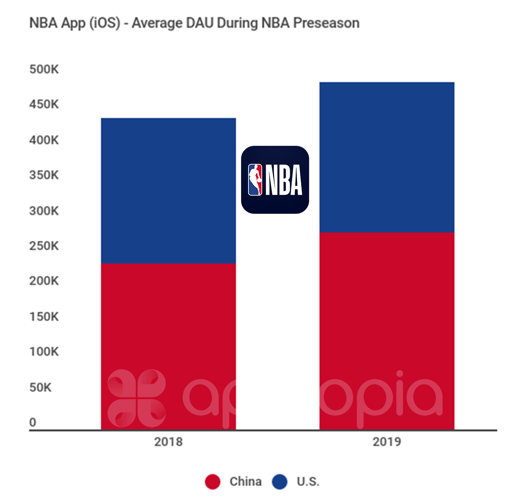 For those of you living under a rock, the NBA’s been entangled in an ongoing controversy this month after Houston Rockets General Manager Daryl Morey tweeted a show of support for protesters in Hong Kong. The tweet was met with backlash from Chinese government officials, brands and celebrities. To make matters worse, the NBA’s response to the backlash prompted harsh criticism from fellow Americans including, most recently, Vice President Mike Pence.

Chinese celebrities may be boycotting games and American celebrities may be condemning the organization, but behind the scenes, the NBA’s mobile game remains steady. The NBA app grew daily average installs in both China and the U.S. this preseason -  2% and 4% respectively. 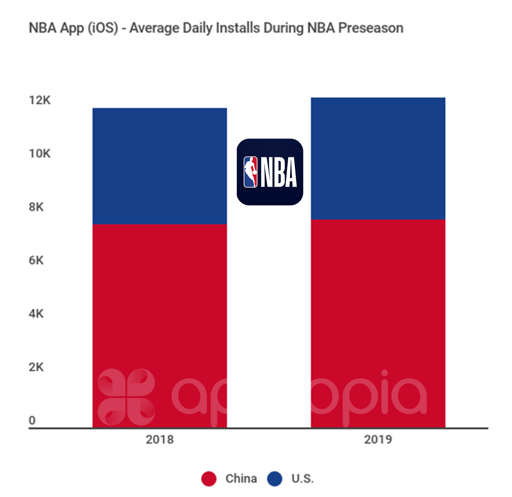