Chipotle is still living its best life after implementing a new loyalty rewards program in March 2019. Looking at the MAU of its mobile app charted out over the past four years, we see its rewards program has propelled it to new heights.

What does the rewards program look like? From CNBC, “Users can enroll via the Chipotle website or app, receiving 10 points for each dollar spent, earning a free entree with 1,250 points. First-time users will also receive free chips and guacamole and can accrue rewards online, in store or on the app.”

On the day this debuted in March, 43,000 people in the U.S. downloaded the mobile app. Since the implementation was at the end of Q1, this boost was mostly felt in CMG’s Q2 earnings. Looking at the company's earnings, we see revenue increased 13% and comparable-restaurant sales increased 10%. The company believes this was largely, if not entirely, driven by digital sales. Digital sales make up about 18% of Chipotle’s total. 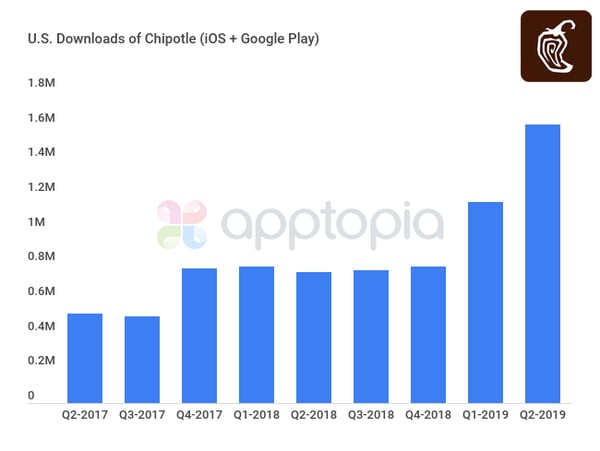 Loyalty programs are not meant for short term gains. Chipotle is betting on better engagement going forward. One way I like to measure engagement is looking at the relationship between DAU and MAU. The closer an app’s DAU number is to its MAU number, the more "sticky" the app is. For example, if an app with 100 MAUs also has 90 DAUs, this means the vast majority of users are using the app on a daily basis. 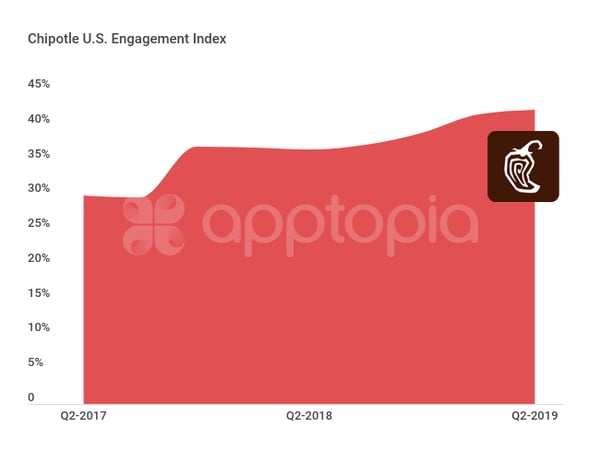 Chipotle has been growing its user engagement slowly and steadily, reaching a 42% mark in Q2. This would mean that on average, active users are opening the app just less than every other day. Brands already know the power of a loyalty rewards program. It's nailing the details of the program that make all the difference.