This may come as surprise to you… but most of us at Apptopia are coffee addicts.

So, in the spirit of all things caffeinated, we decided to break down the apps behind the six largest coffee chains in the United States.

In no particular order, here’s which ones we looked at:

Before we get started, it's important to understand the data we're using:

‘To inspire and nurture the human spirit -- one person, one cup, one neighborhood at a time.’

That’s the famous slogan behind Starbucks, the largest coffee company in the United States. In our analysis, Starbucks hit nearly 9M downloads in the last 365 days across iOS and Google Play. This works out to nearly 64% more downloads than it’s nearest competitors, McDonalds.

So - what coffee do the majority of Americans use every day? The answer is again, Starbucks. 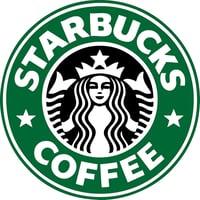 Again, Starbucks separates itself from the rest of the pack when it comes to 30-day retention, especially on iOS. 30 Days after download, 15.3% of users continue to use the app - nearly 3x the closest competitor.

Have an app we should have added? Want to see how we use Apptopia to create these analyses?