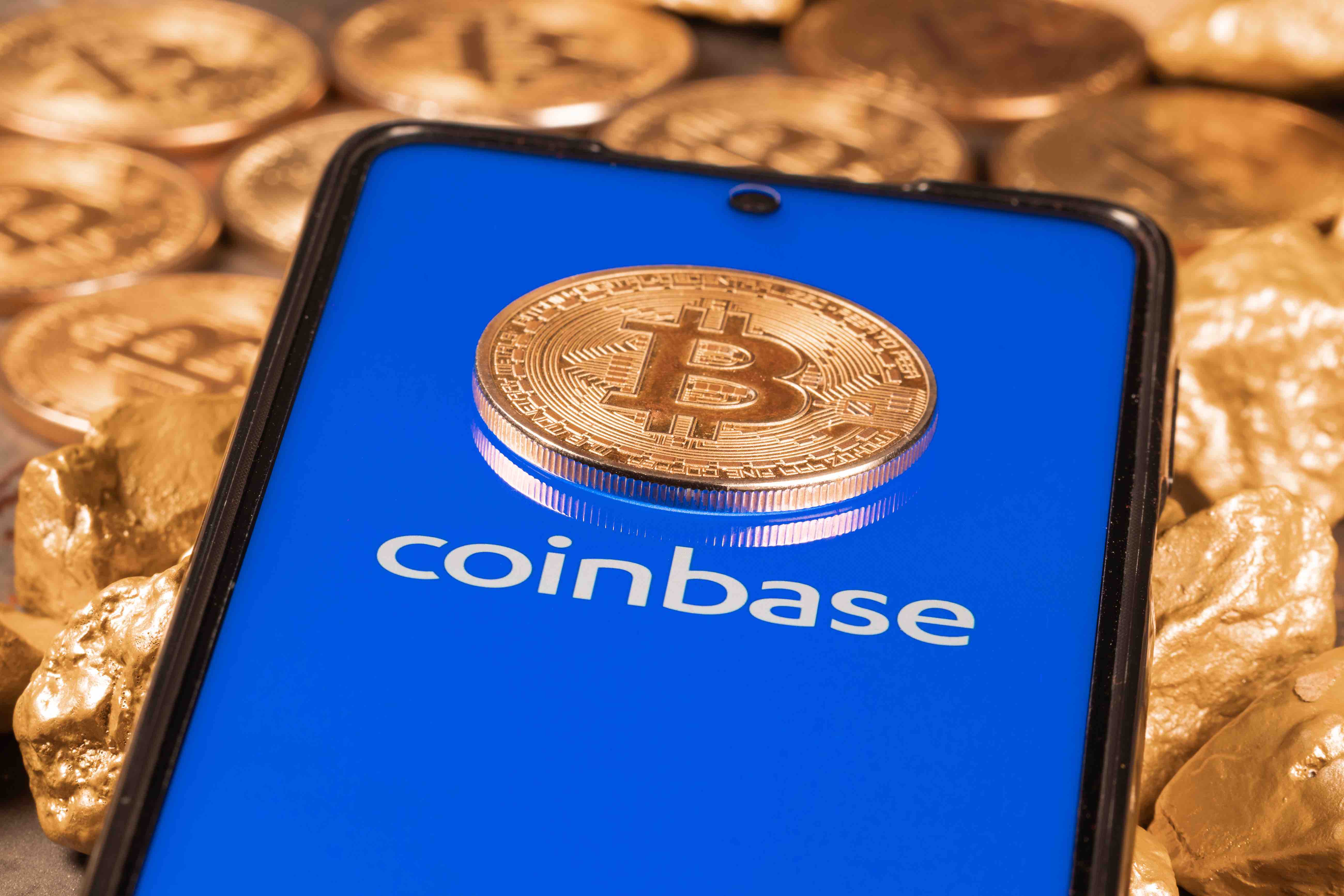 Last week, Coinbase (COIN) IPO’d. This highly anticipated event exceeded expectations, as Coinbase’s valuation reached over $80 billion after its first day of public trading. It also marked a turning point for cryptocurrency, which is now well on its way to wide acceptance.

In its first week as a public company, Coinbase’s four main apps were downloaded about 2.7M times total, 2.3M of which were for its  Coinbase - Buy & Sell Bitcoin app. All of its apps, except Coinbase Card, broke their lifetime records for single-day downloads and daily active users (DAU). 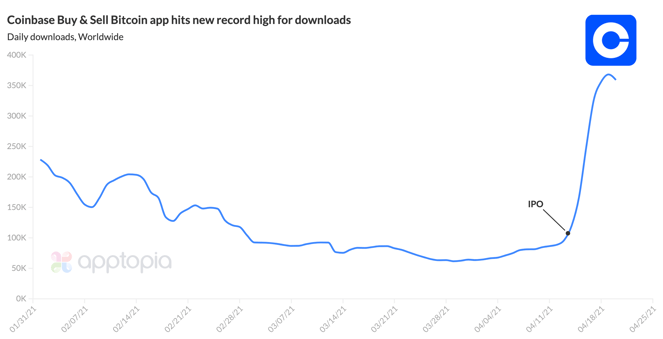 Surprisingly, the app did not break its existing app store rank record. The last time this app was #1 on the Top Overall chart of the iOS or Google Play app store was in December 2017. This past week, the app reached #2 on 4/15 (both stores), stayed there for a couple of days, then dropped to #7.

Create a free report on five of your favorite crypto apps

Coinbase's smaller apps also fared well this week. Coinbase Wallet, the companion app for the Buy & Sell Bitcoin app, broke into the top 20 of the Top Overall chart on iOS for the first time in its lifetime. Wednesday,  4/21, the app also enjoyed its highest number of single-day downloads and DAU. These new highs represent a 1,000+% YoY increase in downloads and an 800+% YoY increase in DAU.

Coinbase's other app, Coinbase Pro, is designed for advanced crypto traders. This app logged over 378K DAU on Wednesday (4/21), its highest ever, then continued to grow. Two days prior, it also hit a new record high for downloads with 25K. 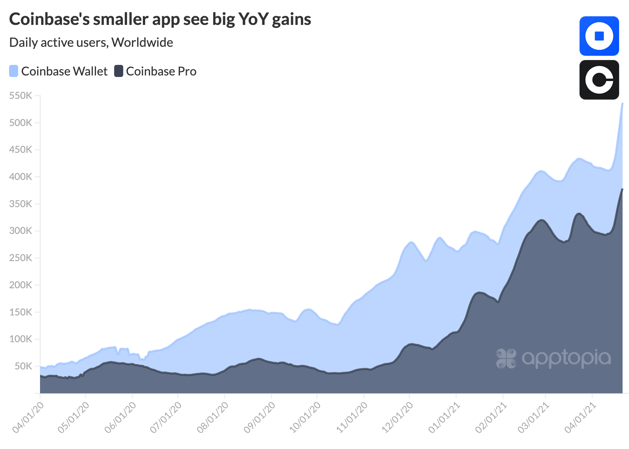 Competing crypto apps get a boost

We’ve had front row seats to the shift in attitude toward crypto. In the summer of 2020, we reported an uptick in crypto downloads that appeared to be more substantial than previous surges. The market continued to grow alongside the price of Bitcoin (BTC), and more mainstream fintech apps, like PayPal, got involved in the action. Then, more recently, NFTs drew excitement to the space.

Given its massive strides, crypto is here to stay, which means crypto apps are too. Coinbase, as the largest crypto-focused app, and the first to go public, has a significant lead in the market. However, Binance, eToro, Trust, and Crypto.com all saw upticks in downloads and engagement this week too. And, interestingly enough, Binance was downloaded more than Coinbase - Buy & Sell Bitcoin over the past 30 days, and logged more DAU. 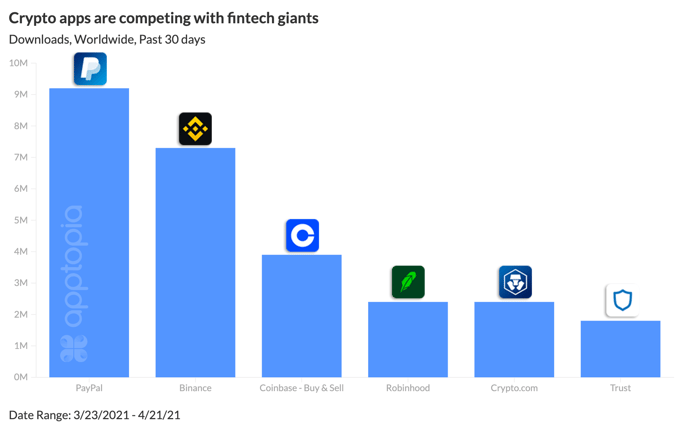 In fact, Binance isn't even far behind fintech giant PayPal in terms of new user acquisition. Over the last 30 days, Binance was downloaded 7.3M times compared to 9.2M times for PayPal. Takeaway? Don't get too comfortable, Coinbase.

Given how fast this space moves, we'll be keeping a close eye on these apps, plus any daring new entrants. Follow along by subscribing to our weekly newsletter.

Create a free report on five of your favorite crypto apps