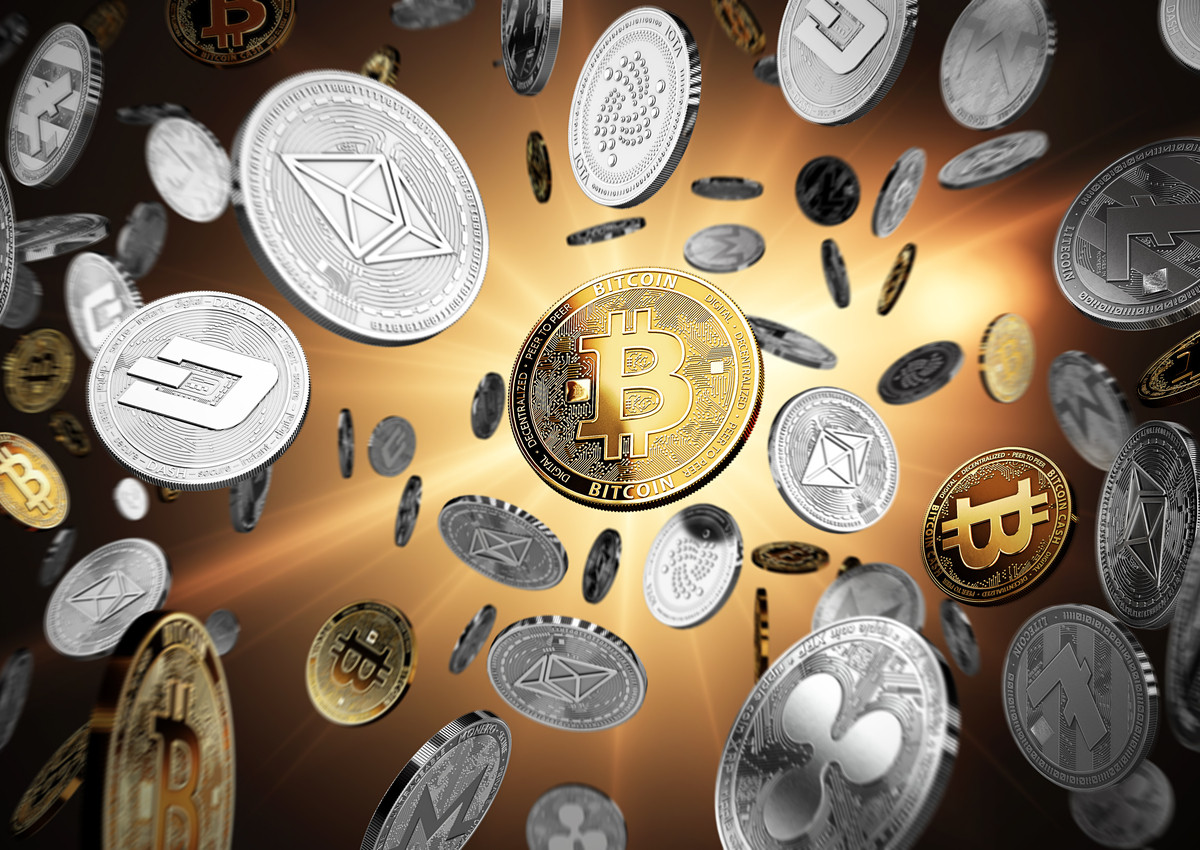 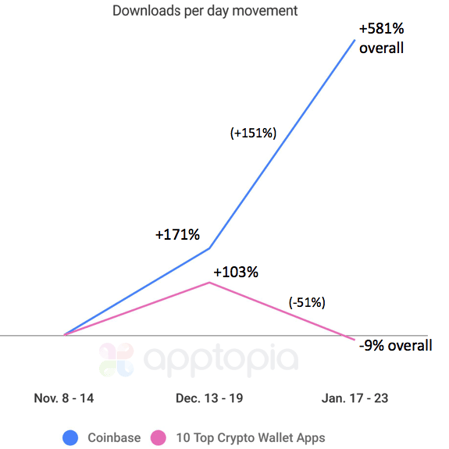 Robinhood, a stock brockerage app, just yesterday introduced the ability to buy and sell Bitcoin and Etherum for free. Robinhood has a built in user base and intuitive UX. Robinhood has shot up in rank in both app stores but this is nothing new or special. This happens when an app has a big round of news coverage. Since its clear Coinbase is far and above the leader in cryptocurrency wallets, we'll be tracking its competition with Robinhood going forward. The real measure of success will come a few months down the road when looking at MAU, engagement and retention.

Speaking of retention, Coinbase has been able to grow its retention rate in recent months. This retention now tracks closely to how the top 10% of finance apps perform. Robinhood has similar numbers. Here, we show what retention for the app in the US looks like: