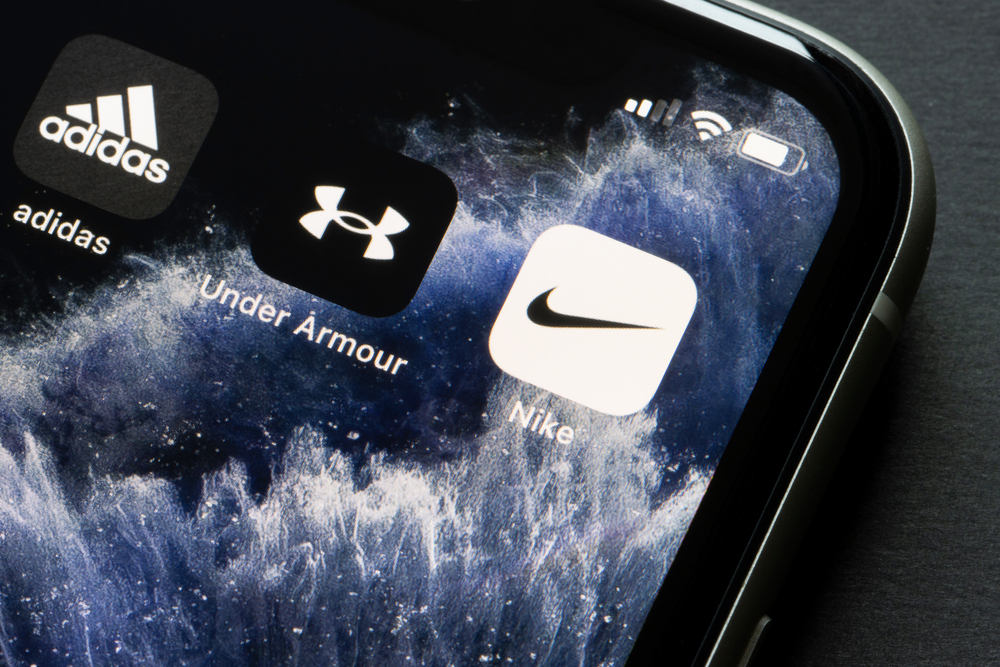 According to Apptopia’s recent analysis Benchmarking the Global Mobile Retailing Landscape, the top 15 direct-to-consumer (D2C) shopping apps grew for the third consecutive year: from 4Q 2020 to 4Q 2021, downloads increased 13.6%. Compared to the other U.S.-specific commerce markets featured in the report (such as Brick and Mortar, Fast Fashion, Consumer-to-Consumer and Luxury), D2C is the strongest next to Luxury.

D2C is defined in the report as “Brands that sell directly to their customers through their digital properties and sometimes physical locations.” The top 15 brands include Nike, Adidas and Lululemon, who have long invested in digital presence and contribute to the continual growth of this market. Think of when Asics bought Runkeeper or when Under Armour bought MyFitnessPal.

It’s not only athletic D2C brands that have invested in getting to know their customers and appealing to their lifestyles, clothing brands in this category traditionally paid attention to create compelling ad campaigns. This seems to be why D2C maintained momentum amid Apple Tracking Transparency (ATT) changes in 2021. The brands took their old fashioned, contextual advertising skills to mobile and acquired customers through engaging campaigns.

Under Armour won the race to be the Fastest Growing D2C App with a 117% gain in app sessions (from 4Q 2020 to 4Q 2021). Apptopia X-ray indicated the launch of its “Product Share” feature that allowed social media sharing powered this. Old Navy wasn’t too behind, with a 96% gain. As mentioned last week, Old Navy spent twice the amount of time on app updates, which helped improve customer experience. They also pleased their customers with a campaign to end a separate plus-size section, appealing to their audience’s values.

Emotion-based marketing and innovation have been at the forefront of consumer-acquisition tactics this year and are expected to continue in 2022. Levi’s did this well in 2021, coming up with a “Buy Better, Wear Longer” campaign in April. By conveying their planet conservation efforts, the brand was able to reiterate the high quality of its merchandise in a powerful way that clearly resonated with its mobile shoppers. The Levi’s app grew 33% from 2020.

Brand collaborations and social commerce were also big contributors to growth in D2C. Gap’s rising vogue since the mobile app and website started offering rapper Kanye West’s Yeezy collection is one of the most successful brand collaborations in terms of driving mobile growth. Both in-store and online shopping numbers have risen for the brand since September because of the collection.

In social commerce, Nike’s SNKRS app put the sneakerheads community at the core of the experience and hit 50M downloads in the first half of 2021 alone. According to Apptopia’s data, Nike’s revenue correlated highly with its strong mobile performance for part of 2021. 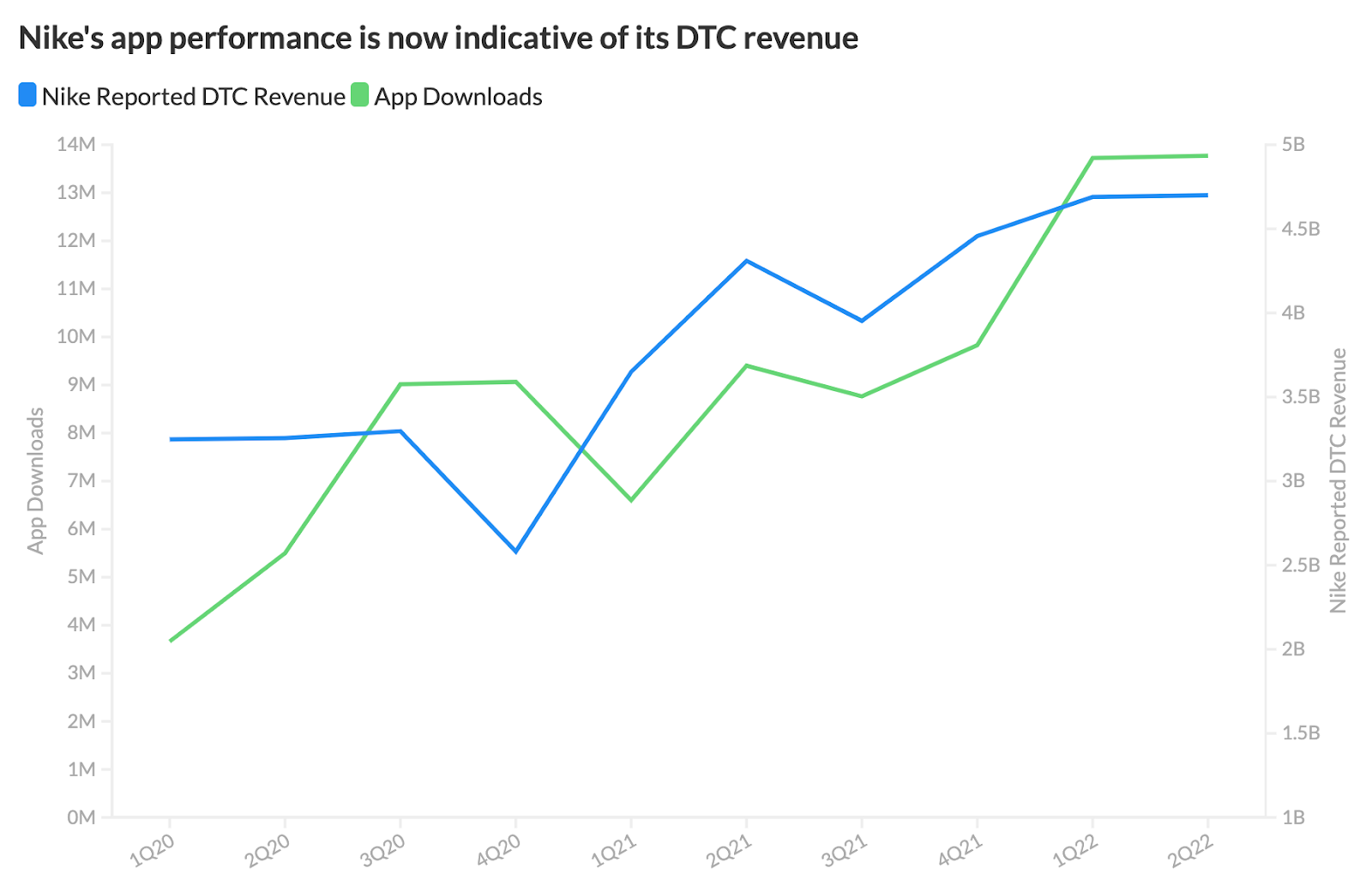 Online shopping is a practice largely dominated by younger audiences, so satisfying them automatically becomes key to finding success in cut-throat competition. That seems to be the secret behind Nike’s continued triumph as well. With the latest developments in technology, the brand has been investing heavily in curating the perfect shopping experience for consumers.

Nike Adapt is an AR-powered solution to customized designing and perfect fitting shoes. For the young shoppers who never knew a world without mobile, controlling every aspect of their purchase – from the color and LED lights, to voice control and Siri shortcuts – doesn’t feel futuristic, simply convenient.