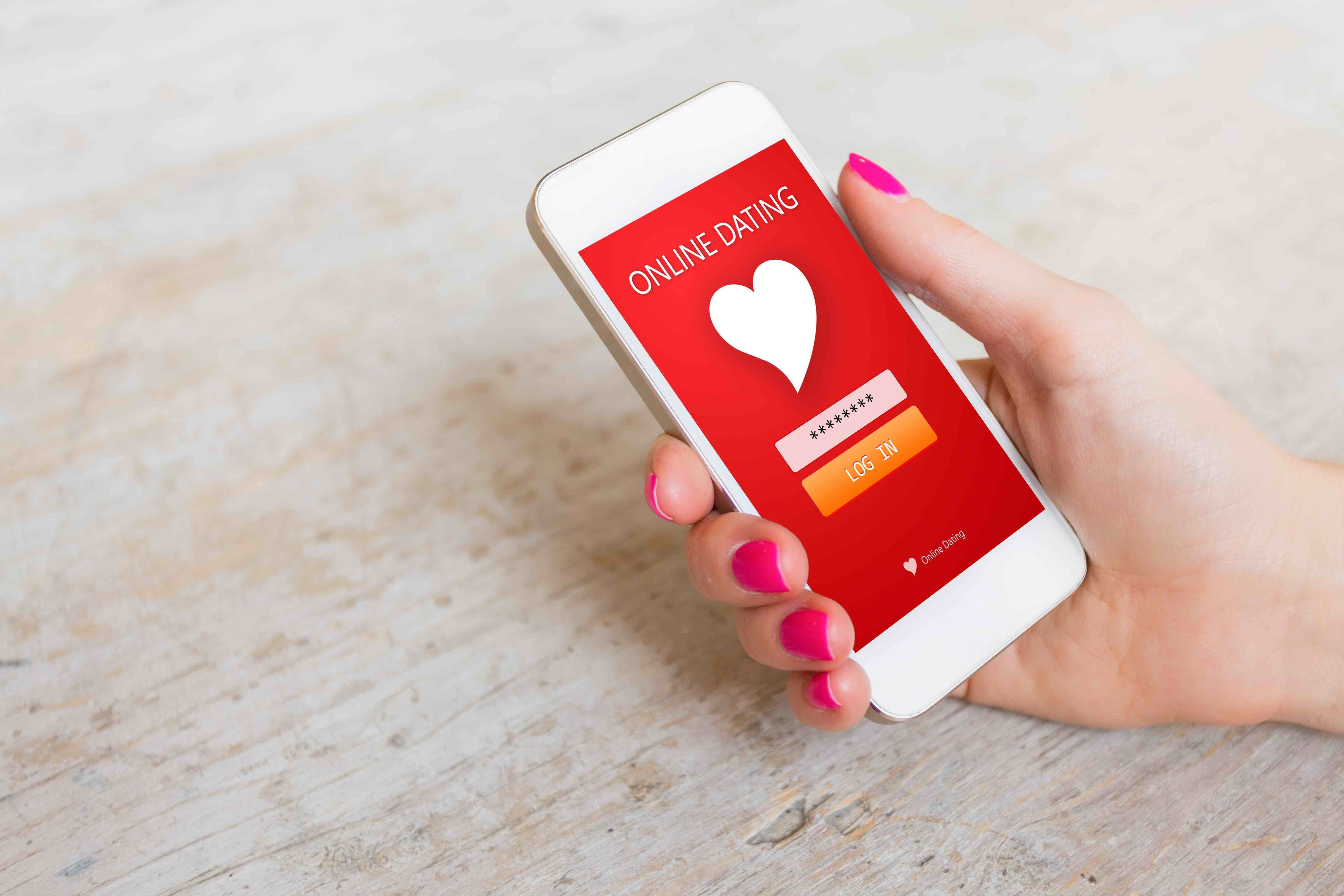 Most people predicted that online dating would take a hit from the pandemic. And at first, they were right. The dating app market took a nose dive in March by almost all metrics. Daily downloads of the top 20 dating apps in the U.S. hit their lowest point mid-April, just breaking 150K (between all of 'em).

However, the apps began to recover in the summer, and by September, daily downloads returned to over 90% of what they were pre-pandemic. Now, as we enter another critical season of COVID-19, downloads are sinking again. But, make no mistake: these apps– with or without large amounts of new users– are seeing plenty of engagement from existing users. 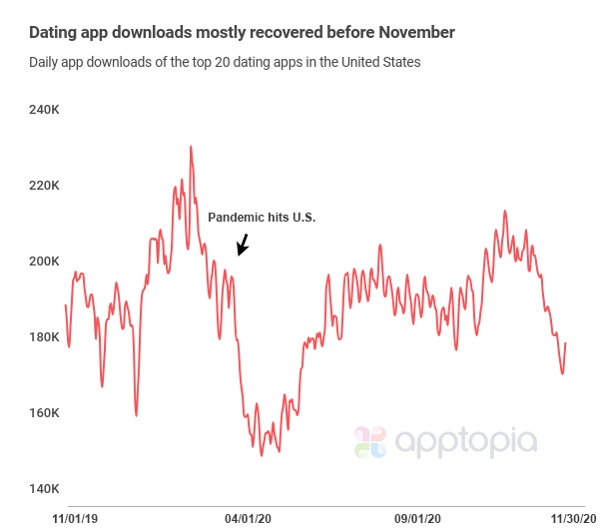 In November 2020, the top 20 dating apps in the U.S. attracted an average of 17 million daily active users together. That's two million more DAU than last November,  or a +13.37% increase YoY.  Normally, this growth wouldn't be too crazy, but again, we're in a pandemic – a period of nationally-encouraged social distancing. And yet, we have two million more people engaging in the dating scene. Personally, and to quote Meat Loaf,  "I would do anything for love, but I won't do that."

While a lot of the big names were part of this upward trend, it was smaller/more niche apps that saw the biggest gains. LOVOO, the smallest app of our market,  increased DAU +130% YoY.  LOVOO currently markets themselves as a "Video Dating Chat," so it makes sense that they're seeing success in the age of social distancing.

LOVOO's growth is followed by that of  BLK - Dating for Black singles, Hinge, Chispa - Dating for Latinos, Grindr - Gay chat, and HER- Lesbian & LGBTQ dating. Aside from Hinge, each of these apps are community-specific. In a time where we need community and comfort more than ever, this app trend checks out too. 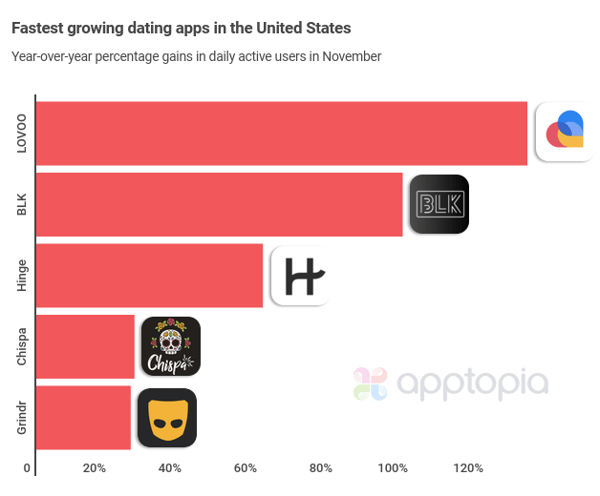 As for the big'ns, Tinder and Bumble come out on top with the highest average DAU throughout the year– about 5M and 4.2M, respectively. They're followed by Match (1.3M), Plenty of Fish (1.1M), and Hinge (670K). It's critical to note that every one of these apps, except Bumble, is owned by the Match Group. $MTCH also has their hands in Chispa and BLK. 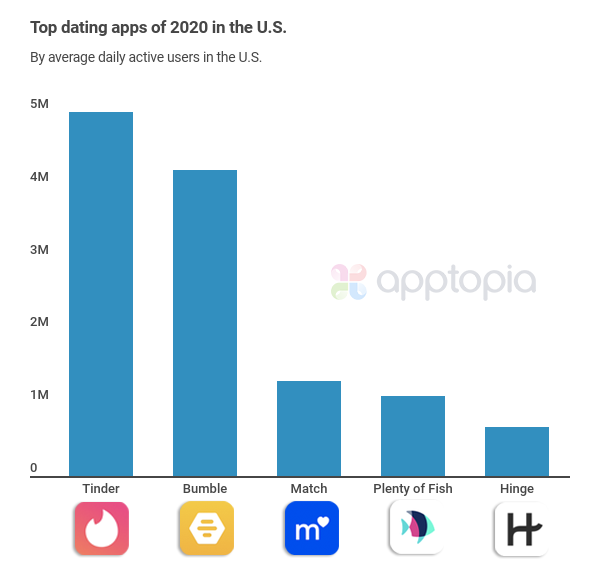 Did your quarantine dating app make the cut? If not, check in on their performance by clicking that big blue button below.