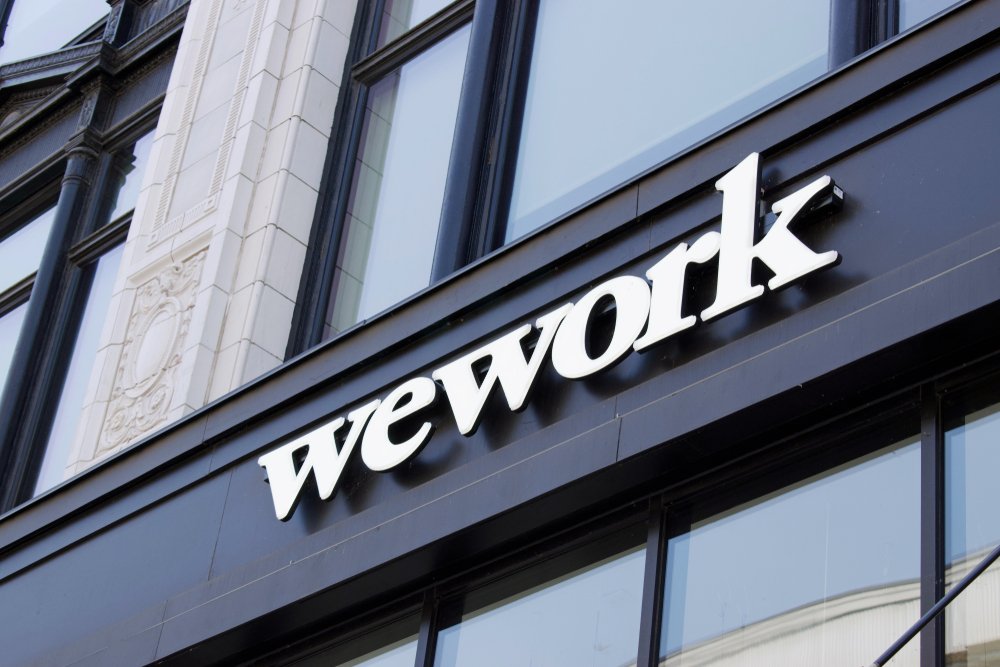 I think we can all agree that WeWork is not a tech company - its product is a physical space. Like all companies these days, WeWork does deploy tech to run its company and make its customer experience better. One piece of tech is the WeWork mobile app which enables its users to book conference rooms, check in guests, discuss ideas and find/list opportunities.

Has growth slowed down for WeWork? As you can see above, new user growth was good but has slowed these past two quarters. Having said that, the Regus mobile app receives about half as many new installs per month as WeWork. Its growth is also much less consistent quarter to quarter. 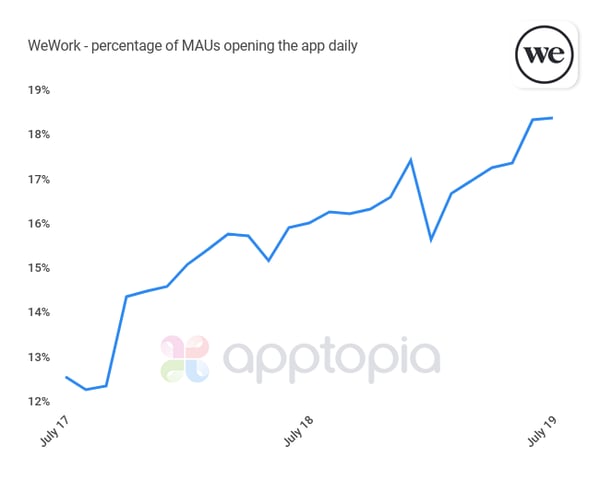 Engagement with the WeWork mobile app has increased nicely. In July, roughly 18.5% of WeWork’s monthly active users launched the app at least once per day. That’s a nice jump over last July where the number was at 16.2% and 12% the July before that. Given the growing engagement, you would think WeWork is doing a good job of creating value within its mobile app. However its iOS app ratings, even with the low number of ratings, do not indicate that.

Before I go, I will leave you with this fun fact: The #1 market for both WeWork and Regus is the United States and the #2 market for both is China. This is based on global downloads for the past 365 days. Another company looking to IPO soon, Airbnb, is also showing strong growth in China.