The transition to digital remittances has been accelerated; remittance apps see sharp uptick in new users

Apps used for the purpose of sending money to other people, also known as sending remittances, have been adding new users at a dramatically higher rate this quarter. They’ve been steadily increasing for some time, but this quarter specifically has seen a noticeable step up. For this research, we looked at 10 top remittance apps: PayPal, Cash App, Venmo, Western Union, Zelle, TransferWise, Remitly, WorldRemit, Xoom, and MoneyGram. 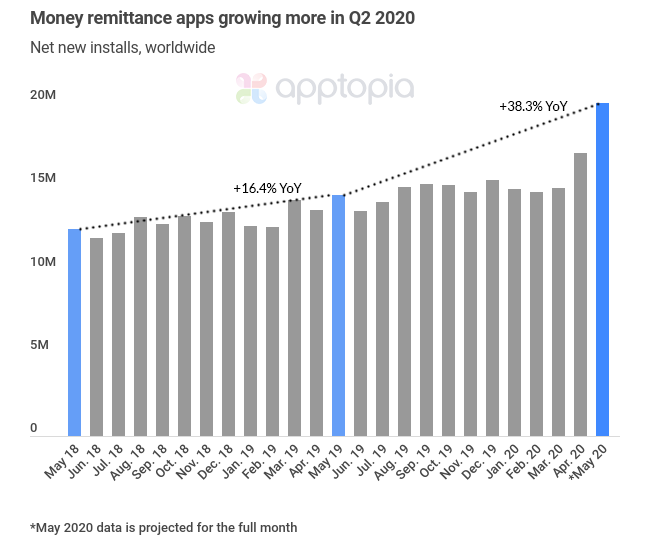 This trend is very global, and what I mean by that is that there are very few countries in which we are not seeing this collection of mobile apps rising sharply in new users. Why? I’m no remittance expert but I have to believe the transition to digital remittances has been accelerated by the closure and/or fear of going to physical branches of companies like Western Union and MoneyGram. There are a lot of people out of work who may be relying on remittances from family members more now. Another possibility is that they have switched to these digital players because they get money to the recipients faster, and oftentimes, they have lower fees than their local physical outpost. 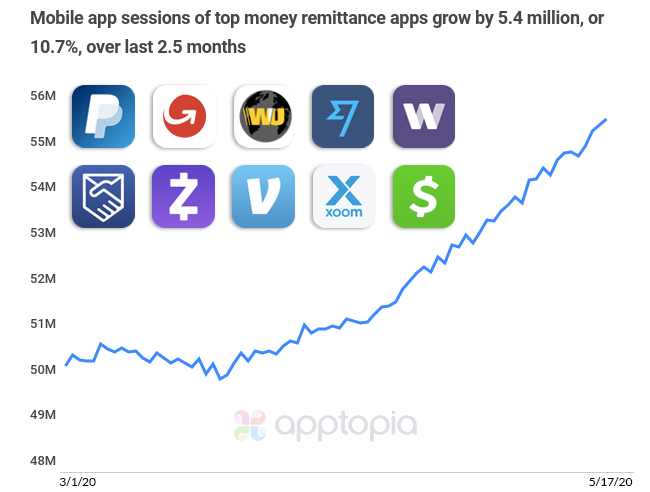 While all 10 apps are projected to grow year-over-year for the month of May, Remitly, Xoom and MoneyGram are on pace to experience the highest levels of growth. At an estimated 256%, Remitly has grown much faster than its rivals.

Latin America, Southeast Asia and Africa are the top three regions for the recent boom. As a proxy, take a look at the growth seen in Indonesia, Nigeria and Brazil: 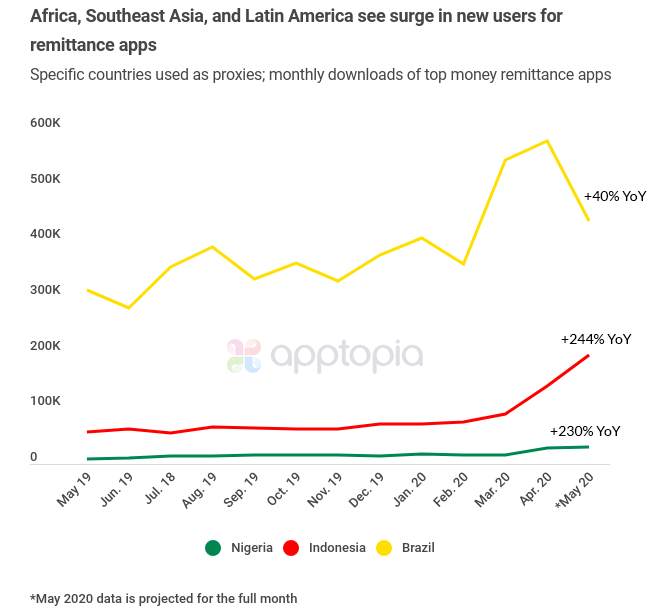 Are there more learnings of this trend that you're craving to uncover? Gently click the big blue button: