Downloads of Playrix's Gardenscapes and Homescapes are booming

Playrix is easily the most successful publisher from Ireland in terms of revenue. In 2018, only eight publishers brought in more revenue through in-app purchases. This is pretty amazing considering Playrix only publishes four games, all four of which are consistently top 50 grossing games in both the App Store and Google Play.

Recently, Playrix’s two flagship games have boosted worldwide downloads dramatically since December. Not included in the chart below is the month of March which is currently on pace to surpass that of February. 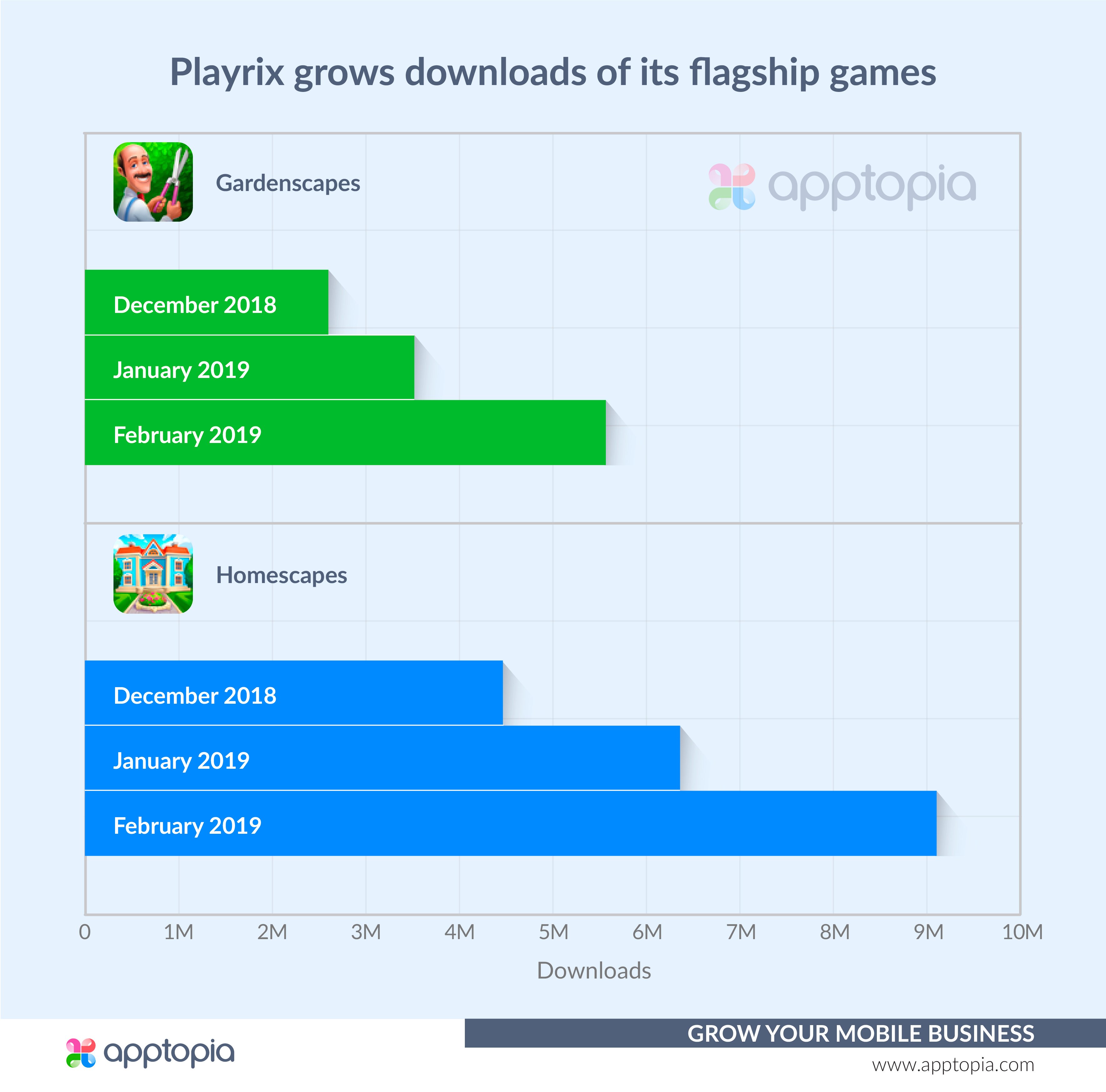 According to GameRefinery, despite their rise in downloads, neither Gardenscapes nor Homescapes has seen feature changes to the game in the past few months. Instead, Playrix’s live ops teams are doing a great job of delivering engaging content, particularly in the form of events and egged on by the success of their primary competitor, Matchington Mansion. Both Gardenscapes and Homescapes are constantly featuring recurring and non-recurring events to boost player engagement and monetization.

Advertising likely plays a key role here in acquiring the new installs as well. According to Apptopia Advertising Intelligence, over the past 30 days, looking at all advertising networks and ad formats across global games in Google Play, Homescapes is the #13 advertiser and Gardenscapes is the #17 advertiser by share of impressions. Looking at the same data but for iOS, we see Homescapes in the #7 spot and Gardenscapes in the #21 spot. Below are impression charts for the past 90 days of advertising activity:

We can see on iOS specifically, there has not only been a surge in impressions but in number of advertising networks Playrix is working with. On iOS, Playrix's top ads by impression share are videos, while on Google Play they are interstitials. Across both games and both platforms, the publisher's longest running ads are mostly native ads on MoPub.