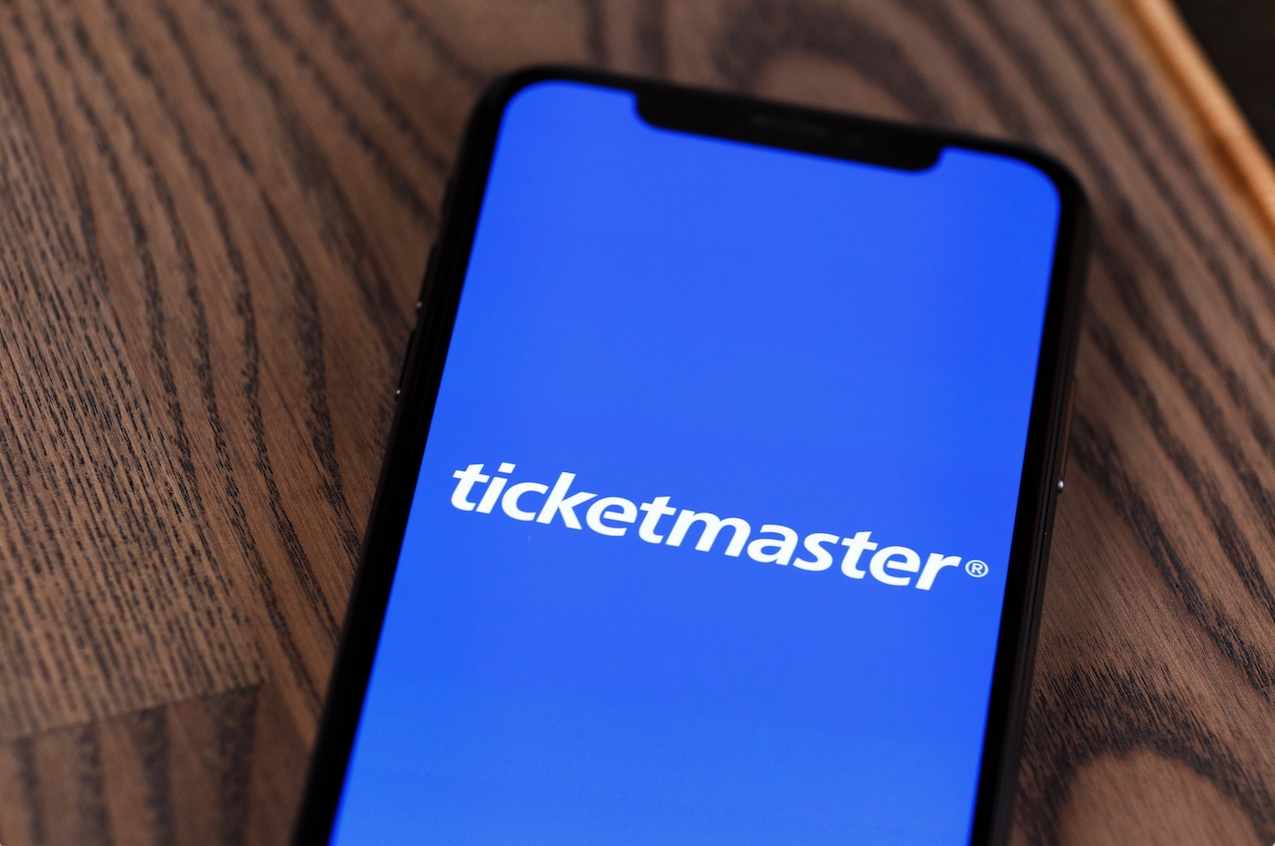 Monthly active users of the top entertainment ticketing apps in the United States are up 511% year-over-year in the first quarter.

Remember the trauma from 2020 when all events, including Taylor Swift, Doja Cat, and BTS concerts, kept getting canceled or rescheduled? The ticket marketplace was the only industry that felt the pandemic induced frustration more than you did. As the global entertainment industry took a massive hit due to state-imposed lockdowns, event ticket resale companies witnessed a record fall in downloads and active users.

Vivid Seats, StubHub, SeatGeek, TickPick, TicketNetwork, and Ticketmaster, had a combined rate of sales upward of $10 billion annually at the start of March 2020. In the second half of the month, their sales revenue was nearly zero, with the mounting pressure of refunding every ticket for canceled future events.

For approximately a year, from March 2020 to May 2021, downloads and monthly active users stayed remarkably low. Both the metrics mirror each other in terms of the fall's time, duration, and intensity. Given the similarity in the trends of both metrics, this crash can entirely be attributed to the pandemic. 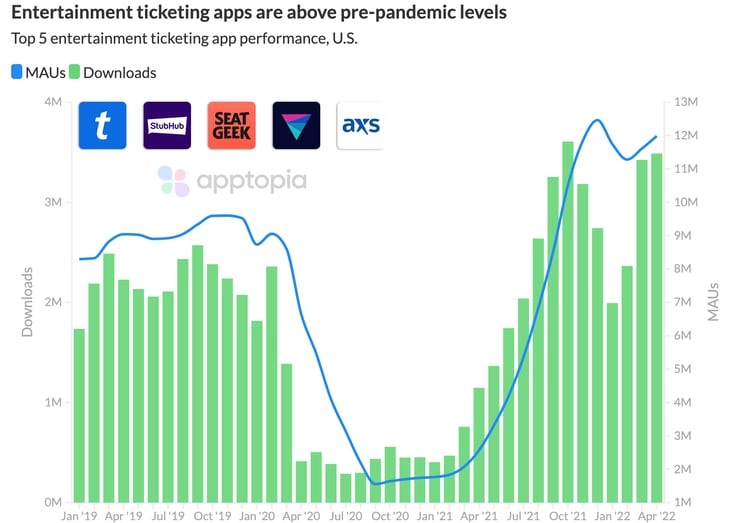 Downloads and MAU had more than halved for all apps, reaching all-time lows. As people stayed home, public gatherings came to a virtual halt. With no prospects of any events, concerts, or gatherings in the near future, activity on most apps witnessed a sharp drop.

In the second half of 2021, the entertainment industry has made an impressive comeback. As frustrated people make up for lost time, ticket apps such as Ticketmaster, AXS Tickets, SeatGeek, Vivid Seats, and StubHub, in particular, have regained their active user numbers and then some.

Ticketmaster stands out from the competition as it not only grew in 2022 but it gained significant market share as well. The app reached an all-time high for new installs in October 2021, with 2.1 million monthly downloads.

Customers are disproportionately favoring Ticketmaster when choosing to browse or buy tickets to events. The data clearly illustrates that Ticketmaster has dominated the market both, pre and post-pandemic. In Q1 2019, Ticketmaster had a 47% market share in terms of the total number of downloads. By Q1 2022, this number had increased to 55%. AXS Tickets had the largest increase though, moving its share of new users from 11.8% in Q1 2019 to 22.1% in Q1 2022. StubHub had the greatest drop, going from 17.8% to 6.5% over the same time period.

Ticketmaster is not resting on its laurels as the market leader. In February it announced an integration with Snapchat. Snapchat users can find tickets to events via ‘TicketMatcher’ Mini and have upcoming shows recommended to them based on location and favorite music genres. Friends can be invited to shows by sending a Snap or a chat. The integration also makes use of Snap Map to find upcoming events nearby.