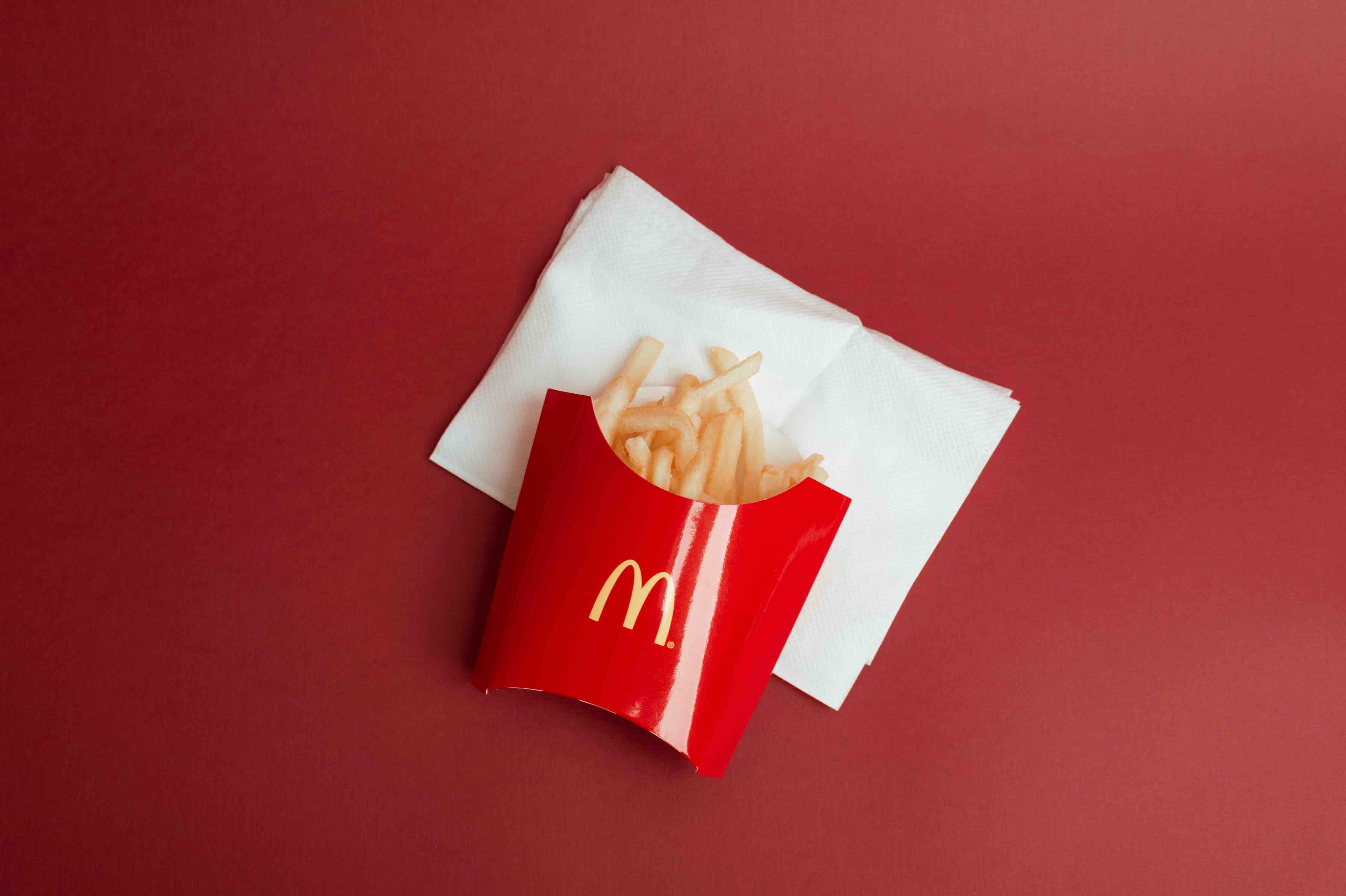 I used to eat fast food nearly everyday growing up. Luckily, I turned out okay, and now I only indulge once in a while. But when the quarantine first hit, you better believe I got in the McDonald's drive-thru line and risked it all for a McFlurry. Mobile app data, thankfully, reassured me that I wasn't alone.

In March, at the start of quarantine, the top fast-food apps in the U.S. took a very small hit, with app downloads declining almost 9% month-over-month (you can see that dip in downloads in the graph below). After that, though, their collective downloads increased each month from April through June. You'll even notice a spike in downloads in July– a spike similar to the one we saw at the start of 2020. Nearly every other metric for these apps also returned to pre-pandemic levels. 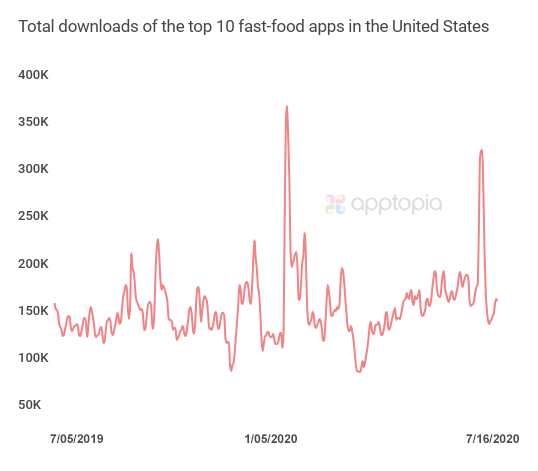 This, of course, makes sense. Drive-thrus allow for easy social distancing, and fast food offers a nice break from cooking. What's more interesting, however, is that some of these fast-food apps are experiencing their best engagement yet. Popeyes grew their daily active users (DAU) approximately 315% year-over-year (YoY) in June (U.S.). Five Guys clocks in as the second fastest-growing, increasing DAU 153% YoY. 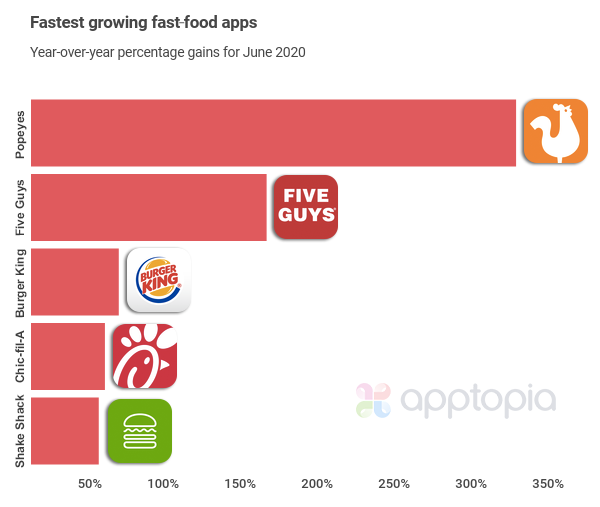 What most of these fast growing apps have in common is that they've recently been pushing rewards programs and/or spending time developing their social media presence. Popeyes, for instance, launched their famous chicken sandwich, which stirred up a massive debate on Twitter; and they produced a clothing line in response to Beyonce's (a.k.a. #ThatPopeyesLook). Five Guys & Shake Shack began trending on Twitter this past month as the two were pitted against each other; Chick-fil-A gave away some chicken nuggets; and Burger King recently launched a "cow fart" campaign.

We've said it before and we'll say it again: promoting free food + rewards almost always drives app downloads. And now, as we've shifted almost entirely to contactless food ordering, the need to promote and grow these apps is stronger than ever. Let's look at Taco Bell, a personal favorite. On June 30, Taco Bell launched a new loyalty program. They offered a $5 Chalupa Cravings Box for free to anyone who downloaded the app and ordered ahead. In three days, the app increased downloads about 520%. Smooth move, Taco Bell. 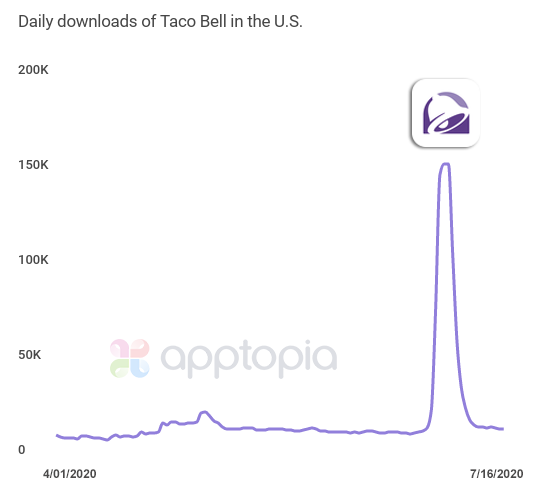 Clearly, the offer was an effective way to drive new installs. But how did people like the app once they were in it? Well, the influx of new users appears to have overwhelmed the Taco Bell app, leaving some users without their promised Chalupa. On June 30, Taco Bell received about 160% more negative reviews than positive reviews. Checking the Intent of the reviews, most were related to Performance & Bugs. 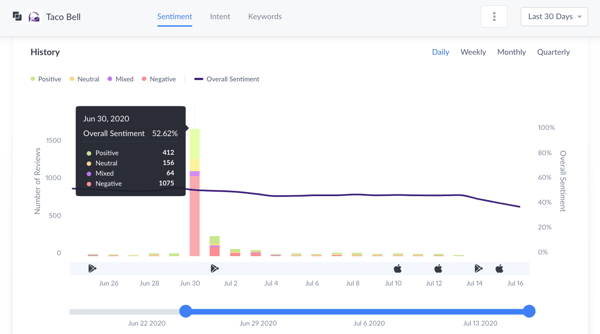 Now, Taco Bell lags behind its competition in app sentiment. McDonald's joins it on the left side of the chart, while Chick-fil-A falls on the right side, with the most positive sentiment overall. Long story short: app promotions are great, as long as your app is prepared for the wave of new users. If it is, then you have the possibility of capturing, and ideally, retaining new customers.

See how your favorite fast-food place is performing. Click that big blue button below.