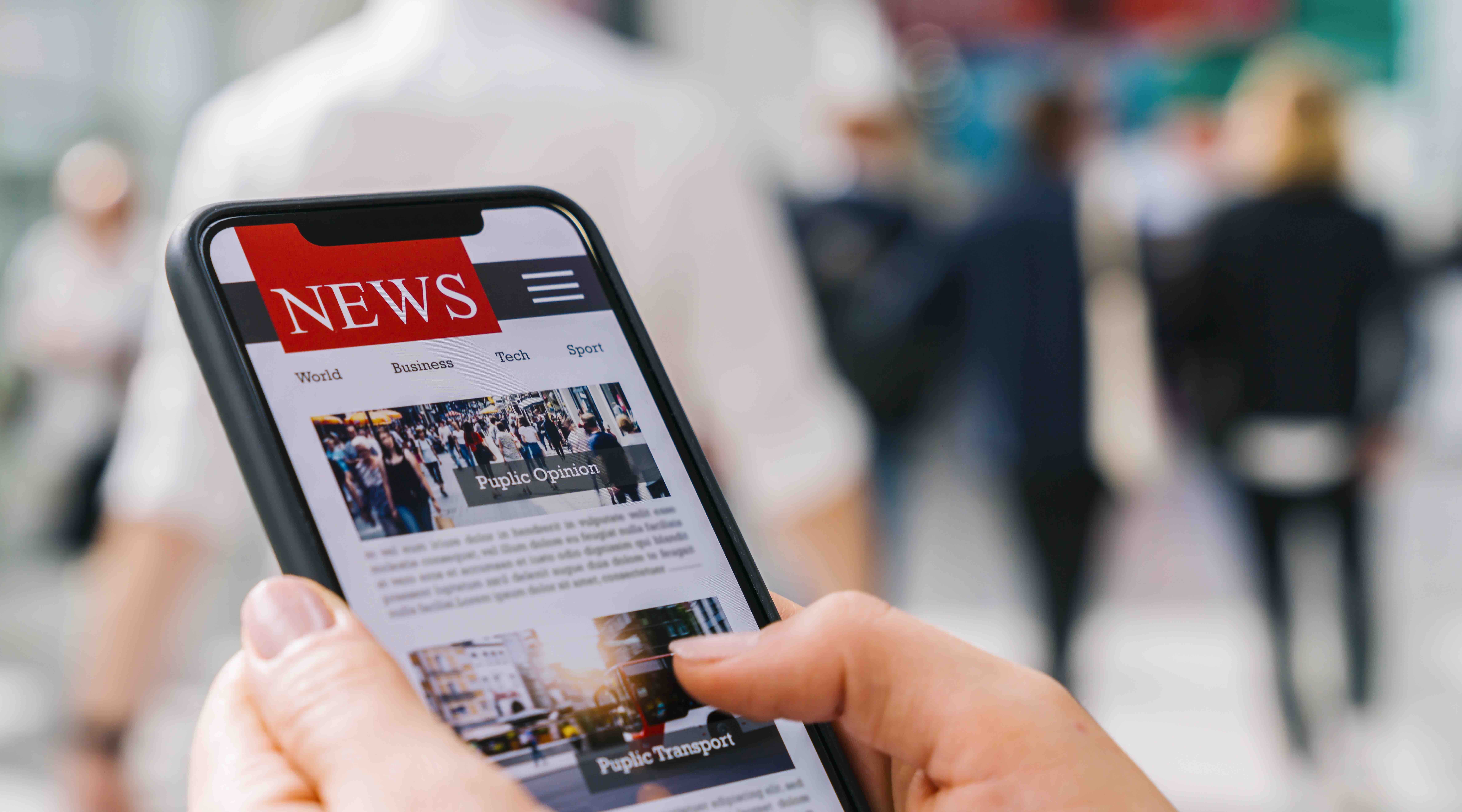 In his last newsletter, Adam Blacker pointed out that news apps were the biggest winners of the 2020 election– and he was absolutely right (see his chart below). So, if you're anything like me, you must be wondering, exactly which news apps stole the hearts of Americans everywhere? 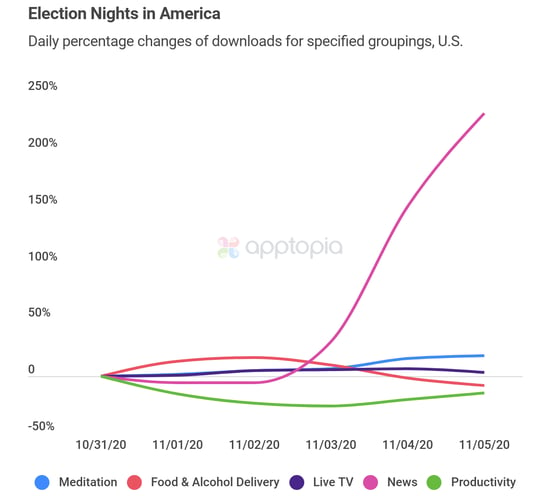 Well, both CNN and Fox News jumped to the top of the charts on election day. And both apps outperformed their 2016 performance. On November 8, 2016, CNN was #8 and Fox was #29 on the U.S. Top Overall chart for free apps on iOS. This past election day, CNN landed as #5 and Fox landed as #8. While CNN maintains a steady lead over Fox, Fox certainly saw the most growth between the two elections.

Over a week has passed since the election, and we're still seeing big movement from news apps. However, it's not coming from the usual suspects. Instead, we're seeing huge gains in new users for Newsmax TV & Web and OANN: Live Breaking News (One America News Network). While their app 'About' sections aren't as forthcoming, Newsmax is described by Wikipedia as a "conservative American news and opinion website" and OANN as a "far-right, pro-Donald Trump cable channel."

Since Nov. 3, these apps combined have gained over one million new users (downloads). Newsmax, the bigger of the two apps, even ranked as #3 on the Top Overall chart (free/iOS/U.S.) on Nov. 10. Yesterday, Nov. 11, it received its highest number of daily downloads ever, 225K+. 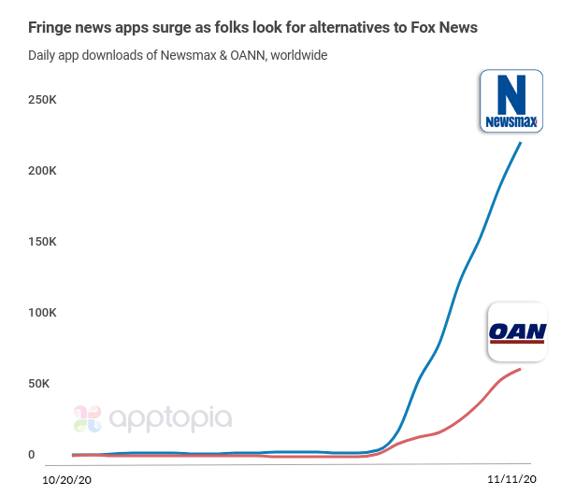 After diving into user reviews, I discovered that the #1 keyword used in reviews for Newsmax is "Fox." Overwhelmingly, reviews describe the app as a perfect replacement for Fox News. Outside of some variations of "Fox News" or "Newsmax," the next most used keyword is "Fake News." Those using that keyword are, again, describing their departure from Fox, and excitement about Newsmax.

The growth of these news apps, of course, comes alongside the well-talked-about growth of Parler and MeWe– two social networking apps also popular among the pro-Trump population due to their lack of censorship policies. Yesterday, Nov. 11,  was Parler's largest day of downloads since launch with almost 380K. It has 6.5 million lifetime downloads.

Any UFC fans out there? According to an Instagram post by UFC fighter and Trump supporter Jorge Masvidal, Parler, MeWe, OANN, and NewsMax are the "New Patriot Tools."  These tools, according to his post, also include Gab, Rumble, DuckDuckGo, Brave Browser, Telegram and Signal. For the sake of keeping this post short, I won't review all of them.  However, you can look into them yourself with our free report tool– just click that big blue button below.