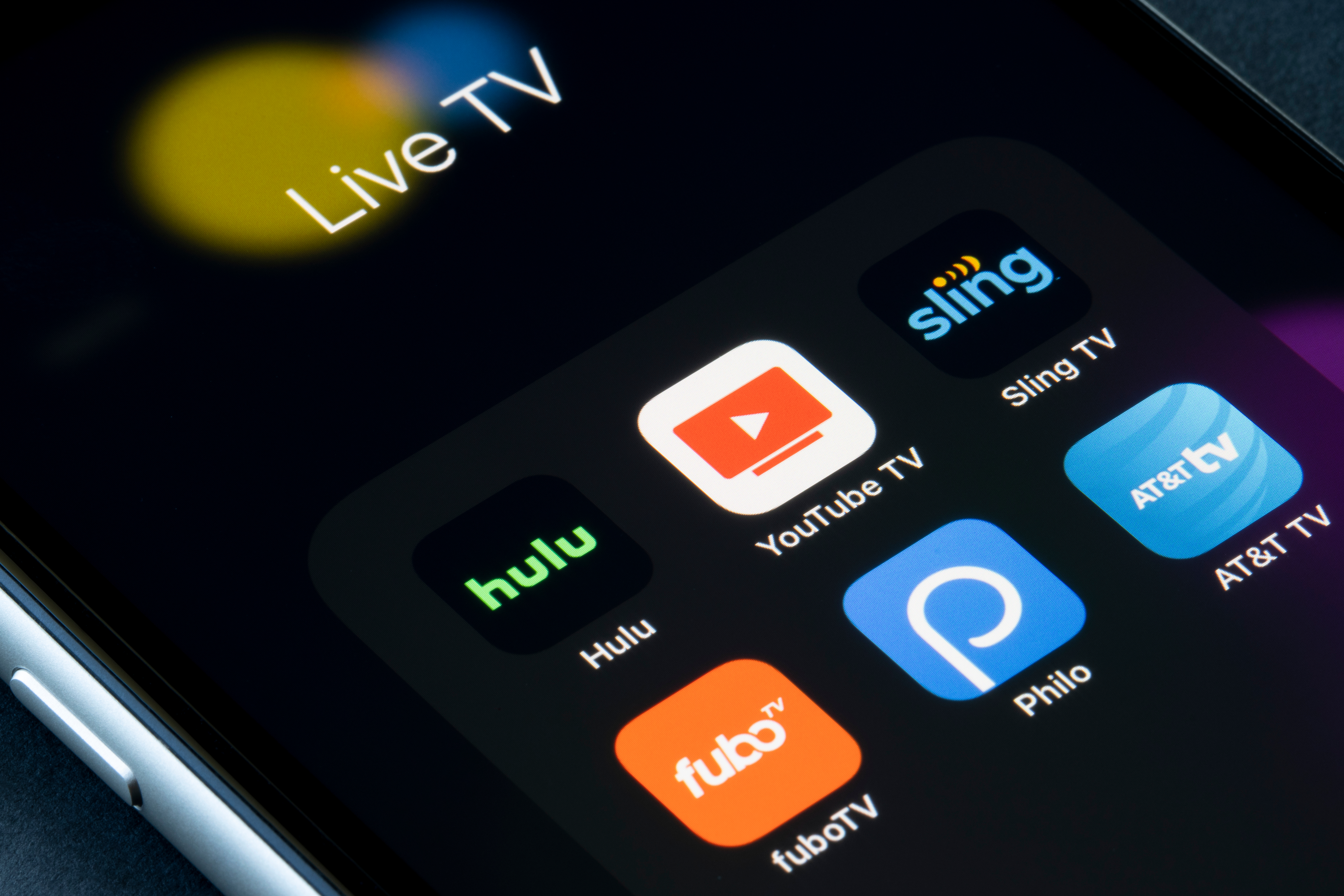 I don't know about you, but cutting the cord was quite a daunting task that I chose to take on earlier this year (apparently I am very late to the party). How would I possibly survive without being able to watch the Patriots every Sunday, and the Bachelor every Monday? Thanks to a strong internet connection and Live TV streaming apps, I never had to find out.

Live TV streaming apps have grown in popularity as they allow fans to stream their favorite shows and sports live, without needing to pay for an additional cable service. These apps also allows users to not only watch on their TV, but also on computers, tablets, and of course, their trusty mobile phone. With most viewers watching on 2 or more devices every day, and 80% of those viewers watching specifically on mobile, the opportunity for streaming and entertainment brands is evident.

Looking back at Q3 2021, Apptopia estimates the top 8 live TV apps were downloaded 21 million times, making it the best quarter in the sector’s brief history. Hulu is the largest contributor to this market with a 37% share of downloads in Q3 2021. Still, many people use its services without its live television package.

One player to keep an eye on—especially if you're a big sports fan like myself— is fuboTV, the fastest growing live TV streaming app in the U.S. FuboTV is not a sports streaming app in the way that NBC Sports or ESPN are. It is comparable to the likes of YouTube TV, as it has a full slate of live television channels available. Sports are, however, a major reason for it being so competitive in this space. 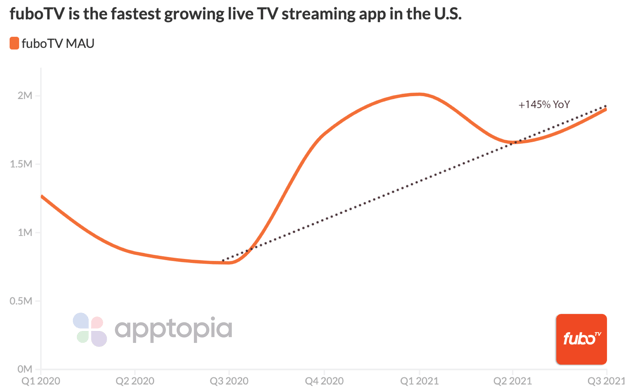 Both fuboTV and YouTube TV are quite pricey, starting at $64.99 per month, though both services allow you to do a brief trial before committing to anything. The trial for fuboTV is a full week, while YouTube TV limits trial users to just five days of free streaming. There are additionally some differences in the number of channels you can access through each platform.

Over the past 18 months, YouTube and Hulu have not been able (or wanting) to strike deals with local sports networks, enabling fuboTV to fill the void for people desiring a comprehensive live TV streaming package.

As the NFL, NBA and NHL seasons got underway just a few months ago, we could already see fuboTV starting to catch up with YouTube TV as it pertains to monthly active app users. 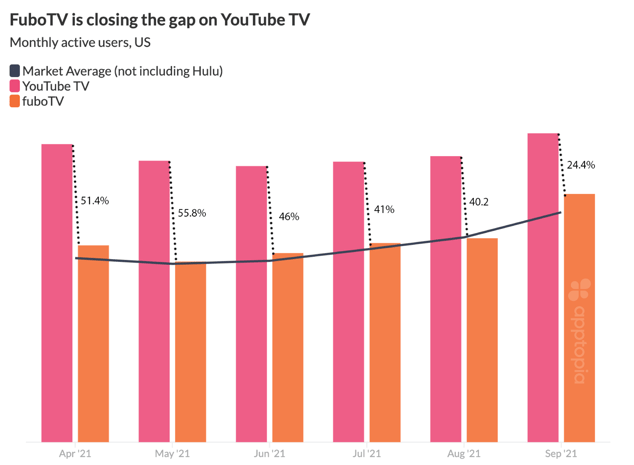 This is the smallest gap between these two live TV apps since YouTube TV launched in July 2017. Hulu was removed from the Market Average in this chart as it has substantially more MAUs than YouTube TV and fuboTV due to it providing a substantial streaming option outside of a live television package.

Taking into consideration fuboTV's current growth trajectory, as well as YouTube TV's past performance during the Super Bowl, we may have an interesting couple of months ahead of us as these two face off to win over users.

So many streaming apps, so little time

Today's streaming options have increased rapidly but the number of hours in a day haven't, leading to a hyper-competitive market. Keep an eye on the fuboTV apps of the world to see what you can emulate to spur your own growth.

For more insights into other streaming video entertainment subcategories like SVOD, AVOD, and Sports streaming apps, grab some popcorn and click the big blue button below.