These Are The Games Most Likely To Succeed On Facebook messenger 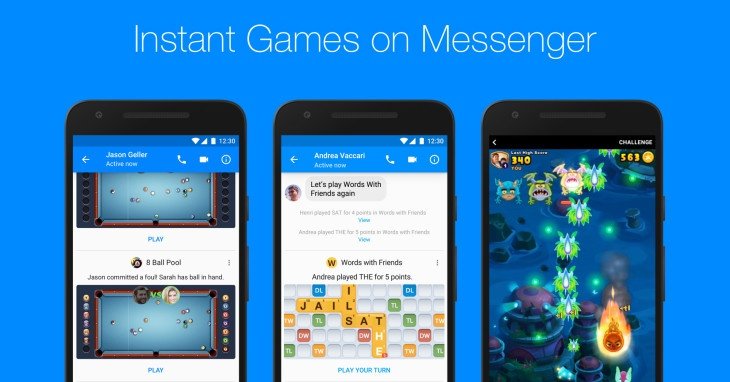 The race is on. Now that the Facebook Messenger Instant Games platform is open to all game developers, you’re probably thinking of what to build and we have the answers.

We looked at all 100 Facebook Messenger games and found their corresponding mobile apps. Taking these games and running them through Apptopia’s User Graph, we were able to determine what other games users of these games are highly likely to be playing.

Apptopia’s User Graph is a user overlap index. It tells us to what extent that users of App A are likely to be users of App B.

Armed with this information, we predicted which games (that have not yet been ported over) will perform best on the Facebook Messenger Instant Games platform. 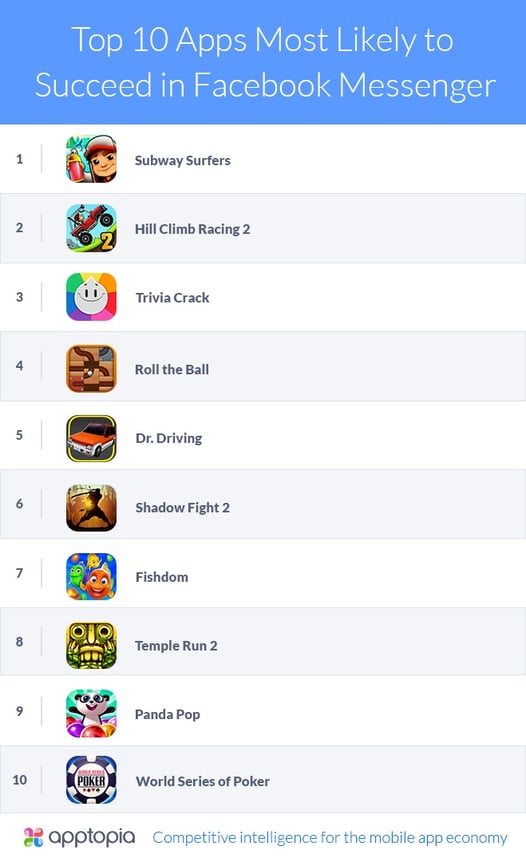 What will do well and why?

Sorted by 2018 average monthly active users, the above are the games that showed up most often in our User Graph results. In addition to the winners we have selected above, games with similar mechanics will do well. Our list is made up of runners, racing games, puzzle games, trivia, matching and card games.

If you need a tutorial for how to play, or if there is a lot of depth and complexity to the game, it won’t see the same levels of success as something that’s intuitive and straightforward. Clash of Clans is a smash hit mobile game, but players of this game will continue to play under their account on its separate mobile app. There’s no reason for Clash of Clans players to play via Facebook Messenger.

You need to think of games as a secondary function of Facebook/Messenger. Users do not launch the Facebook Messenger app to play games. They launch it to connect with their friends and/or kill time. If killing time in the app, simple games are a natural fit. If connecting with friends, some friendly competition may be in order while trading messages.