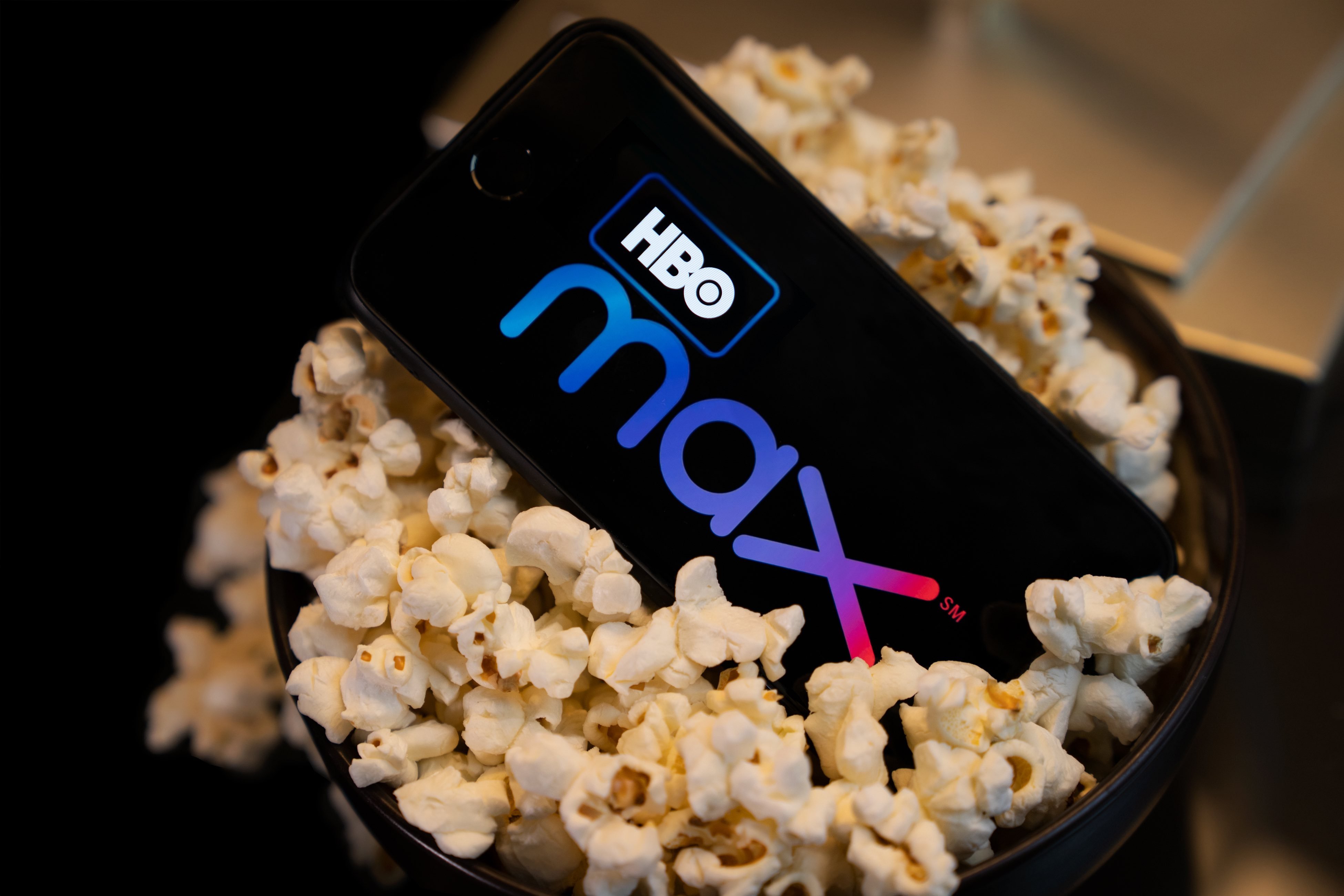 HBO Max launched yesterday in the United States, however there is no new app. HBO has instead chosen to update its HBO NOW app by turning it into HBO Max. Because of this, it is harder to do a 1:1 comparison to other recent launches like Disney+ and Quibi. Additionally, HBO NOW app has been gaining new users since April 3rd when it announced it would provide a large chunk of its content (Sopranos but not Game of Thrones) for free. It is unclear how long this promotion will run.

On day one, HBO Max was downloaded about 30,000 times. If I was a betting man, and I am, today will bring more downloads than yesterday (will update post tomorrow). UPDATE - Day 2 brought in 47,200 downloads. Like a good marinade, marketing can take some time to sink in. These are new users though. The physical app has been around since 2015 so most HBO subscribers have downloaded the app long ago. Yesterday, the only major SVOD provider in the US to not have more downloads than HBO Max was YouTube TV.

Still, the HBO Max content was new and so even though it only had 30,000 new installs, sessions of the app increased by 70,000. It’s more, but not an amazing amount more. Why? Because many of us are still not commuting and so watching on our laptop or Smart TV is a more appealing option. HBO Max is something that can be watched on Hulu and YouTube TV, but I did not see a noticeable difference in trend lines there. Again, I am a YouTube TV subscriber and an Apple TV user so I would have watched HBO Max on my laptop or TV had I indulged in episodes of the much beloved original Looney Tunes. Yes, those are now on HBO Max.

An update on Quibi (people love it)

Since launch on April 6, Quibi has been downloaded about 4 million times. Around 30% of these downloads are daily active users. And while we can’t estimate Quibi’s advertising revenue, the app has generated $106,302 via in-app purchase revenue. These people didn't get the memo on the free trial. The real test will be in early-mid July when we start to see how much revenue comes in once the 90 day trial wears off (yea I phrased it like it’s a potion) for most early downloaders. 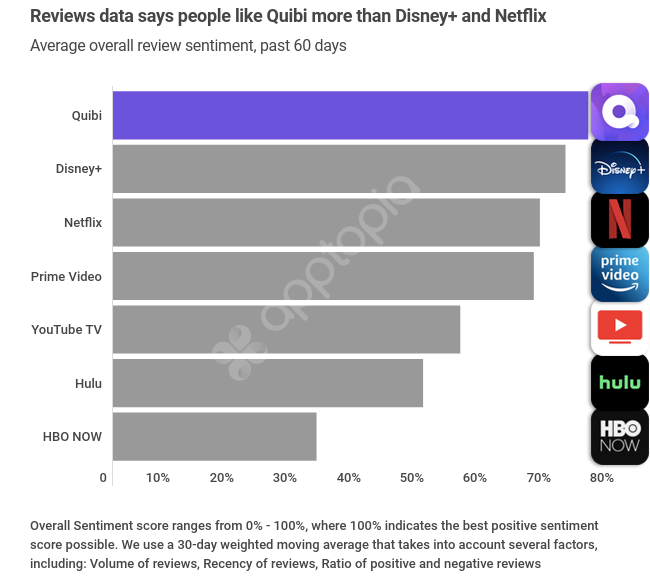 While it’s ability to attract new users is not as strong as it would have liked, the people who use Quibi, love Quibi. Using Apptopia’s nifty review analysis, I found no other top SVOD app in the US has a higher overall percentage of positive reviews or a higher overall review sentiment over the past 60 days.

The 7th most used keyword found in Quibi reviews is “format” and it carries a positive Apptopia Impact Score of 8.6/10. Impact Score is a weighted index that measures the effect a term has on Sentiment. Clicking into the reviews with this keyword, we see users enjoy the short format - some even saying that is all their attention span can handle.