High demand for information out of Ukraine from news apps

News app downloads are spiking in the United States as people tune into Russia's war on Ukrainian sovereignty. News providers are being used for this much more than aggregators.

CNN and Fox News are the largest in terms of absolute numbers, however, the Washington Post app was downloaded more on 2/19/22 (before the invasion) than any other day in its lifetime, with about 15k new installs globally.

Twitter, very much a news aggregator (but not used in the above chart), is also spiking due to people clamoring for information and media coming from people with feet on the ground. Twitter downloads in Ukraine hit a lifetime high yesterday with about 7k.

Russians are turning toward VPN apps to access news, social media and other services that they are being cut off from by their own government, or by the companies themselves. 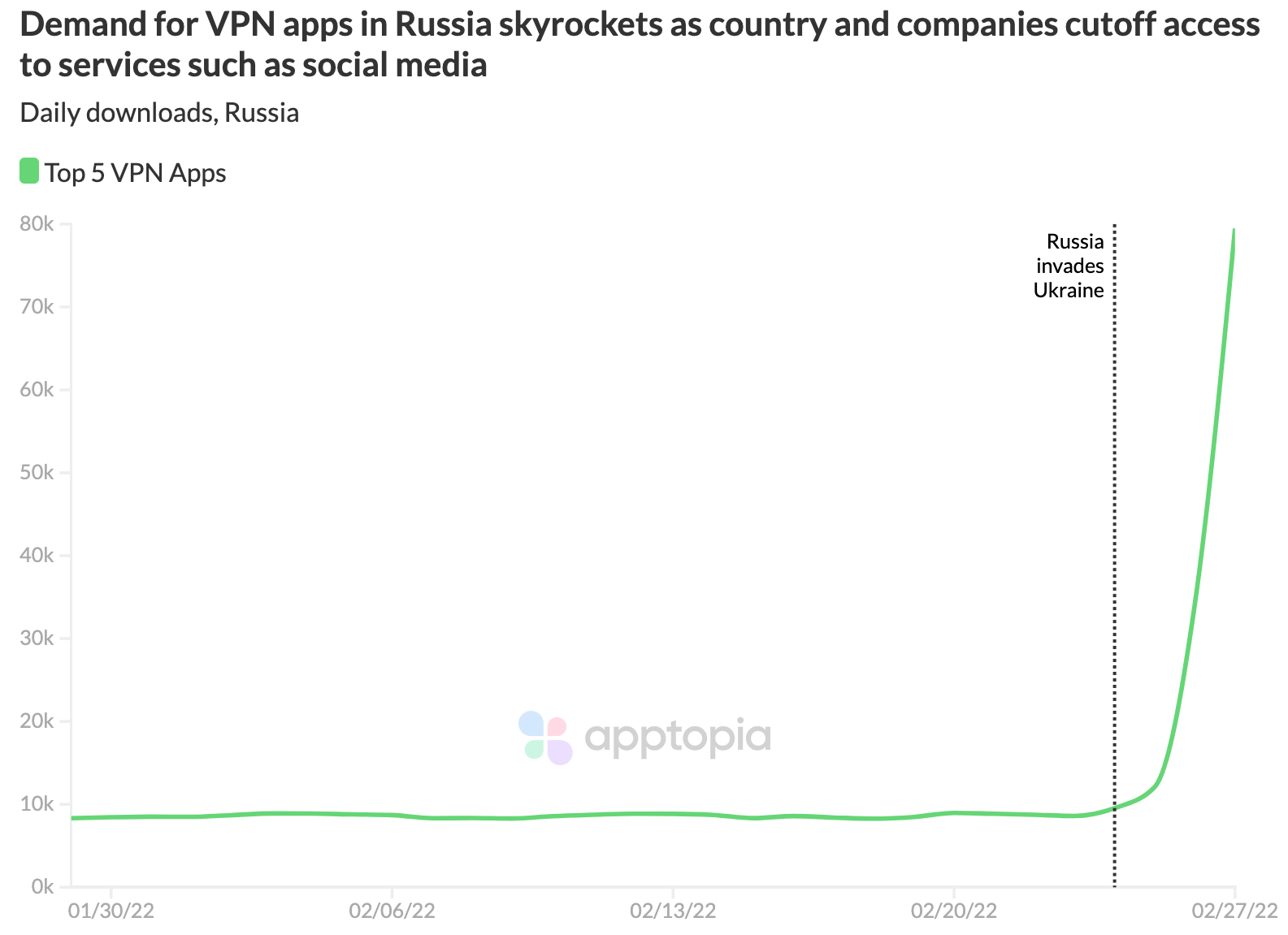 People in Ukraine are turning towards a variety of apps to help them with communications. Apps providing encrypted messengers, offline maps, and offline messengers are surging to the top of the iOS App Store and Google Play. For those of you wondering, offline messaging works by leveraging close Bluetooth connections or traditional radio signals. More can be read in this here.
Dive deeper into news apps, or any others, with a free custom report