When launching a new app, the number one priority is usually acquiring users. How we can drive downloads to get users and then monetize them? While it’s a huge accomplishment to build a respectable user base, it is another thing to keep them.

This is where retention comes into play. We’ve compiled retention data for 16 popular mobile games to shed some insight into both the metric itself and these massively popular games. Before we get into the data, we need to know how to read retention.

How do I read retention data?

The day someone downloads your app is known as Day Zero. We assume on download day that the user also opens the app. Retention on Day Zero is always 100%. But do they open the app the next day? This is Day1. What about the day after that? How about a week later? Two weeks later? 30 days? This is exactly what Apptopia's retention percentage tells us. Keep in mind that if I download Battle Bay on Monday and you download it on Wednesday, my Day1 will be Tuesday whereas yours will be Thursday.

Toy Blast has the highest current 14th day retention rate of all the games we analyzed that have been on the market for at least one calendar year. If we take away that qualifier, Super Mario Run (iOS only) retains an impressive 15.3% of players after two weeks. You will see in the first chart that top ranked apps (think Facebook, Snapchat, YouTube, Pandora, etc.) do very well retaining their users after initial download. 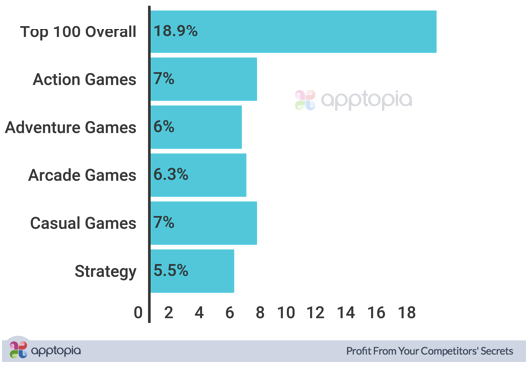 The data below is the average (iOS + Android) 14th day retention for April in the United States. We’ve also broken out the April 2016 retention data for a year-over-year comparison. You will notice three apps bars of a differing color (Super Mario Run (iOS only), Pokemon GO, Fire Emblem). This is due to the app not being live for one year and we have therefore taken the retention since launch.

Average 14th Day Retention Percentage for April 2017 in the US 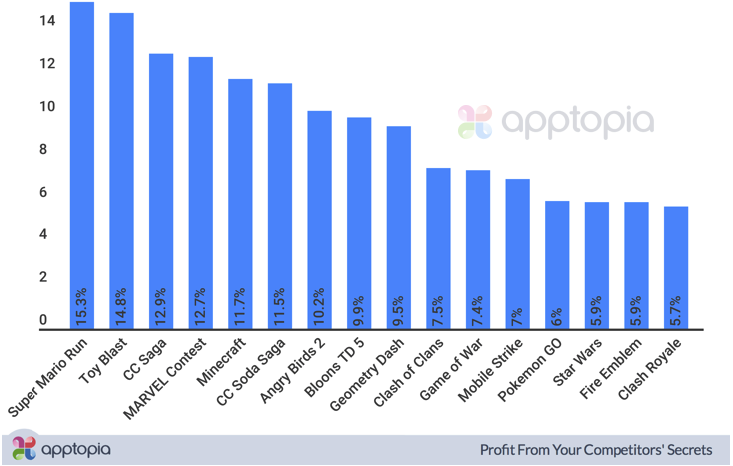 Average 14th Day Retention Percentage for April 2016 in US 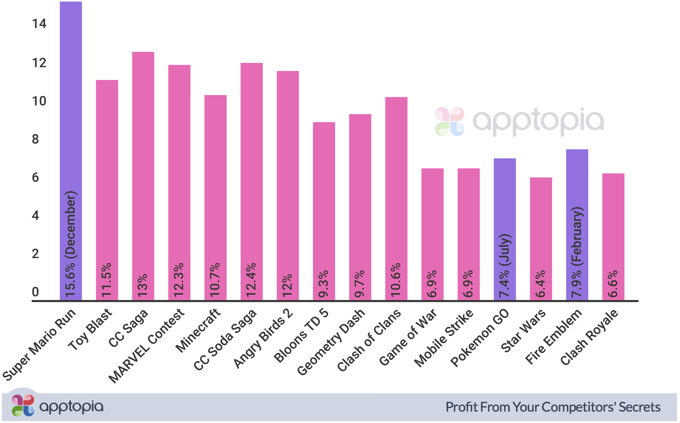 All games included are currently at or above their respective category average but below the average 14th day retention of the top 100 apps overall. Here's a closer look at Clash Royale for Android: 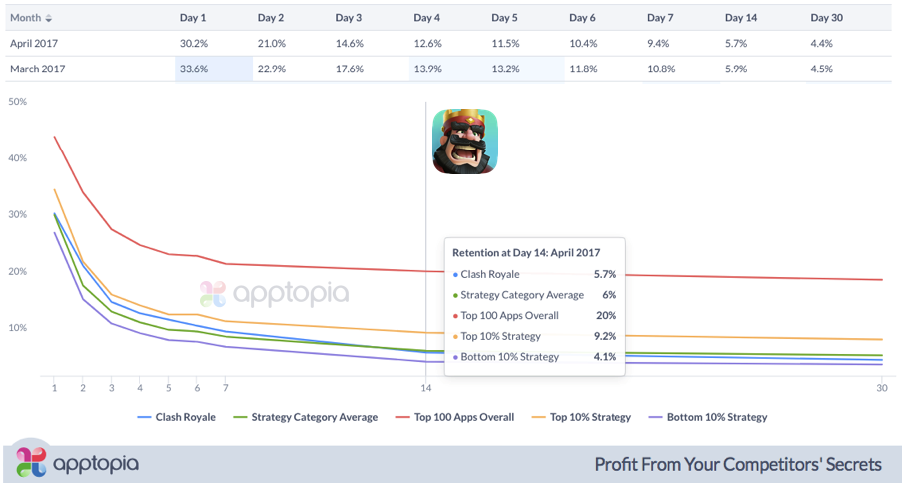 30 Day Retention data for apps can be broken out by store, country and month. If you would like to acquire more data or receive any data point on any app or SDK, please contact us or schedule a demo.