We recently launched our APPS MOBILE application for Bloomberg’s App Portal. Why?

By having the Apptopia app live in Bloomberg, Terminal users can overlay Bloomberg fundamental data on top of Apptopia mobile app data to uncover correlations and get insights on earnings weeks before they are announced. Today, Apptopia is the only mobile intelligence provider available via Bloomberg’s App Portal. 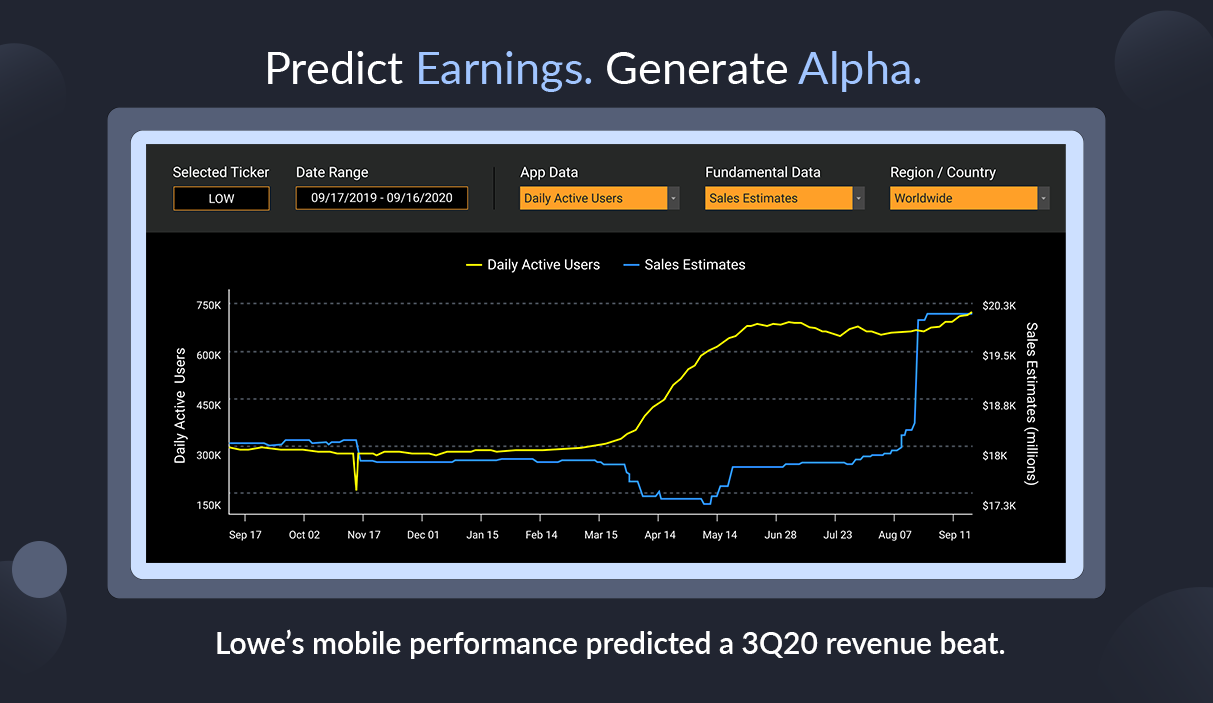 Public equity investors use Apptopia data to identify leading indicators and trend shifts in tickers six to eight weeks ahead of consensus. Above is a great example where Apptopia's estimated daily active users of the Lowe's mobile app began increasing in real time (our data updates daily) but sales estimates did not catch up until four months later. In this case, time very much equals money.

Roblox (RBLX) has yet to go public but our team has already identified several correlating metrics, including the one shown below between the app's estimated sessions and the company's reported revenue. Roblox should hit the public market in Q121. 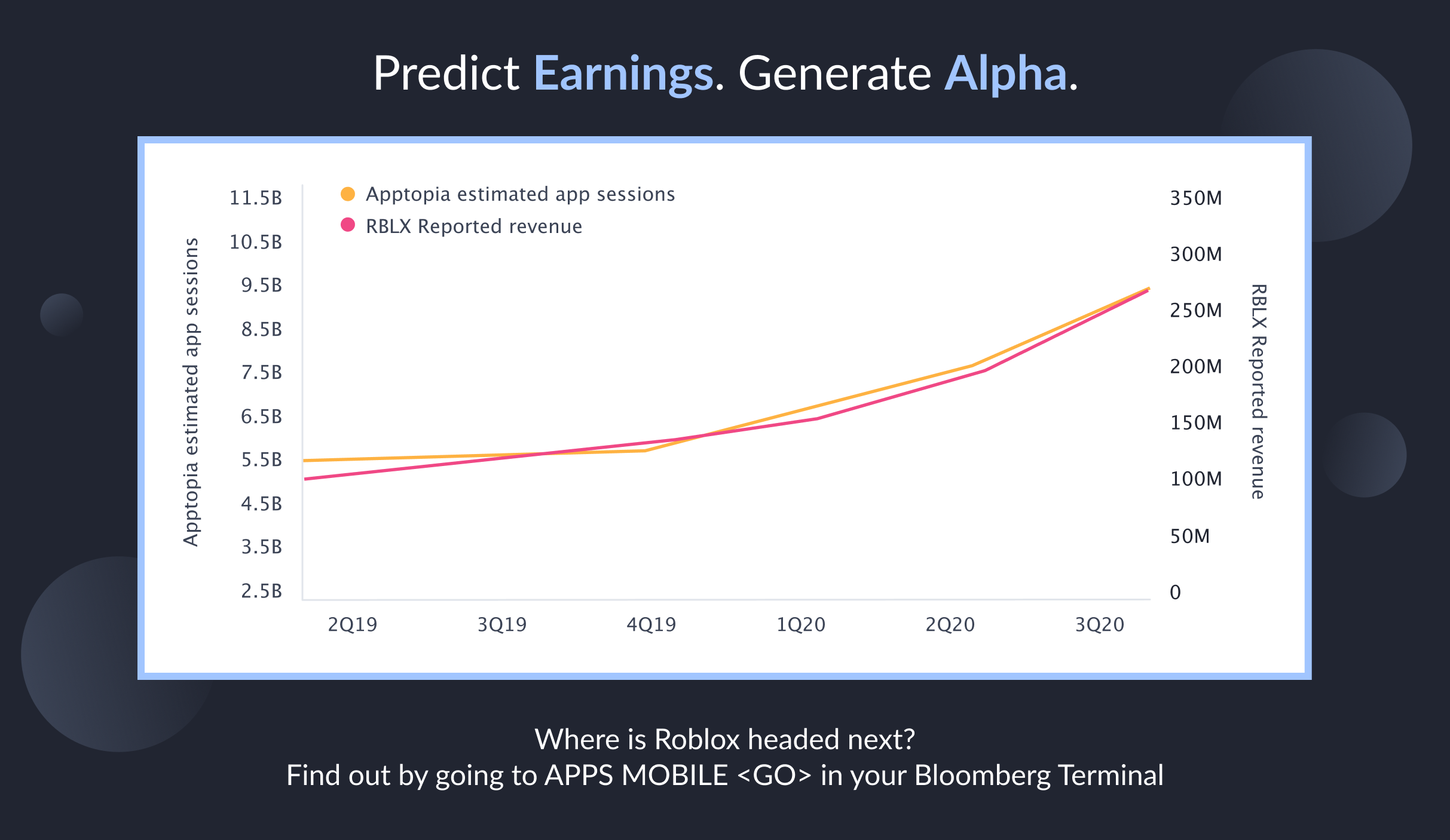 While Airbnb (ABNB) just hit the market last week, it has yet to report Q420 earnings. Our analysts have determined the company's gross booking value growth correlates nicely with the growth of its estimated app downloads. Apptopia's data can already give you a leg up on how the company has been performing this quarter. 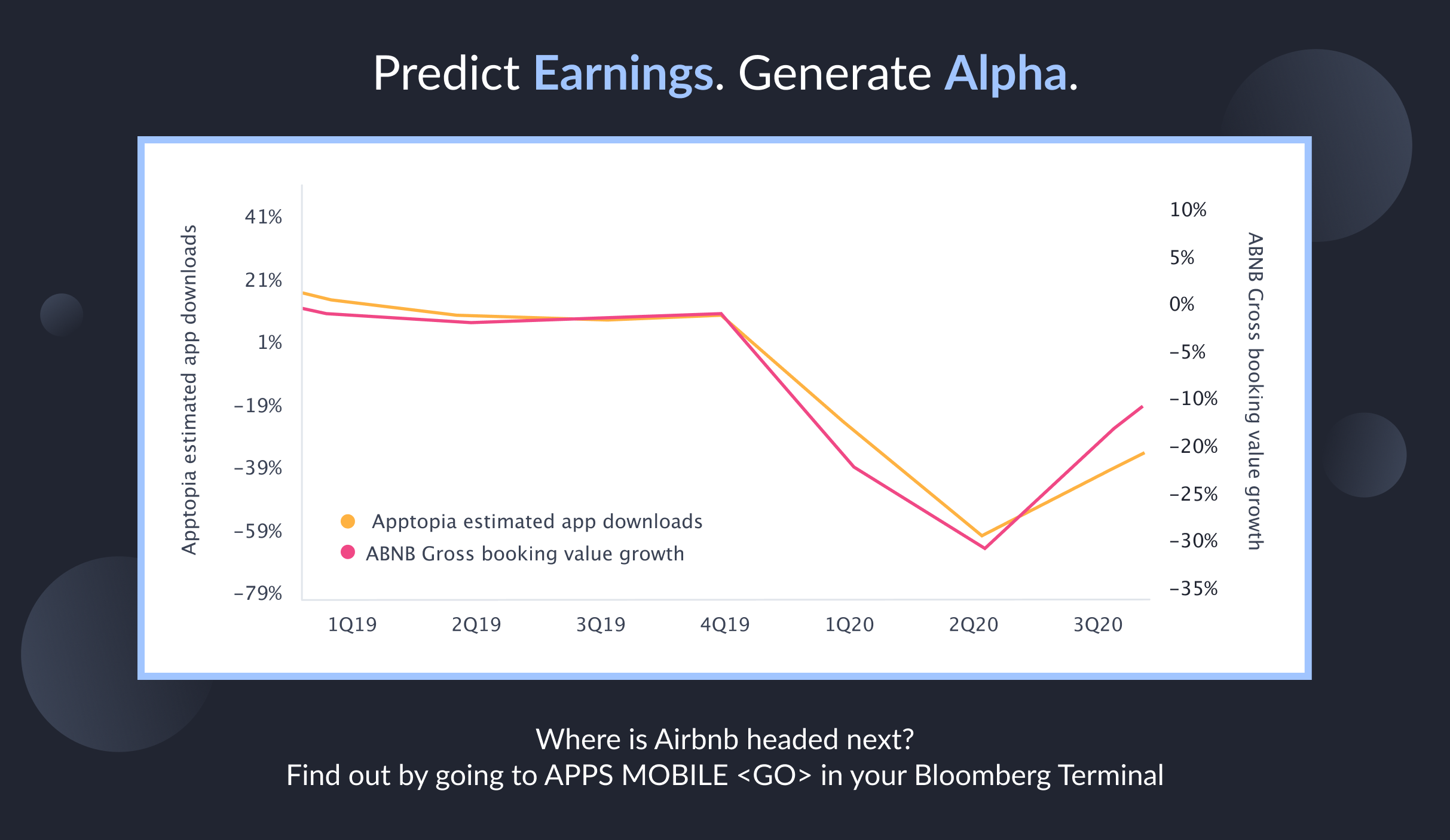 How to get started

Access the Apptopia application on the Bloomberg Terminal at {APPS MOBILE <GO>} to get a two-week free trial. Terminal users can also access via this Blue Link. The application is available for individual use and via firm-wide licensing.