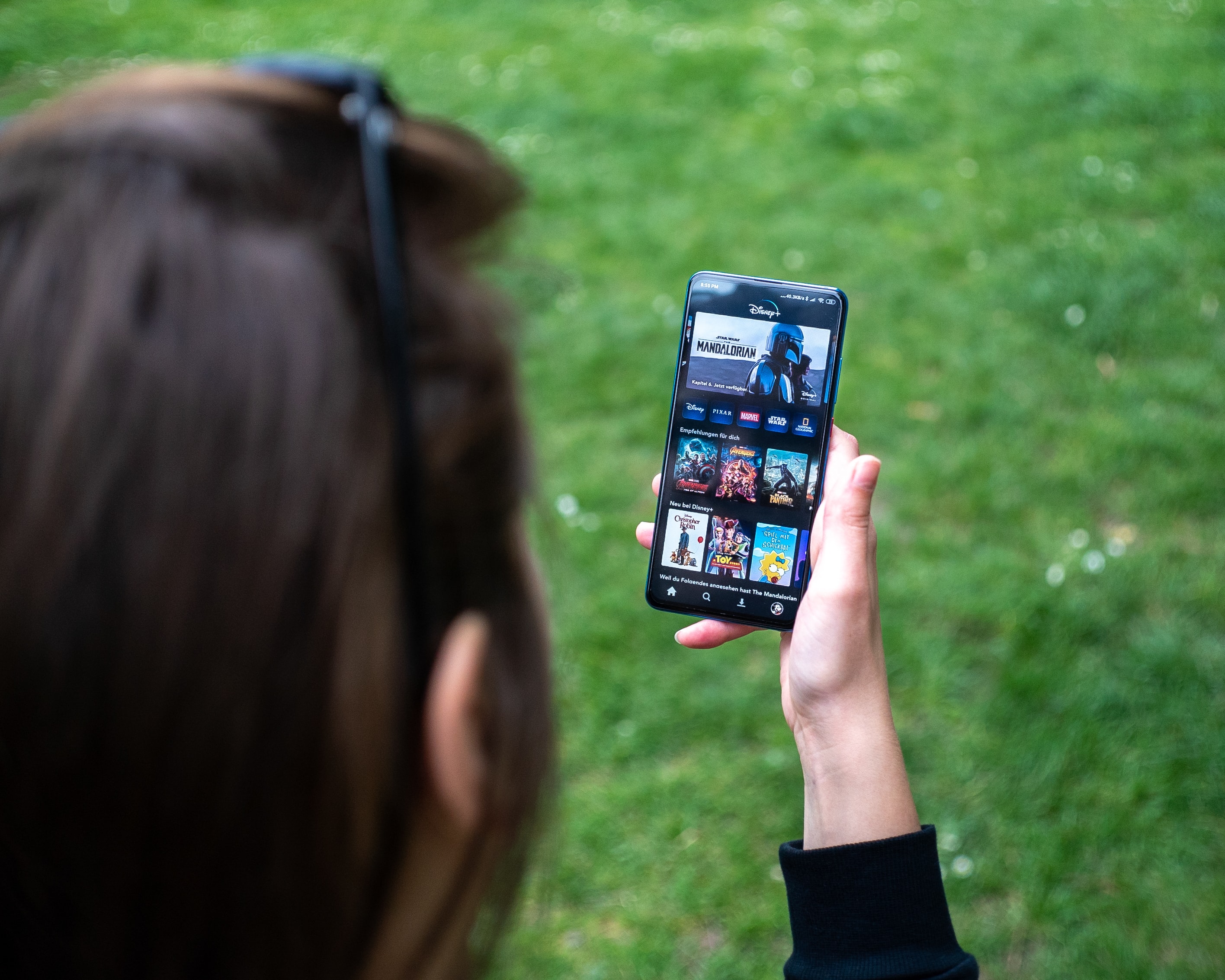 Most people (me, I am most people) now use multiple devices to stream content across all of them throughout the week, or even on a given day. In fact, 71% of streaming viewers in the U.S. say that, on average, they watch streaming video on at least 2 devices each day.

This presents a huge opportunity for streaming video and entertainment providers to differentiate themselves from competitors by elevating their offering, and giving the people what they want: good content.

Just look at HBO Max: in its first year live, the mobile app was installed 43M times, which is 664% more than it had been installed the year before when it was the HBO NOW app. The biggest appeal for users to subscribe to HBO Max right now is that its content is coming to the platform the same day that it's released in theaters. You can read more about that here.

For now, let's focus on some of the lesser known players making a name for themselves in the streaming market.

In Apptopia's latest report, Benchmarking the Streaming Video Entertainment Landscape,  you'll see that the obvious players, like Netflix and Disney+, dominate when comparing market share of U.S. downloads across the top 10 subscription streaming apps. But some lesser known names are growing monthly active users faster than the incumbents. 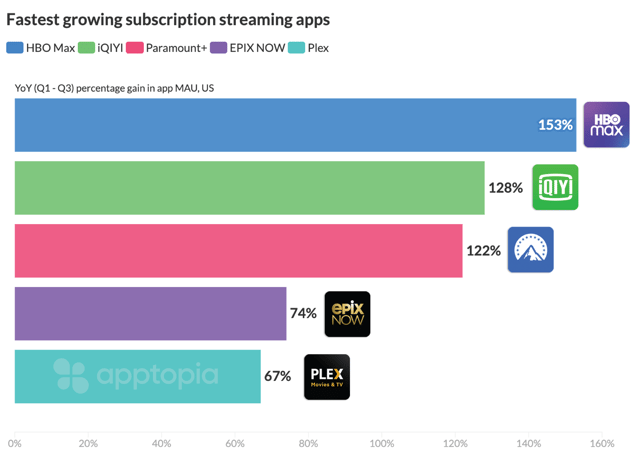 iQIYI is owned by Baidu and headquartered in China, but it has found an American audience craving popular animes, such as Attack on Titan. I don't typically watch movies about gigantic man-eating humanoid Titans trying to bring humanity to the brink of extinction, but it got a 95% on Rotten Tomatoes so I guess I'll add it to my queue.

We'll see if iQIYI can stand its ground, as Netflix just recently unveiled a long list of upcoming Japanese titles, including both anime and live-action films and series. This is certainly a testament to anime's increasing popularity across global markets.

Epix, a subsidiary of MGM, is similar to HBO, Starz, and Showtime in that it's a cable and satellite television network specializing in movies and commercial-free TV. Much of its growth came from a partnership deal with Domino's where users entered into a free 30-day trial after ordering a pizza online. 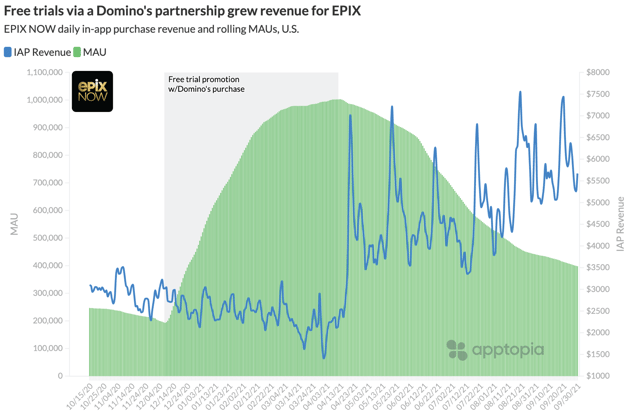 Epix was able to increase its average daily revenue by 42% (comparing the 30 days after the promotion ended to the 30 days prior). Subscriptions cost $5.99 per month. Now that's my kind of TV dinner.

With more SVOD choices for consumers today than ever before, there is one thing that holds true: in streaming, content is everything. Just take a look at Disney, who generated $700M in U.S. IAP revenue since launch, which can be tied back to major content releases (for those keeping track at home, the Disney+ app actually generated 60% more revenue in the first week of Mulan’s release than it did for Hamilton’s).

As streaming services continue dominating our collective attention, we'll keep an eye on the data to see which brands are executing with the right content and the right engagement strategy to forge ahead in a crowded space.

To uncover more insights on the streaming video entertainment landscape, download our full report by clicking the big blue button below: