Is the "Match Monopoly" real?

Valentine's Day is upon us― where my single ladies at?! BLK, maybe? BLK, the dating app for Black singles, grew downloads 71% and daily active users (DAU) 151% YoY in the United States (Q4 2018 to Q4 2019), making it the fastest growing dating app in the country. BLK launched on both iOS and Google Play during the summer of 2017. Since then, it's been installed about 3 million times and was, unsurprisingly, scooped up by the dating behemoth, the Match Group. 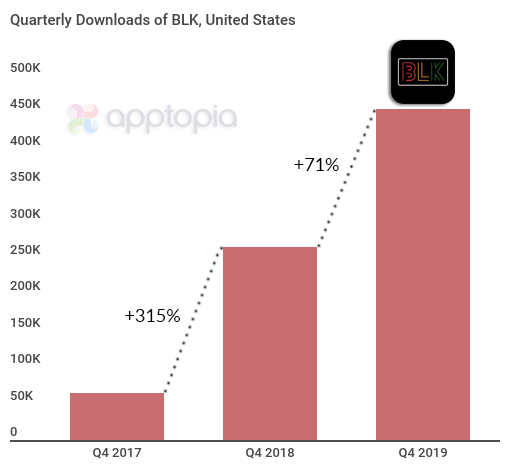 Last week, the Match Group (MTCH) reported Q4 earnings and CEO Mandy Ginsberg announced her plans to step down as CEO after 14 years. In the announcement, Ginsberg boasted a successful Q4, citing Tinder as their primary revenue driver and Hinge as their rising star (Hinge grew wildly fast in 2019 too, increasing in-app-purchase (IAP) revenue 150% and DAU 53.89% in the U.S. YoY). 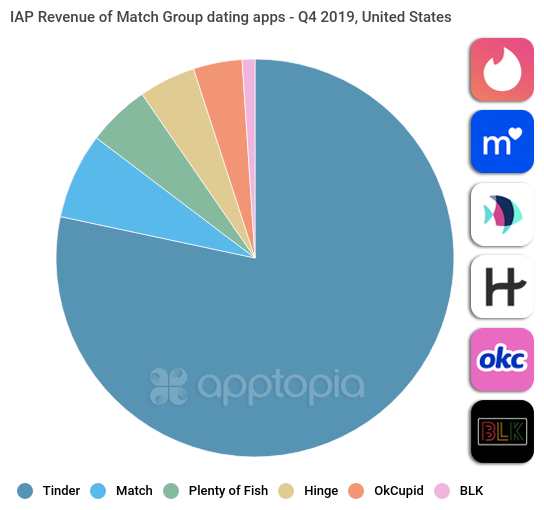 While BLK isn’t yet a Tinder or a Hinge, it’s a good example of the Match Group’s unparalleled and growing influence. BLK is one of several specialty apps that the group is pouring resources into. There’s Chispa, a dating app aimed at the LatinX community, and Pairs, an app they’re pushing in Asia. Match also described plans to acquire an Egyptian app for Muslim singles...clearly, the group is leaving no stone unturned in 2020.

So, what does this mean for Match's competitors? Well, we've heard on-and-off concern about the potential of a "Match monopoly." In the U.S., Match owns well over 60% of the market if you compare  monthly active users (MAU) of just the top dating apps. That doesn't even account for growing apps like BLK or Chispa. 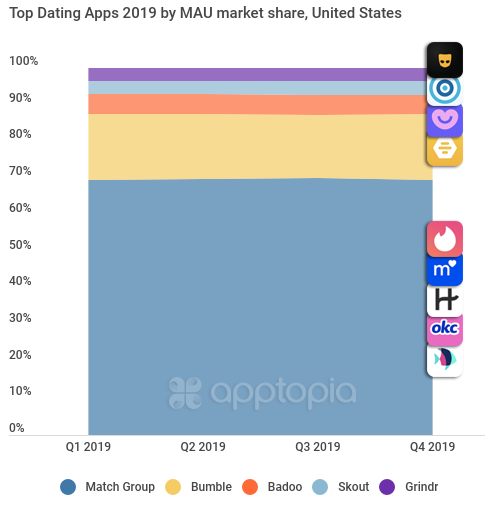 Match has gotten away with so many acquisitions because many of the 45+ brands they have a stake in are based abroad and, therefore, are out of the U.S. government's scope of regulation. While they haven't completely swallowed their competition, the only prominent player left in the U.S. is Bumble. Stay strong, Bumble.