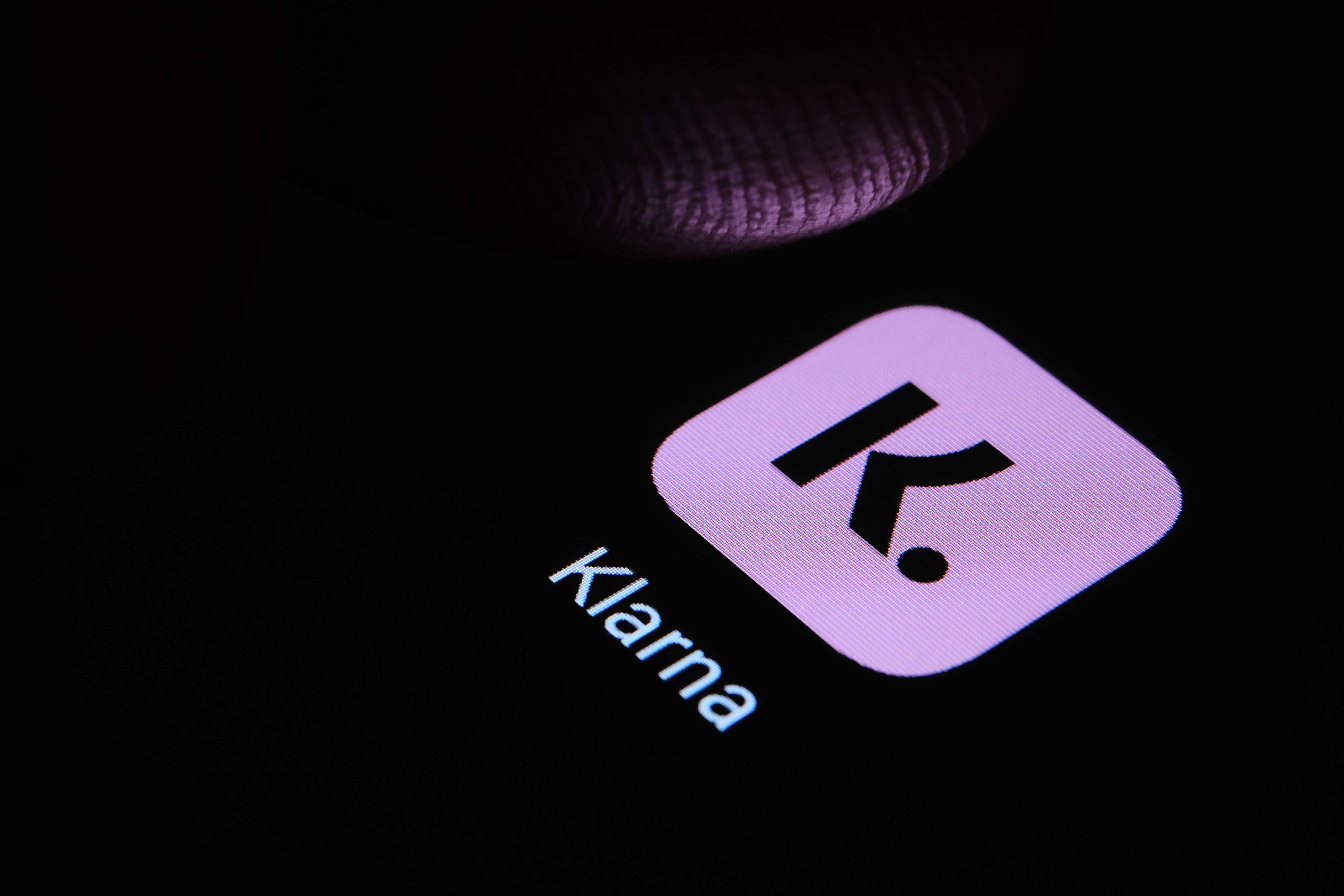 Buy now, pay later leader Klarna had its highest number of monthly active users worldwide in May, up 87% year-over-year (YoY). This milestone proves it has deep relationships with shoppers, and comes just as the company announces a physical debit card available in the U.S. that will compete with credit cards. 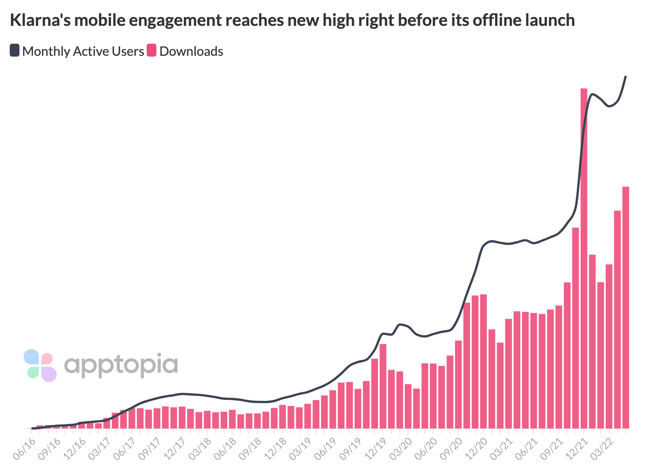 In the U.S., Klarna's mobile performance dominates the rest of the industry: its average monthly-active-users (MAUs) year-to-date are 124% higher than that of the market average (which includes Klarna in it). The Klarna Card is strategic to help keep mobile growth above the rest. To go along with the card, Klarna developed a “Financial Overview” tool in its app that was also released today. Klarna promotes the card and its Super App together in its press release, noting the new financial management tool and the rewards that shoppers get for completing different tasks in the app.

In our recent research about mobile user acquisition strategies, rewards ranked high for drawing users in. For Klarna, business development drove growth, as its deals with merchants and integrations with backend processors Stripe and Wix makes it easy to one-click pay across 250,000 shops. At a certain point, consumers likely download the app because they have paid with Klarna multiple times at different stores and want to track loan status from one screen, versus one-off text message and email payment reminders.

The debit card should speed up that tipping point.

It may also help Klarna acquire late adapters who have heard of the buy now, pay later concept but do more shopping with a physical card. While Klarna may take more market share from the rest of the BNPL apps in the short term with this offering, ultimately the Klarna Card could set an example for the rest to follow and create a cumulative threat to credit card companies.

Afterpay, owned by Block, could be halfway there. Business Insider reported in May that the parent company is strategizing ways to integrate Afterpay with Cash App, which launched a debit card last November. Cash App has just over 60% more downloads and monthly active users than Klarna in the last 90 days. 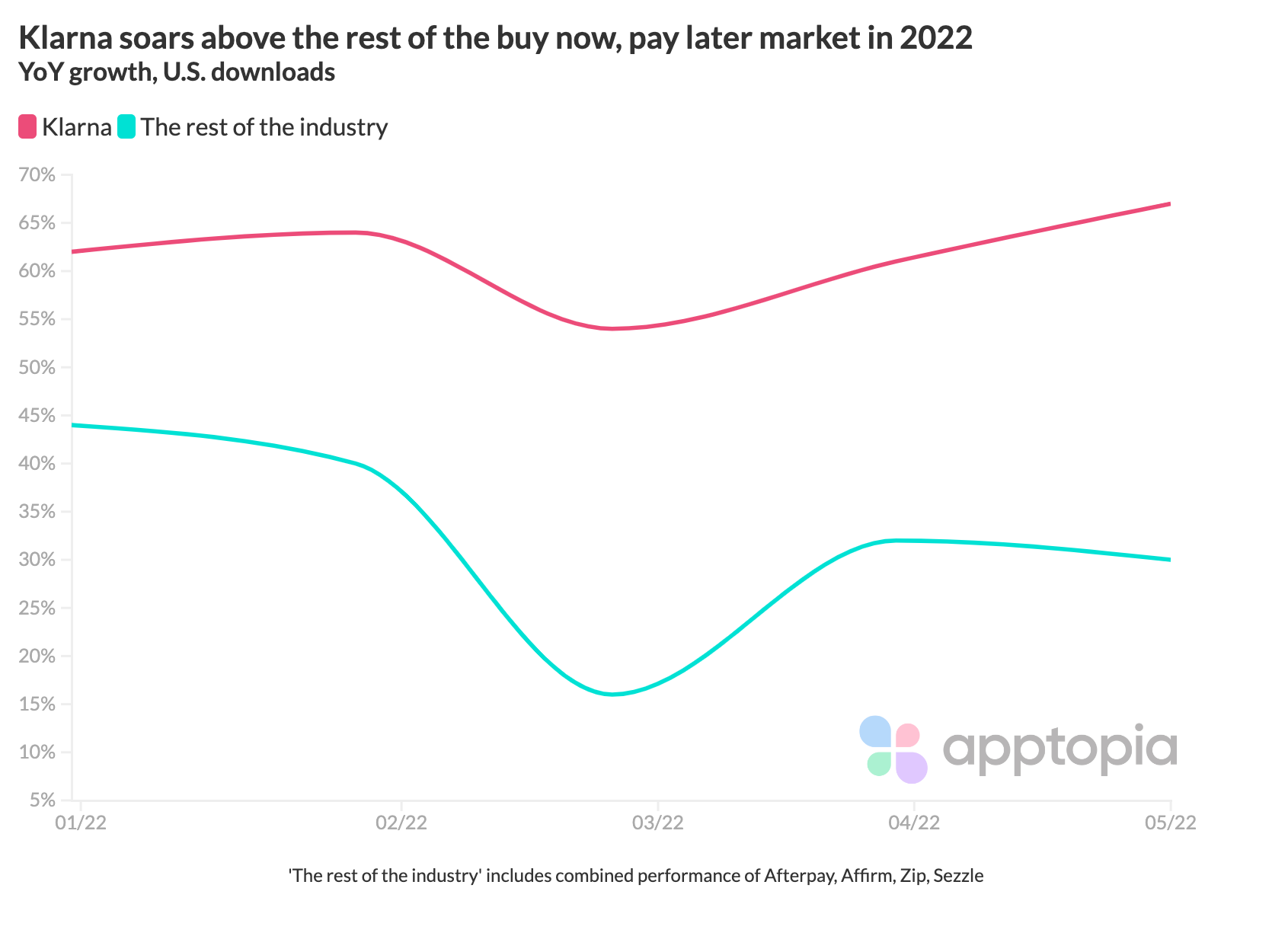 Separating Klarna from the other BNPL players, you can see in the chart above that its download growth reached 67% YoY compared to the rest of the market at an average of 30% YoY in May. Converting more U.S. shoppers from credit cards to another form of consumer debt is risky right now for consumers and Klarna alike. Speculation surrounded Klarna’s recent layoffs that the company must be anticipating more consumer loan defaults as a recession takes its toll. After all, the engagement acceleration seen in both charts speaks to the fact that more consumers are using the loan provider (and to the point above, probably to manage multiple purchases). Whether the debt will be, as Klarna calls it, “sustainable,” remains to be seen.

The BNPL players in the “rest of the market” include Afterpay, Affirm, and Zip (formerly QuadPay) which owns Sezzle. Affirm has been second in the market since December 2021, overtaking Afterpay. Like its place in the market, Affirm was one step behind Klarna in launching its Super App: Klarna released in December, timed to holiday shopping season, and Affirm announced in February. At the time of launch, Affirm emphasized it's function as a financial management tool first. Despite beating Klarna to that, it looks like Klarna will again benefit from prime timing – as saving while spending is top of mind for the country.