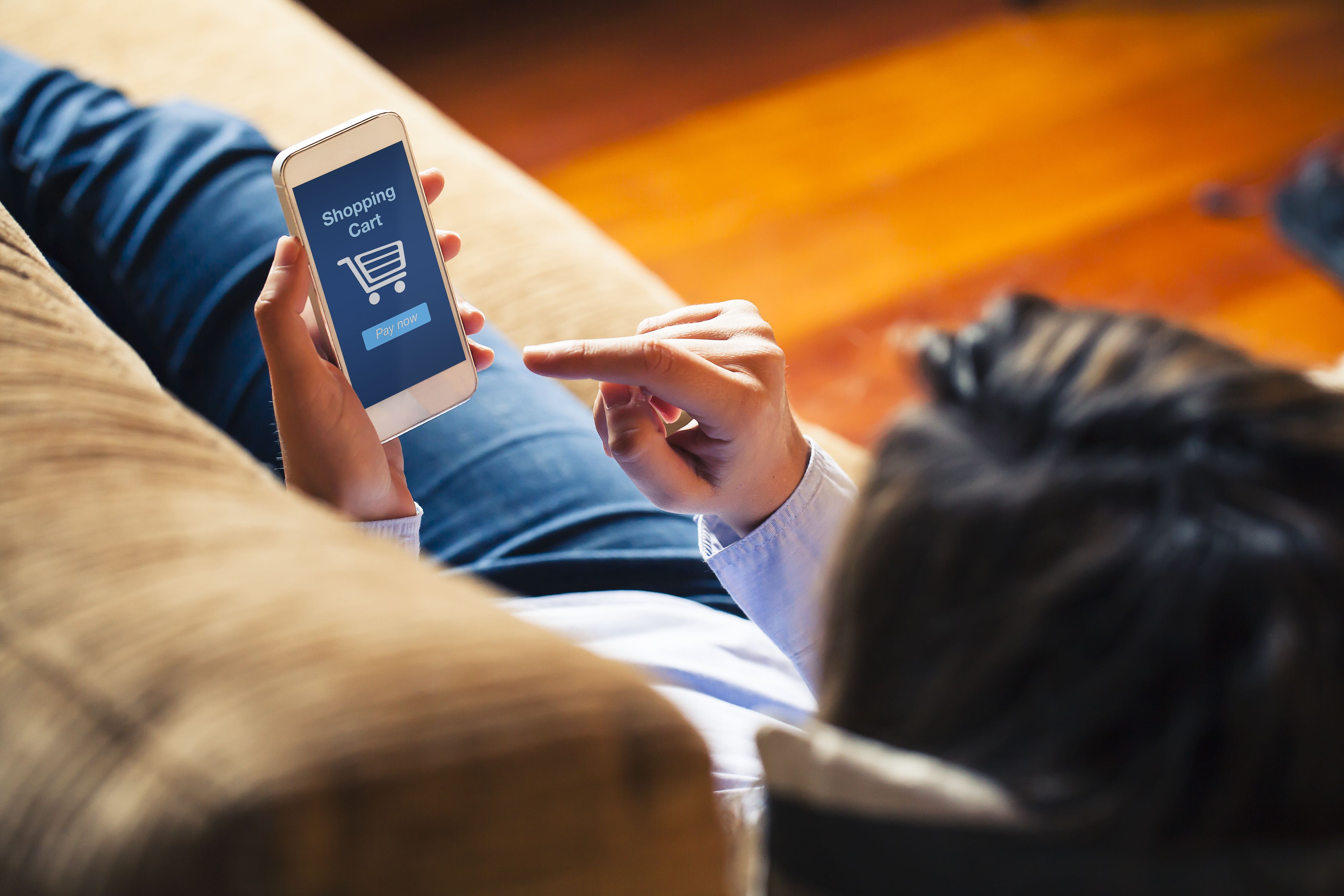 Shopping category downloads in Latin America grew 43% year-over-year for the month of May, mostly on the shoulders of Brazil and Mexico, who are the leaders in both absolute numbers and YoY percentage gain.

According to Visa, 13 million people in Latin America made their first-ever online purchases in Q1 2020 and we’re continuing to see that grow.

From this point on, almost all data in this blog is based on the top 19 ecommerce apps in Latin America. Why 19 and not 20? I find round/landmark numbers are nice on the brain but they are a crutch. After 19, the drop off was too significant to call the app a "top" app. Now, not all of these apps are live in all LATAM countries. You should also know that we excluded apps not created in LATAM countries such as Amazon, Wish and SHEIN. One exception to this rule is Shopee as it has a specific app for the country of Brazil.

We can see these apps are growing more and more each year as mobile phone penetration increases for this grouping of countries. This year, 2020, is set to have the most growth thus far with the pandemic playing a major role in changing how people shop.

We mentioned earlier that Brazil and Mexico were the largest gainers for the Shopping category but with this top selection of ecommerce apps, Brazil and Chile are largest gainers so far in 2020. The only two countries not to gain YTD downloads YoY are Argentina and Venezuela. However, the sessions of these mobile apps have grown YoY; 18.4% in Argentina and 6.5% in Venezuela. Even though new users did not gain on the previous year, absolute usage of these top apps have.

Enjoying the data and insight? Get fresh learnings emailed to you ever Friday morning. 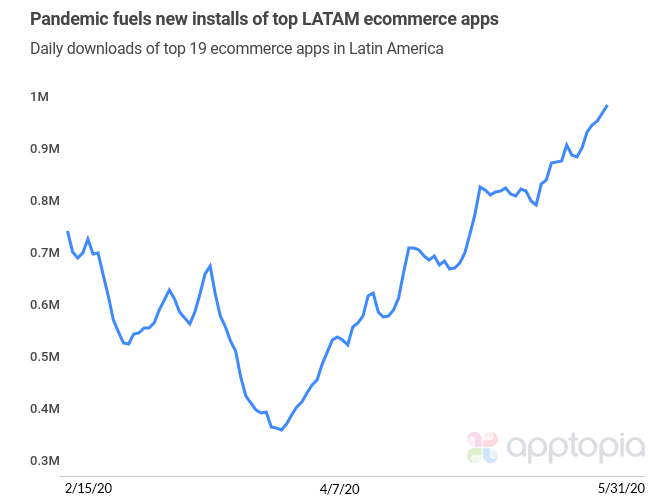 New installs initially sank as the pandemic set in. Job loss, sickness and uncertainty came about. People needed to deal with more important things than shopping. As people tried their best to settle in to a new reality, this allowed ecommerce to take off.

The top 5 apps in our grouping of 19 are Mercado Libre, Americanas, Magazine Luiza, OLX Anúncios and Casas Bahia. Mercado Libre dominates this region. Even though we excluded Amazon from this study, if we were to have put it in the below chart, it would come in 2nd, with Mercado Libre having 51.5% more mobile app sessions in the specified time period. 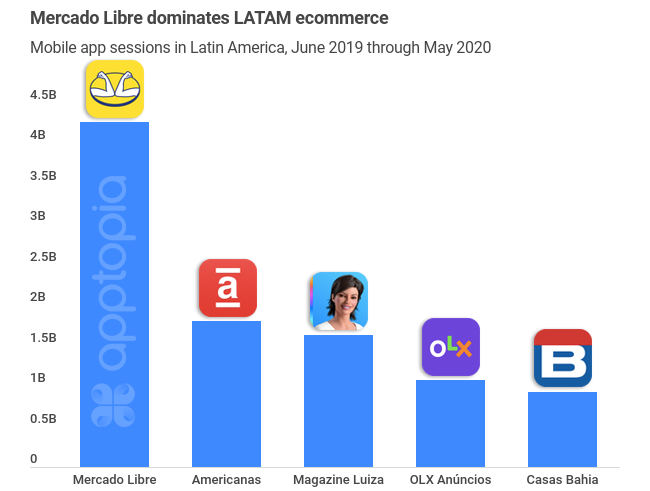 What is Mercado Libre doing better than its competitors? Do its global performance numbers come close to Amazon? Shopee? There's a lot more to uncover, like a deeper analysis of competitors. Accessing user retention curves, reviews sentiment, advertising creatives and much more will give you a greater understanding of this market than most other people have. Knowledge is power.