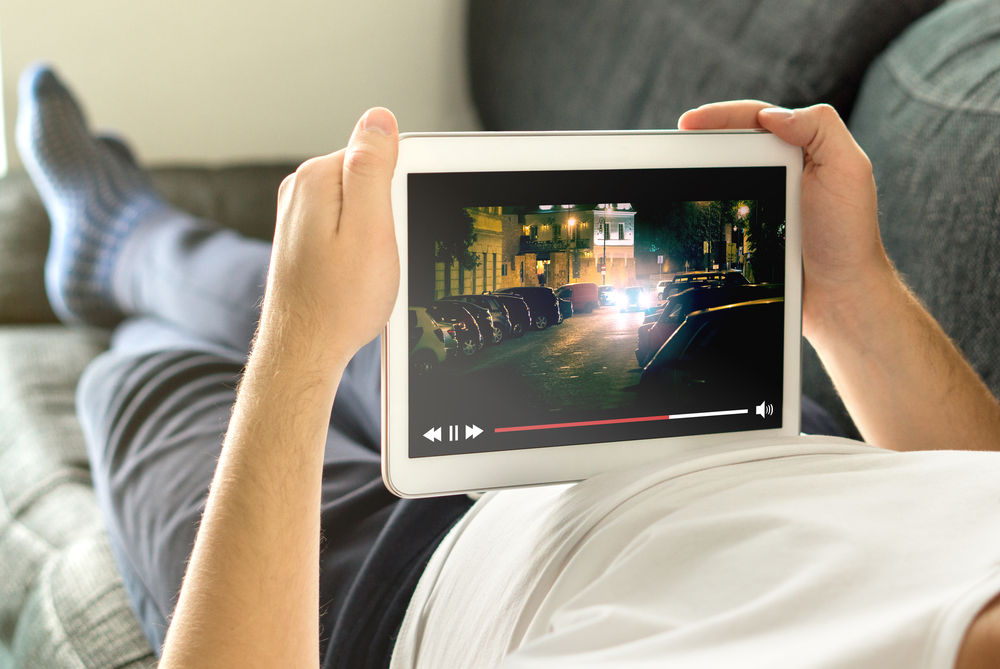 Streaming video on-demand, or SVOD, is a very active area of entertainment with new entrants being announced every week, it feels. We often hear about the Netflix’s of the world but when most people talk about 'cutting the cord', they’re talking about getting out from under their cable provider where they access live television.

Excluding sports specific options such as ESPN and DAZN, we took a look at the top SVOD mobile apps that provide access to live TV in the United States. Included in the grouping is Hulu, YouTube TV, Pluto TV, Sling TV, Tubi, fuboTV, Philo and AT&T Watch TV. As a grouping, quarterly U.S. downloads of these apps have grown 77% over the past two years. From 13.1 million new installs in Q3 2017 to 23.2 million in Q3 2019. In the title of this post, the reason I say "potentially" is because it's very possible people are using these digital streaming options in combination with a traditional cable package. Those people have a hole in their pocket. 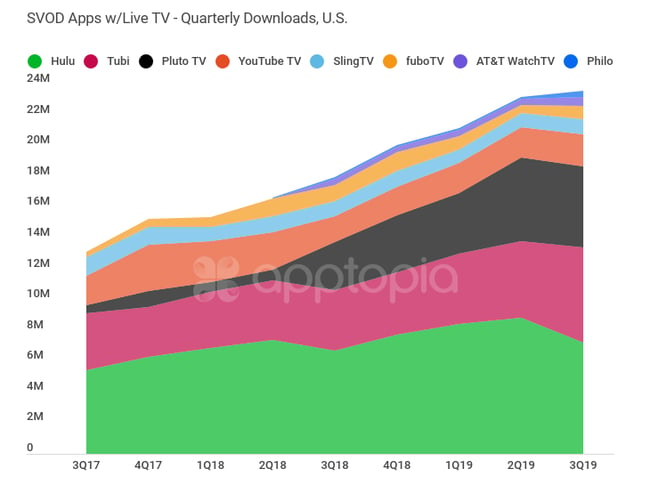 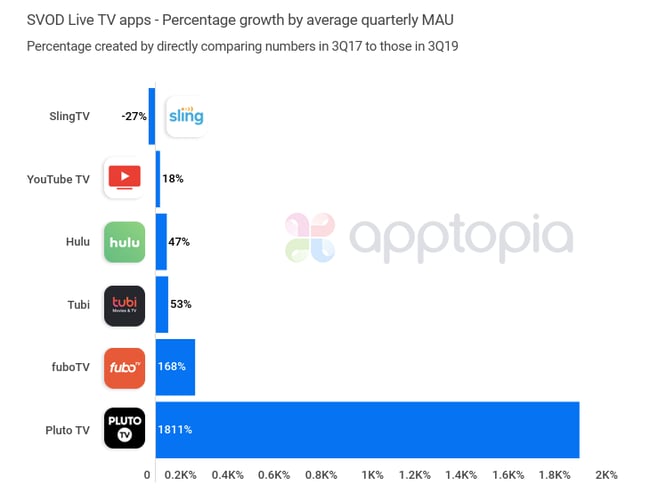 The majority of this download growth stems Pluto TV and Tubi, which are free services that earn revenue by selling ad space. Removing Pluto and Tubi from the group would knock the growth down from 77% to just 37%. Considering subscription services are all the rage in our space right now, this is an interesting development. It’s not unlike the explosion of hyper casual games we’ve seen which generate the majority of their revenue from running ads.

Hulu hit its highest IAP revenue mark of its lifetime in Q3 2019 with $38.6M. Looking at the downloads graph below, we clearly see The Handmaid’s Tale as a driving force for Hulu. Notice the spikes in the second quarters of 2018 and 2019 and the following decline in the third quarter of those years. New seasons of The Handmaid’s Tale premiere in the 2nd quarter.

YouTube TV has grown in-app purchase revenue every quarter since launch until this year. It’s been falling every quarter of the 2019 calendar year. 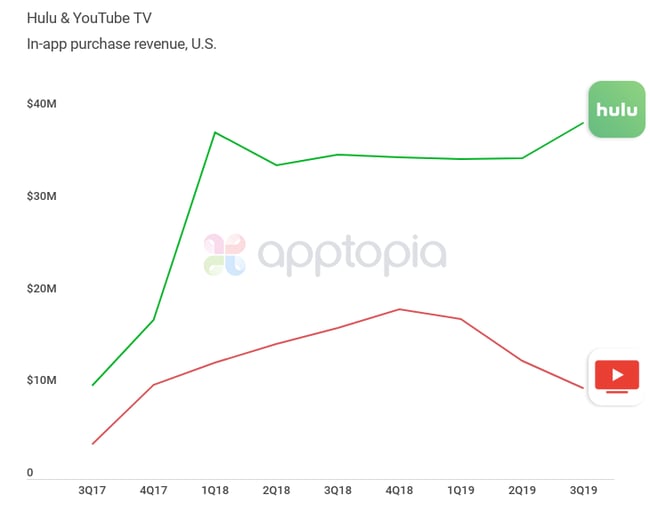 Early in Q2 2019, YouTube TV announced it was hiking the price from $40 to $50. Even early adopters, who were protected from the original price increase from $35 to $40 in Q1 2018, saw their monthly payment increase to the full $50. Alongside the price hike, YouTube TV did add new networks and had at this point rolled out nationwide. IAP Revenue for the app had already started to fall but this move looks to have accelerated it. 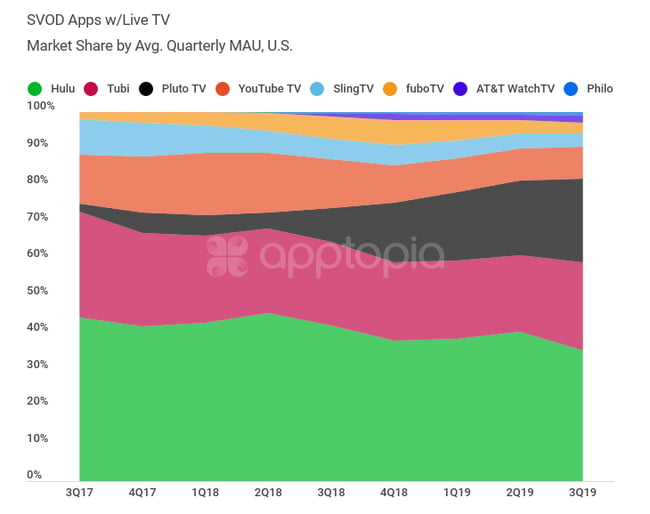