Mulan brings more revenue to Disney+ than any other release, still underwhelms 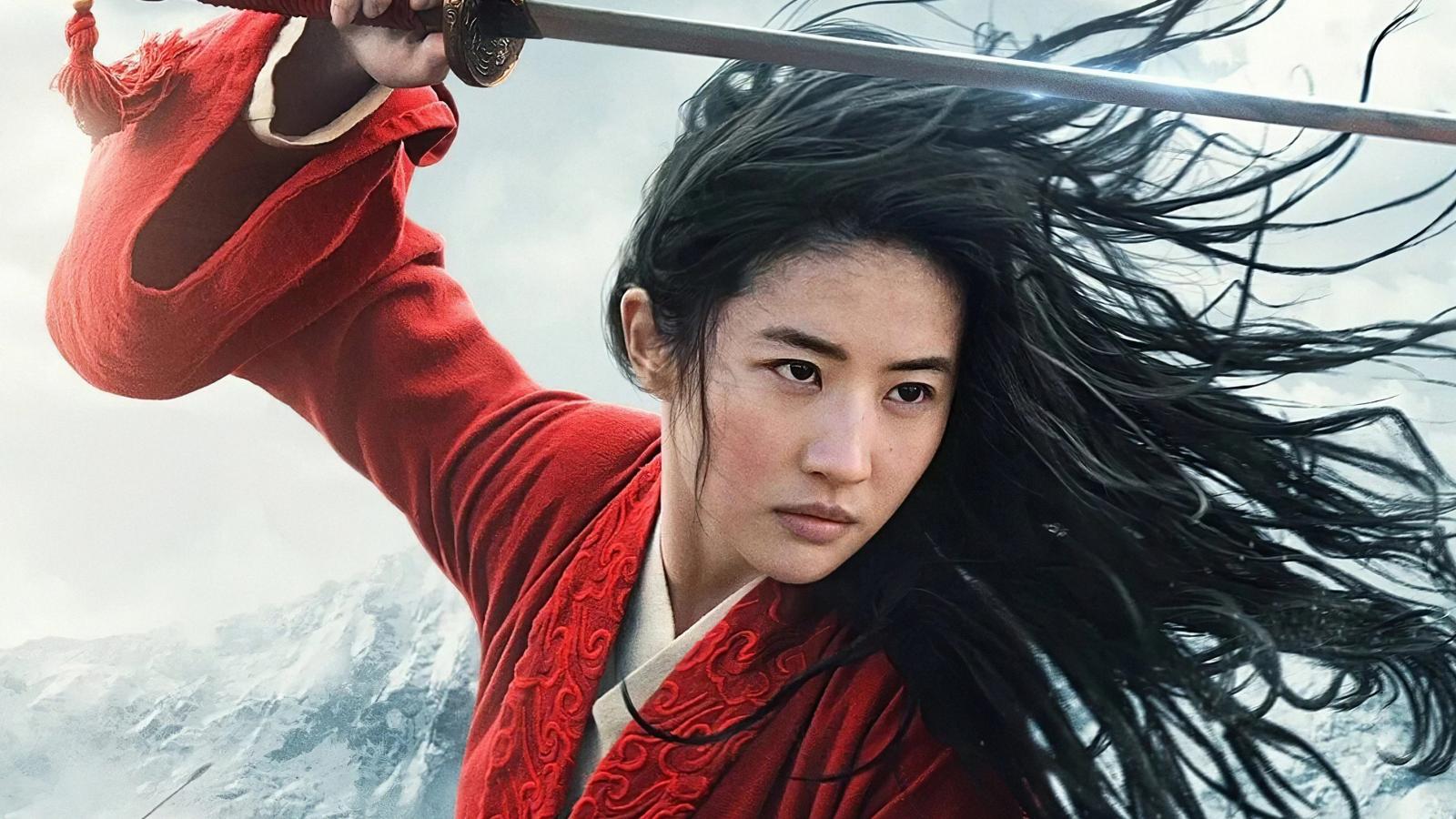 Movie theaters were struggling before the pandemic and now they’re on life support. After Disney had delayed the March 2020 launch of Mulan three times, it decided to take a shot at earning back the $200M spent on the movie’s creation via a digital launch.

On September 4th (Friday of Labor Day weekend in the US), Mulan launched on Disney+. The movie is only available to Disney+ subscribers who then also paid $29.99 for “Premiere Access.” This is a one-time purchase that enables users to watch the movie for as long as they have access to the streaming service. To be clear, you cannot purchase the movie without also purchasing or already having a Disney+ subscription.

The reception of Mulan ended up being more complicated than imagined (more on this below) but its launch is being watched carefully by Disney and other studios so they can better understand the path forward for big budget movies. Should they wait for physical theatrical releases to come back or should they forge ahead with digital launches? If digital, can they charge as much as $30 per household?

Tenet, a highly anticipated movie from Warner Bros. that launched only in theaters, has grossed a paltry $30M in the United States since August 31. Almost all theaters have opened up again in China, but they are limited to 50% capacity. It’s been reported Mulan brought in $23.2M there on opening weekend.

While I’m no expert on movie profitability, I do have a login to Apptopia. For opening weekend, we estimate the Disney+ mobile app generated $5.1M in revenue for the company. This is after store fees are levied which means the amount paid by consumers is around $7.3M.

The Disney+ app generated 60% more revenue in the first week of Mulan’s release than it did for Hamilton’s. Obviously Hamilton was free with a subscription whereas Mulan had a substantial fee attached to it. Also thanks to Mulan, Disney+ hit a single day IAP revenue record on September 8th, with $1.51M globally.

Above is an image of Mulan's lifetime daily IAP revenue intake. If you look closely you will see most monthly subscriptions are billed on the 21st of each month. I know without me using a daily X axis it is tough to see, so you'll have to trust me. Mulan, which was released on September 4th and hit a revenue high on the 8th, breaks the pattern of having the 21st be the highest point of the month for revenue. This tells us Mulan as a standalone purchase brought in more revenue than a good portion of Disney+'s monthly recurring revenue.

Even though the story of Disney+ and Mulan is much more about revenue than downloads, the premiere brought in a good chunk of new users, more than any other content launch event: 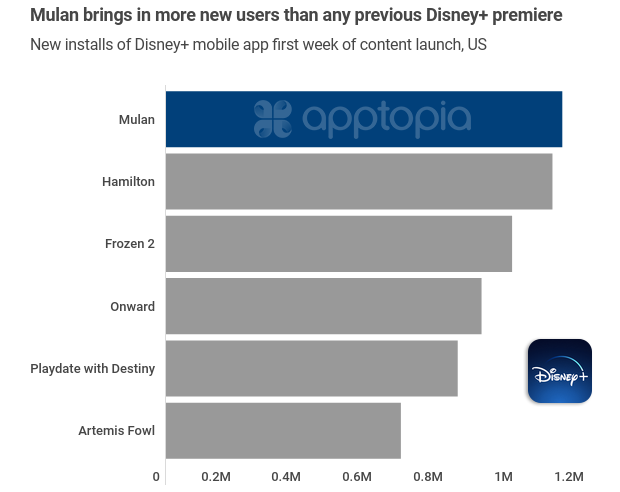 Outside of the pandemic, there are three main factors that hurt Mulan’s launch:

So far Mulan has provided the Disney+ app with its highest ever benchmarks, which on the surface make Mulan a success for Disney. However, I feel the launch is underwhelming. A best ever launch performance was expected given the anticipation, marketing and price point. The price point is 329% higher than that of the monthly fee. Most theaters in the US are closed and viewers aren't clamoring to get back. Just a feeling, but I was expecting a little bigger of a bang in Disney+'s revenue at launch. It's possible revenue stemming from Mulan has a nice long tail. We'll keep an eye out.