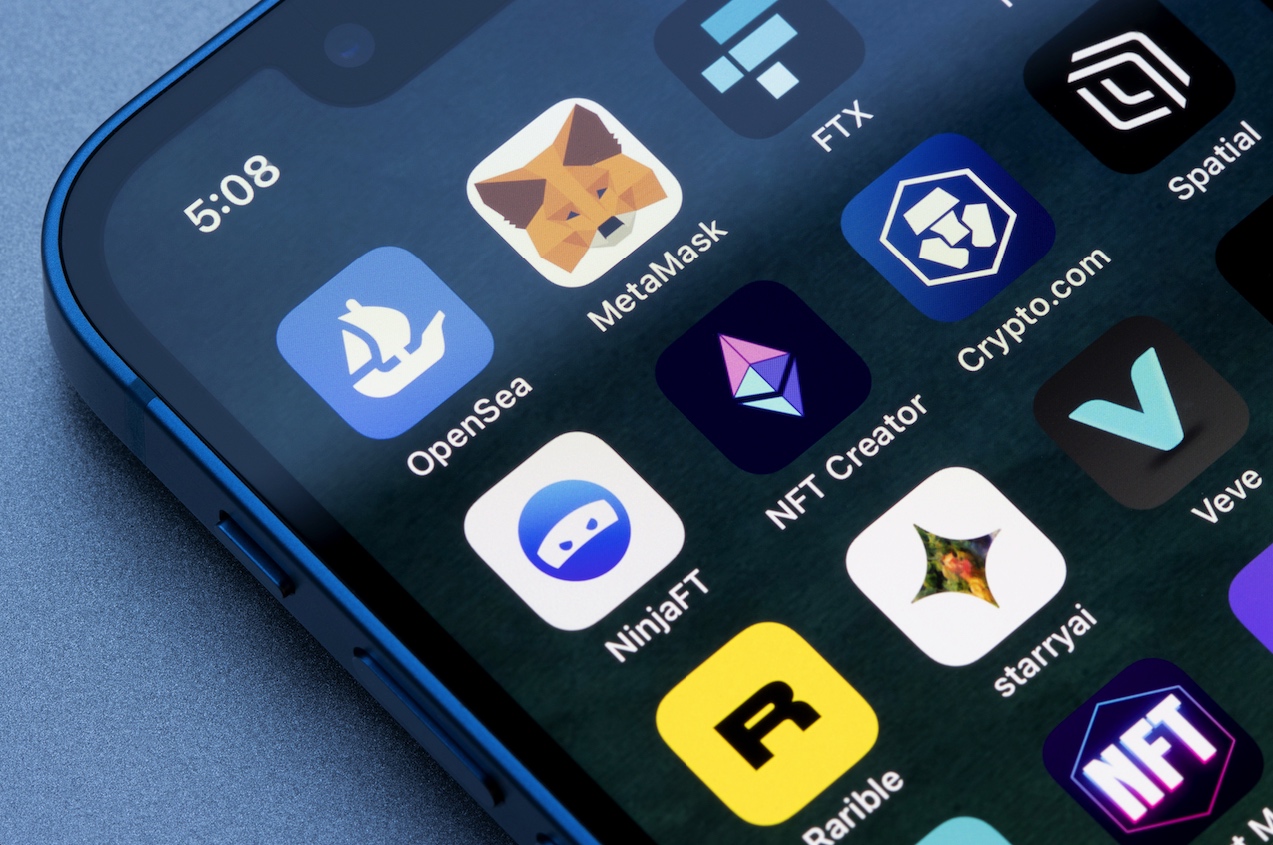 As tech stocks cool off, the WSJ found speculative NFT investments are doing the same.  Looking at market trends in Apptopia, we see net new installs of Veve Collectibles, an NFT marketplace and showroom, are down 99% since their high in mid-November. In-app purchase revenue for the app is down 90%. What are people purchasing on Veve? They're acquiring gems (the app's currency) which can then be exchanged for NFT collectibles on sale through the app. 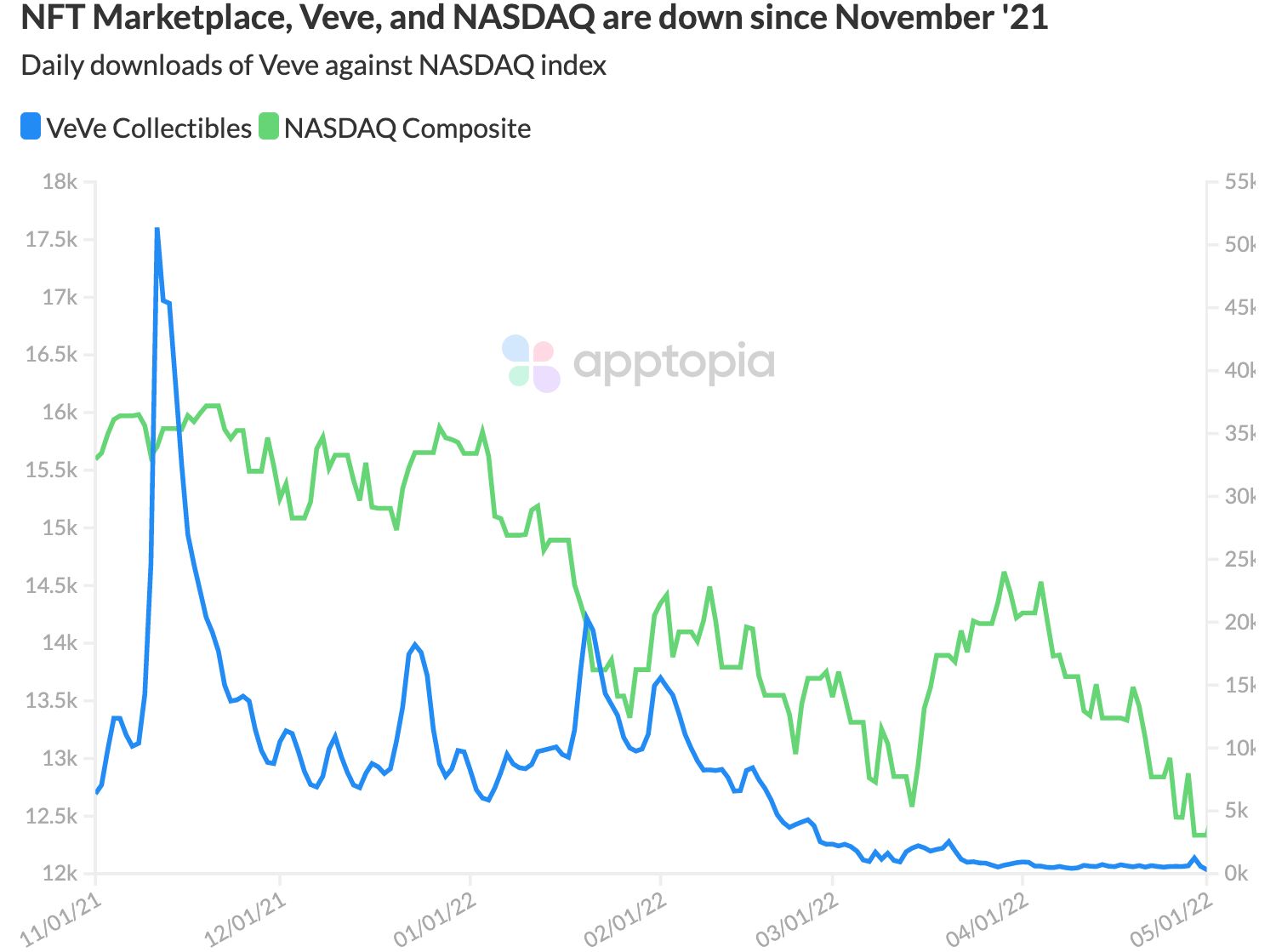 At one point in November, Veve was generating more than one million dollars a day in IAP sales. That has now fallen to under $130k per day. In total since launch in September 2020, Apptopia estimates Veve has been installed 2.2 million times and has generated $84 million via IAPs.

OpenSea, another NFT marketplace that has been plagued by hacks, is estimated to have seen downloads decline 94% from its high in January. Daily active users of the mobile app are down as well, to the tune of 73%. OpenSea's app launched almost exactly one year later than Veve and is estimated to have been installed 6.6 million times. 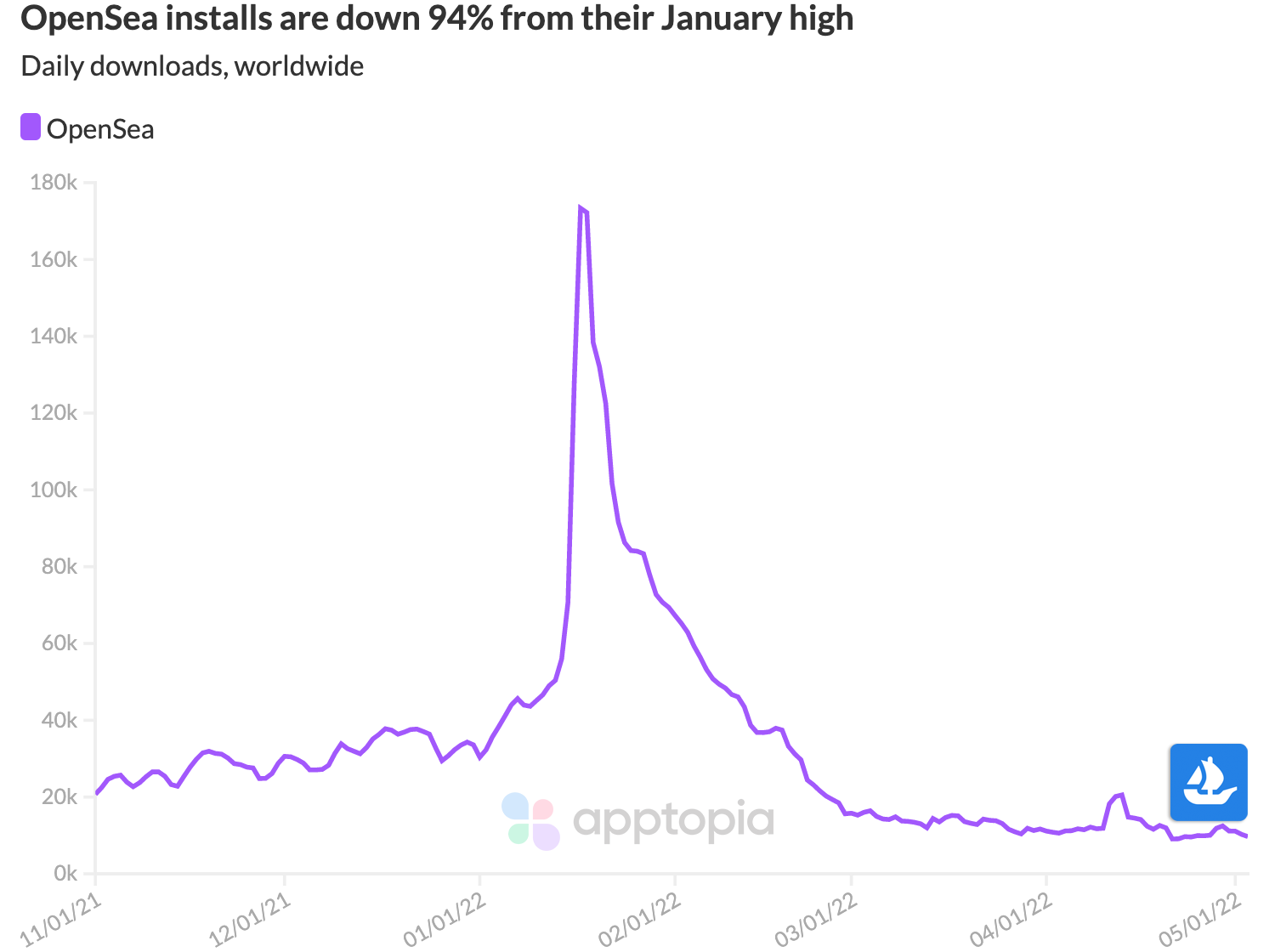 In an attempt to find more high profile NFT marketplace apps, we turned to Apptopia's Audience Intelligence for its Cross App Usage tool. What we found was a strong connection to cryptocurrency exchanges. Here's just one example of OpenSea's data for iOS in the US: 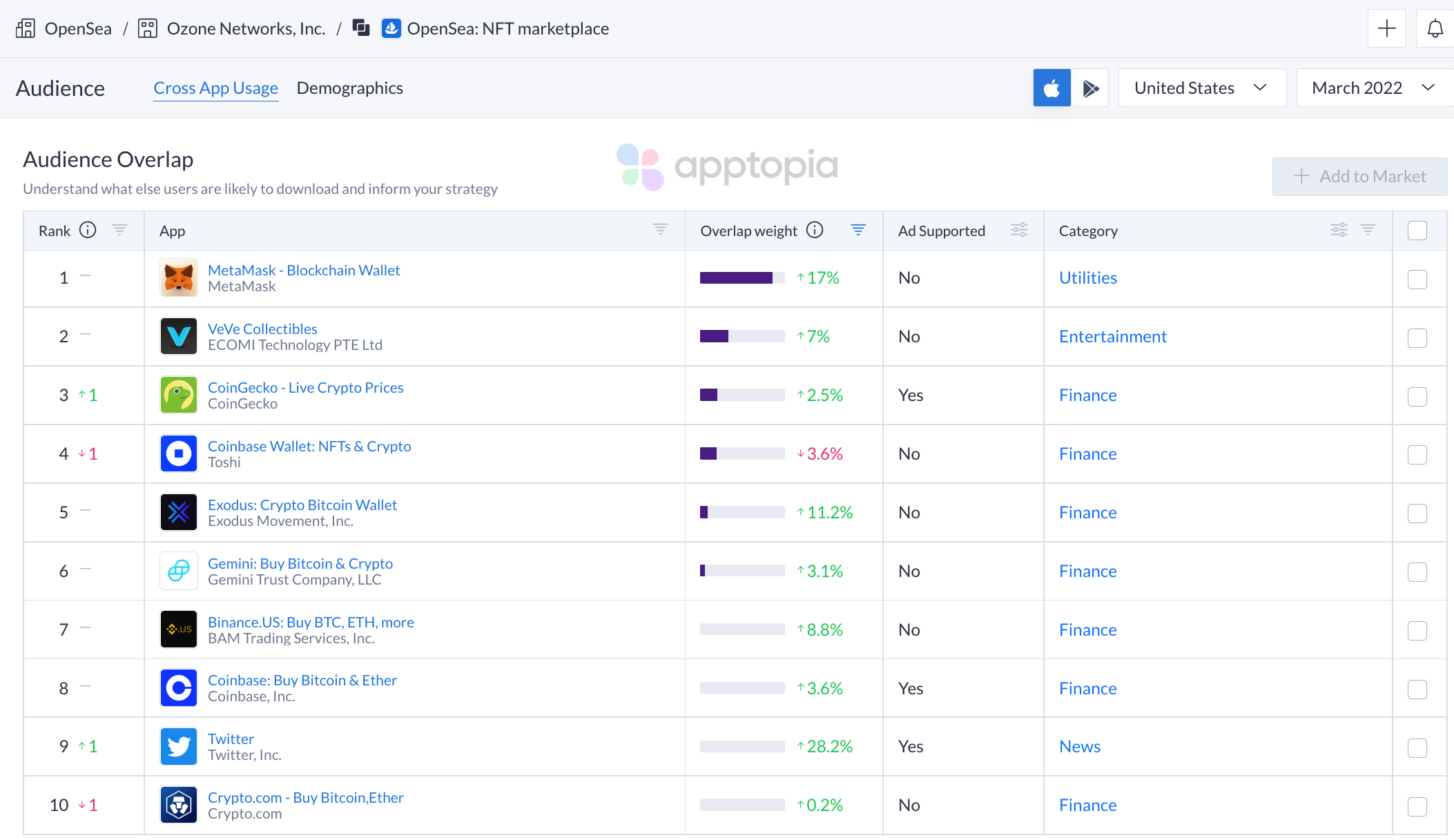 Cross App Usage shows the apps that users of (in this case) OpenSea are likely to also be using. You can see that eight of the top 10 apps are crypto related. Since hitting highs in November, the Nasdaq Composite has fallen 23% and Bitcoin has fallen by 43%. So naturally, we checked in on our market of the top 50 crypto apps (includes exchanges and wallets).

In keeping with our November timeline, we estimate the top 50 crypto apps to be down 64% when it comes to global downloads and down 6.5% when it comes to monthly active users. You can go deeper into crypto apps with the free report below  which Apptopia researched in partnership with Adjust.

Invest in your future with our free report