You'll notice in this chart (and in all of the others) that hyper-casual games continue to be a strong app economy trend for downloads. They are consistently ranking high in the top charts. This is likely because the IAP heavy games are almost solidified in a way. Those of you who follow mobile games will continue to see mostly familiar names in these spots. Competition atop the high grossing charts is fierce and backed by massively resourced companies. Hyper-casual games mostly make their money from advertising. 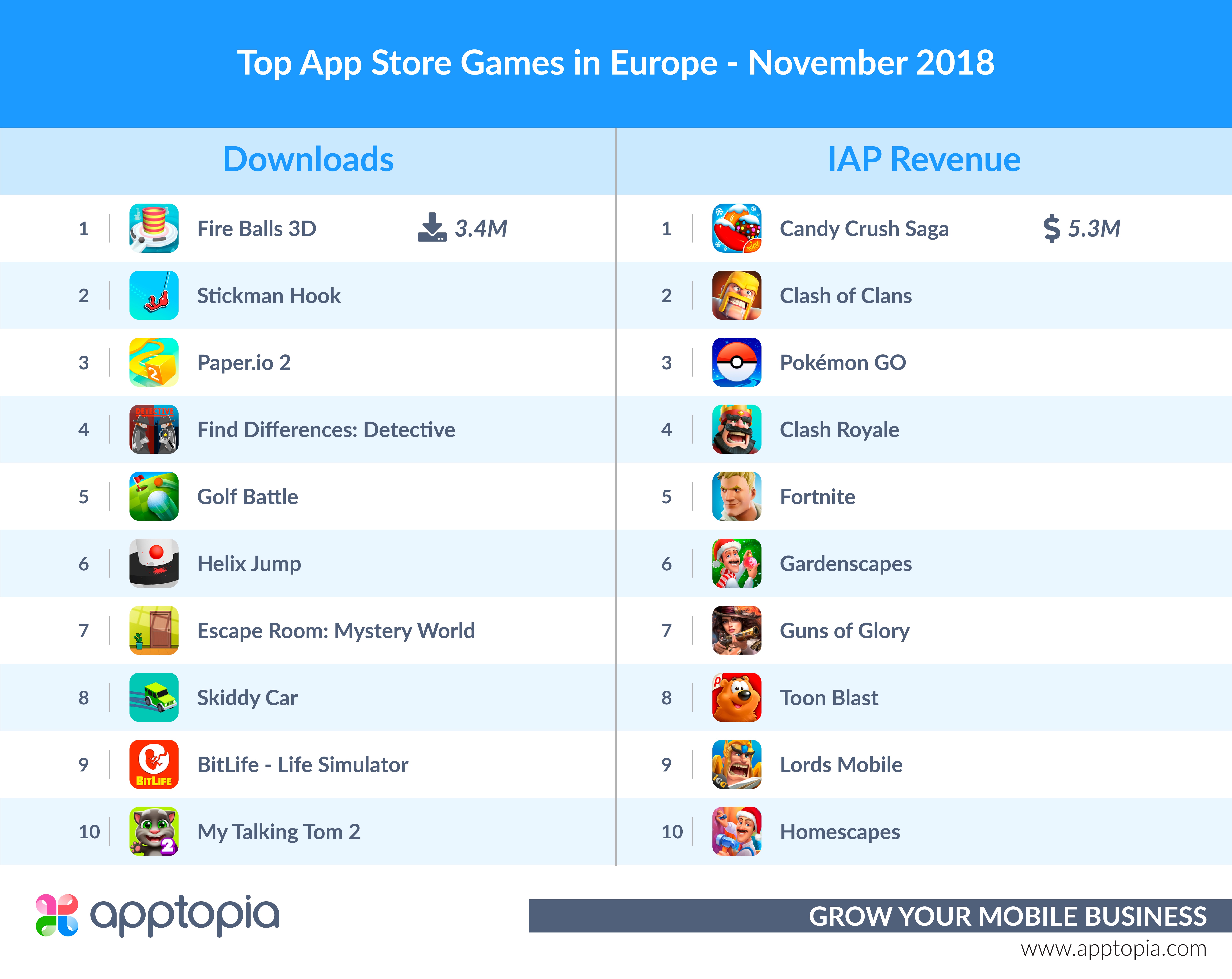 Voodoo has really cemented itself as the gold standard for hyper-casual games, racking up in 1.2 billion downloads across both stores in 2018. Voodoo is the #1 publisher for worldwide downloads in 2018 according to Apptopia estimates. We'll have more end of year numbers coming later this month. 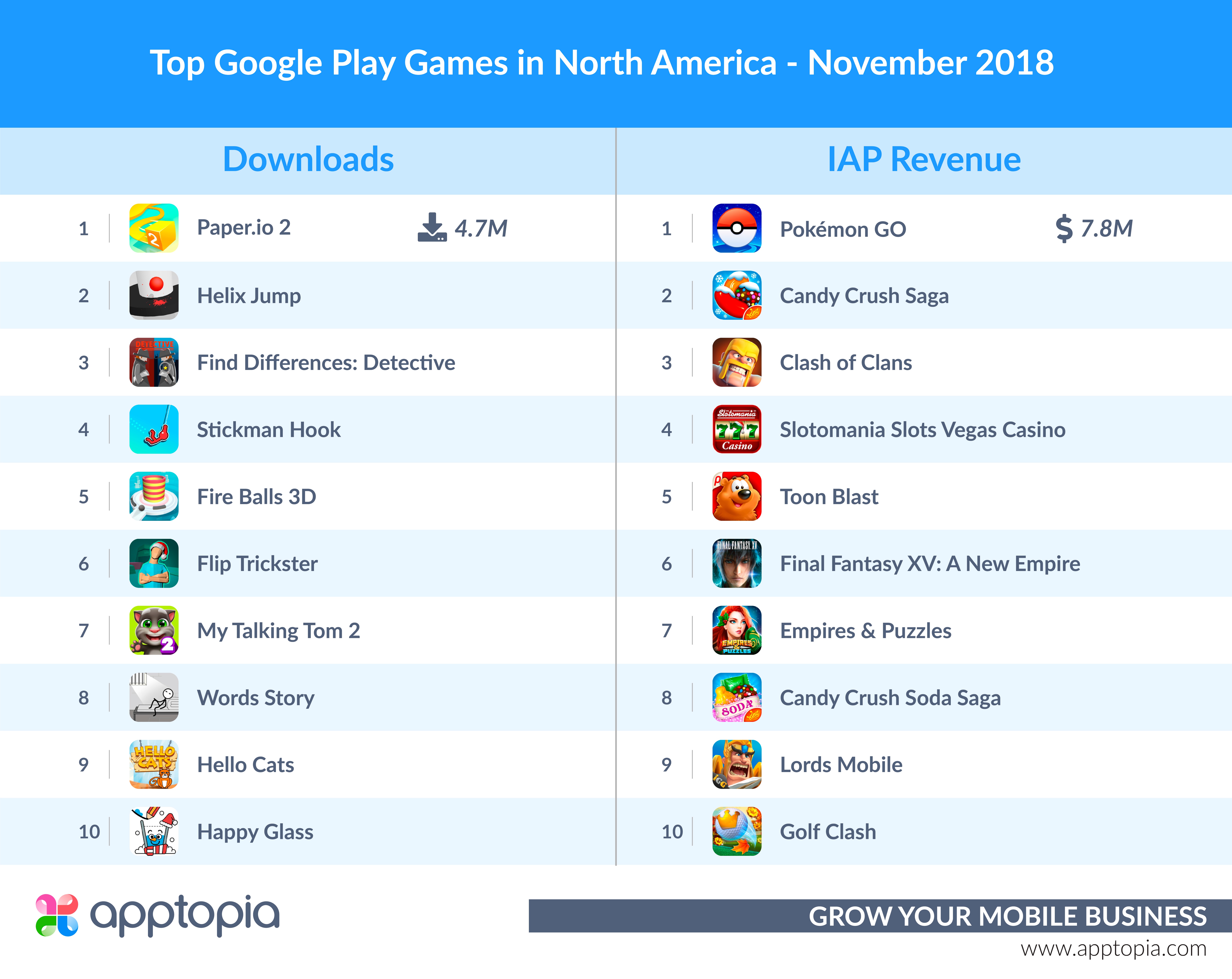 North America and Europe don't vary dramatically in terms of top games. The big difference between the two continents is the delta between the iOS and Google Play. Traditionally we think of iOS as having the big spenders, and this remains true in North America... but take a look at Europe. Europe's top Google Play game brought in more revenue than its top iOS game. Many times, as we move across the globe, there is a shift in spending volume between the two stores. For example, in many Asian countries, the IAP revenue on Android greatly outweighs that of iOS. 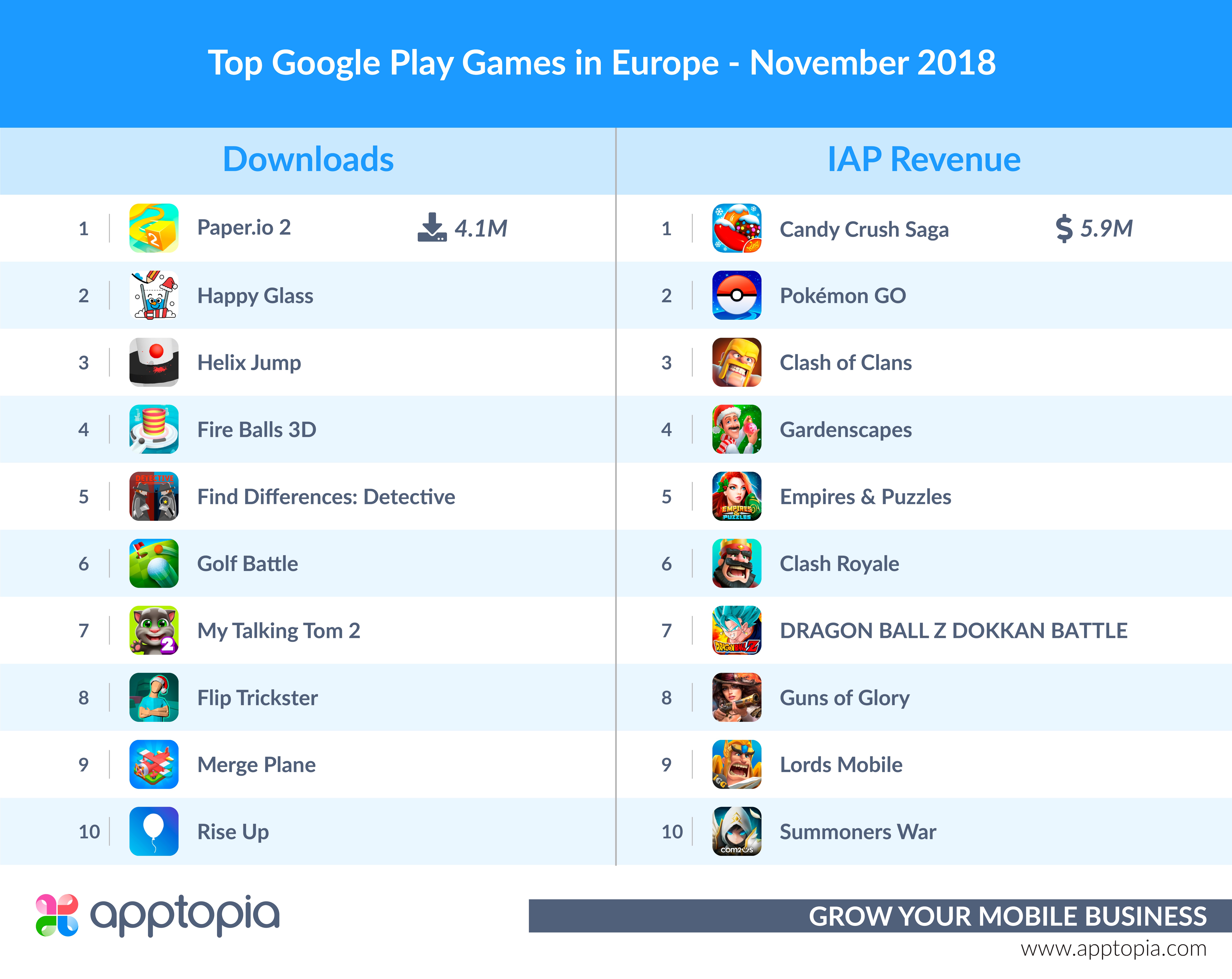