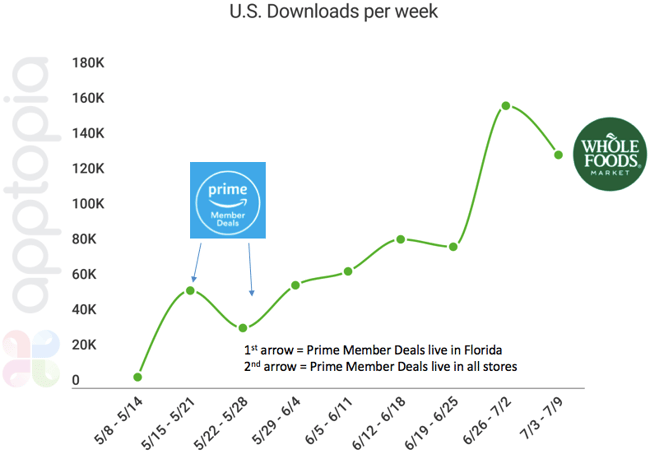 Amazon officially acquired Whole Foods for $13.7 billion in August 2017. The company immediately put up Amazon signs, cut prices on some items (but raised them again soon after), and started selling Amazon products such as the Echo in stores.

Mid-May of this year the company rolled out Prime Member Deals in Florida stores and in all stores about a week later. Members can expect to get an additional 10% off items already on sale in addition to special changing weekly deals. Amazon has more than 100 million Prime members but it is unclear how many of those live in the United States. Tens of thousands flocked to download the Whole Foods app in response to the Prime Member Deals news to save some dough on dinner.