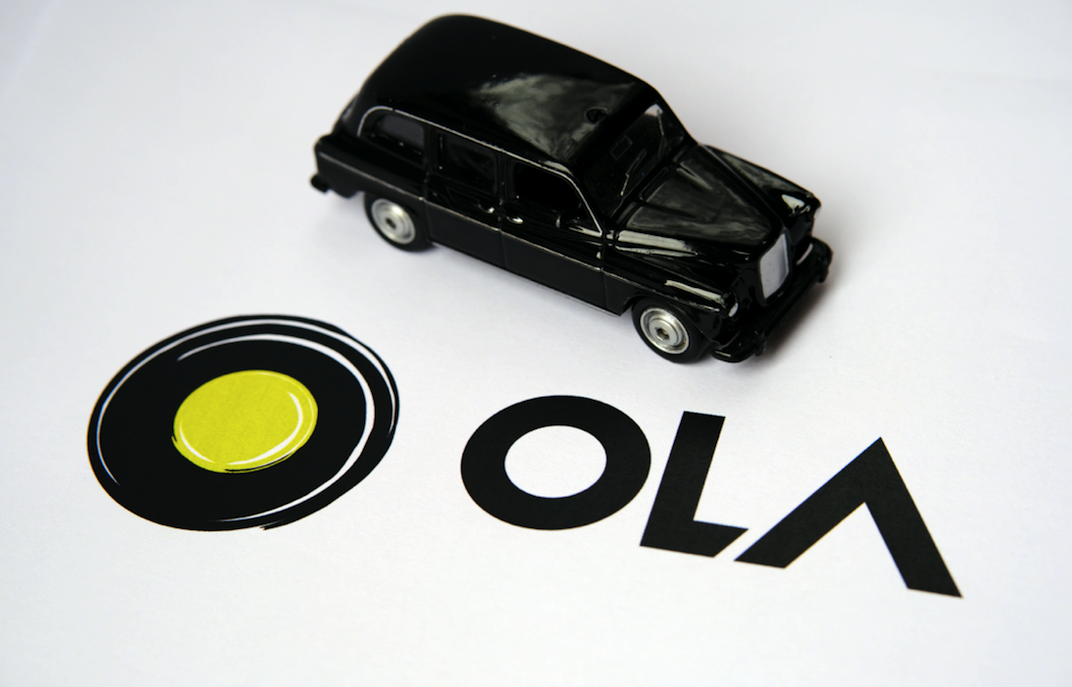 That didn’t take long, but will it last? No, I’m not talking about any recent celebrity marriages, but rather Ola’s out of the gate performance in London. It has already surpassed Uber for daily active users (DAU) in the United Kingdom. Just one year ago I wrote that Uber was dominating UK transport, but Ola’s arrival in London might change that. 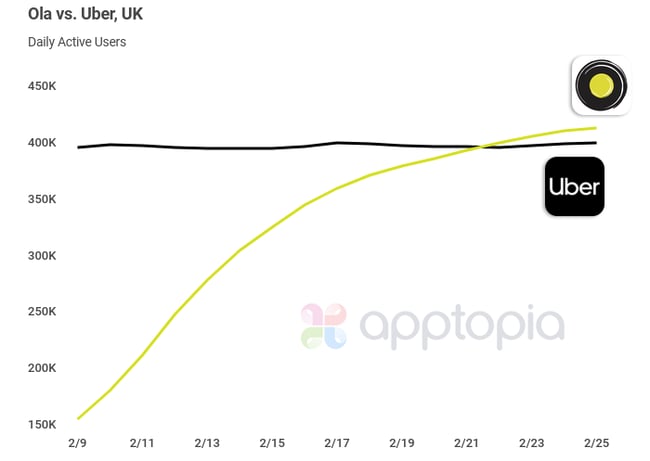 Granted the launch has brought incentives with it – a £25 ride credit is being given to new users in its first week, and drivers are keeping 100% of the revenue for a short while. Ola is not just available in London though, you can grab a ride in Liverpool, Cardiff, and a bunch of other UK cities.

UK downloads of Ola hit an all time high on February 12 with 44,337. So far this month (February), Uber has averaged 13,471 daily downloads. While Ola’s daily downloads remain above that of Uber, they are falling and getting much closer to Uber’s daily average.

Outside of Ola, Bolt is the only transport company providing a significant level of competition to Uber in the UK. When Bolt relaunched in London in June 2019, it never had a moment quite like Ola is having right now. What I mean by that is that its mobile app performance metrics never surpassed that of Uber like Ola has for the time being.