Peloton IAP Revenue increased 200% in just three months after the appointment of Barry McCarthy to CEO. Since April, worldwide IAP Revenue has been climbing past the previous record high, set in May 2021. August appears on pace to continue the streak, and estimates to date are already 5% positive growth from August 2021. 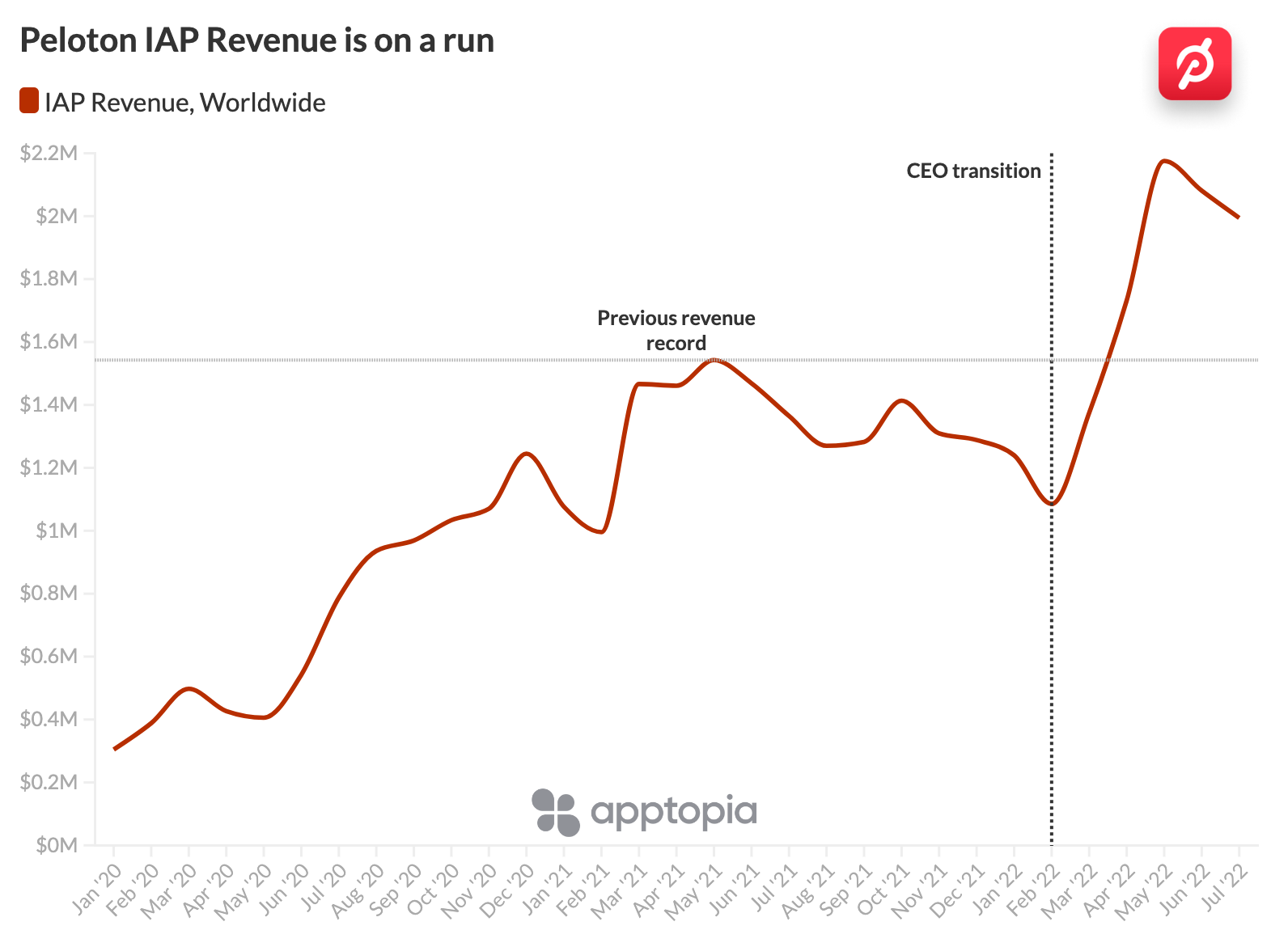 Monthly active users (MAU), on the other hand, are declining each month since February. By July, worldwide MAU has dropped 33% from February totals. Year-over-year, Q2 was down -36% from Q2 2021. This trend line is the same for home fitness competitors Echelon (Echelon Fit app), Nordic Track (iFit app), and Bowflex (JNRY app). Taking the group's average MAU in the U.S. against the leading gyms and studio brands, the reason for the decline appears: home fitness people are ready to leave the house. 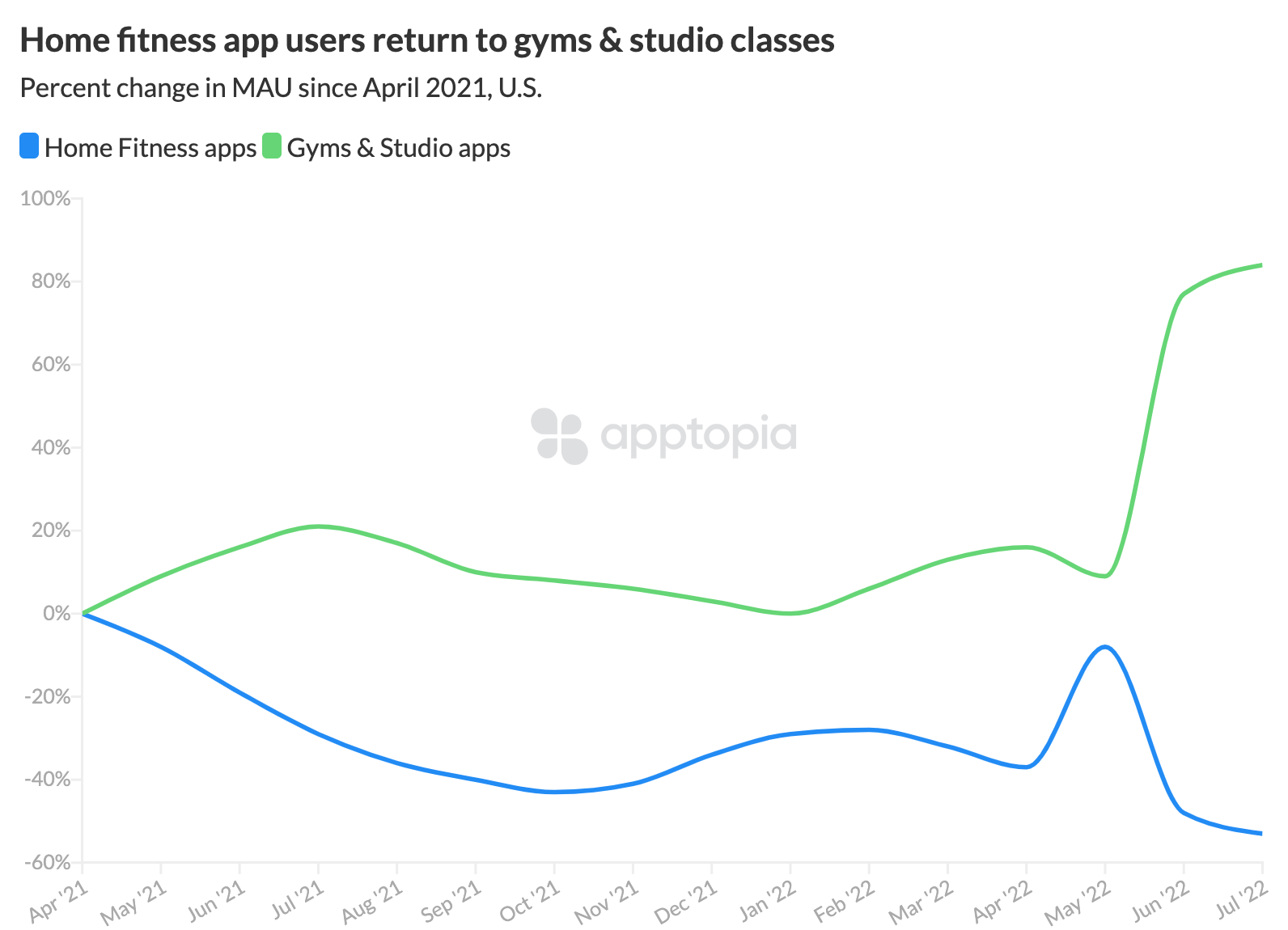 It's unclear how much lower the routine user base of Home Fitness Equipment apps will go, as the apps came up during the pandemic and there was no "normal" baseline before that. Notably, Tonal has grown its MAU 203% year-over-year in July. Tonal is the newest app in the Home Fitness Equipment market, not gaining initial traction until January 2021, so the high growth rate today pertains to small actual numbers relative to competitors. That said, as the chart above shows Gym and Studio app average MAU up 77% and 84% the last two months, respectively, making it a curious time for any home workout business to grow users, period.

The threat of continued churn for Home Fitness Equipment apps poses an existential question for Peloton: how low can it go before its IAP Revenue records collapse? After all, a portion of its IAP Revenue increase comes a first-ever price increase, that impacted existing members beginning June 1. The $5 price hike may take a few more months before its felt. Or - there is perhaps the hope that only Peloton's core market is left now, and the price increase does not matter.

I would not be so sure. Members who signed up in 2022 are protected in special promotional pricing for the entire year at $25 per month. They will likely ride that out and not retain when the price jumps by $19 per month since Peloton acquired them for a bargain rate. This group may as well have rented the bike – which brings up the final fringe group boosting IAP Revenue: the One Bike rental program pilot riders. The One Bike rental program introduced higher monthly subscription fees for bike rental and content, beginning in test markets in March and a full roll out in May (when IAP Revenue hit a high, and regular membership subscription had not moved). The company has not yet reported data about the program popularity, but last week it announced it would be closing its retail locations in 2023, which is how Peloton facilitates rentals.

What other pandemic winners are waning? Compare up to 5 apps in a custom report.