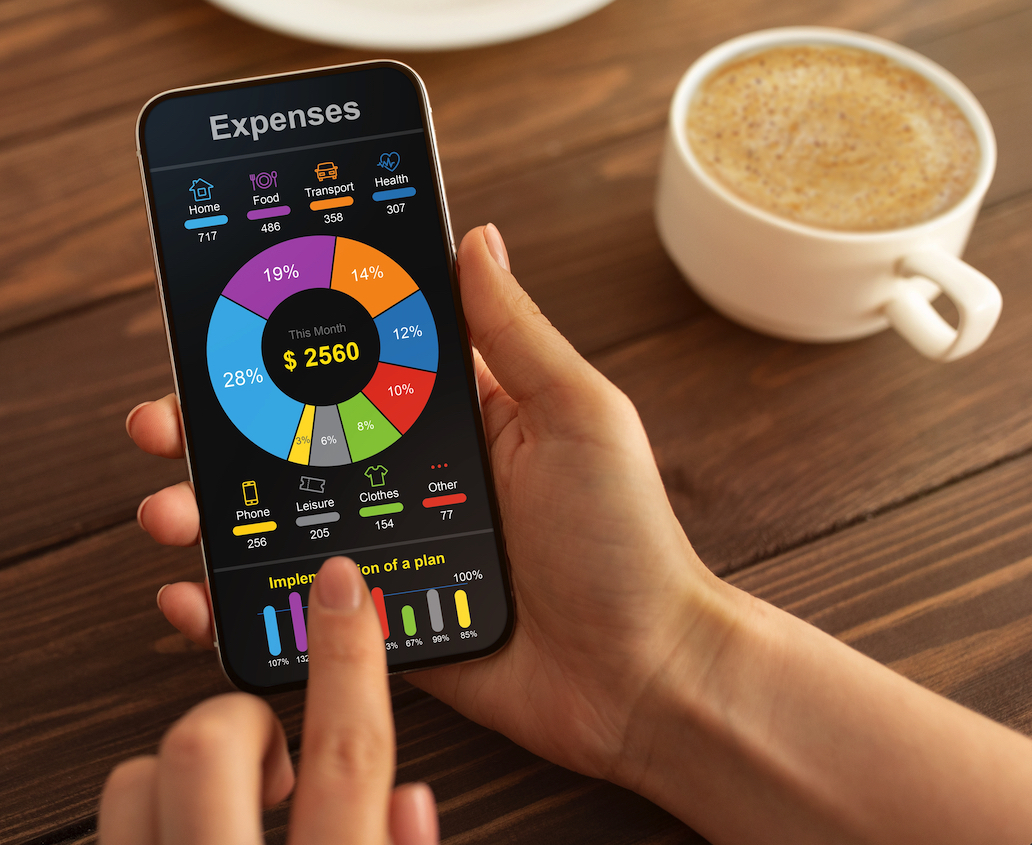 Monthly active users of the top personal financial tracking and budgeting apps in the United States have hit an all-time high in February 2022. People are trying to get their shit together in 2022, and it could partially be due to TikTok. We're looking at apps like Mint, Truebill and EveryDollar. These apps help people organize and manage their personal finances. I think the combination of the r/wallstreetbets storyline last year, the rise of crypto in popular culture, and "finfluencers" on social media, has created more interest and more savvy in the personal finance space. 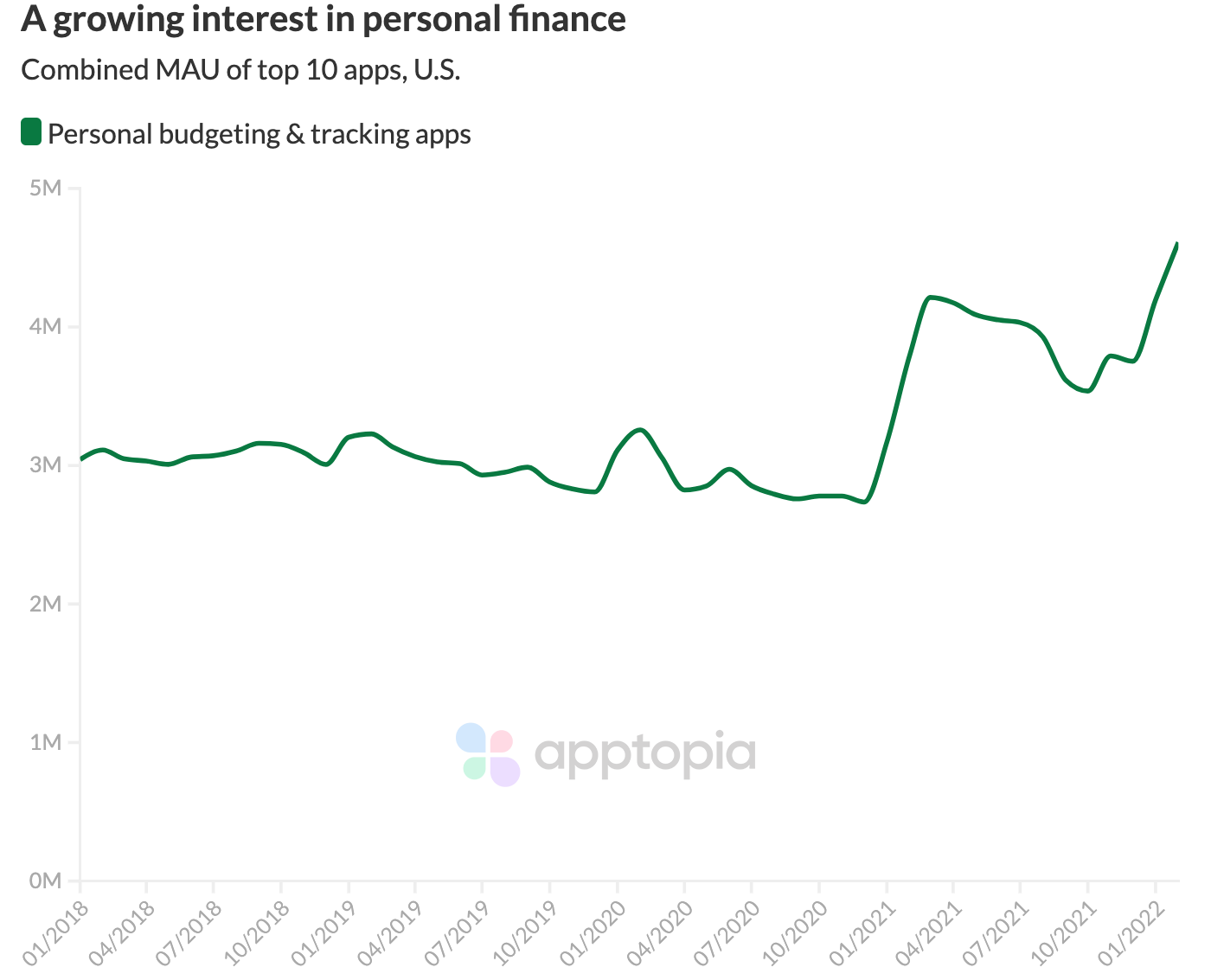 Despite high growth rates for most of the top apps, one well known contender is showing a notable decline in monthly active users. Mint is the OG of personal finance apps, having first launched on iOS in 2008. The once massively popular app has shown a consistent decline in MAU since from 2015 through 2020. Fast Company outlined its problems in early 2020. In 2021, Mint added features like the ability to track subscriptions and the ability to track crypto investments. These updates gave the app a real shot in the arm before user numbers started to fade again in Q4 2021, before hitting a seasonality boost in January 2022.

Just like we see with Health & Fitness apps, there is a beginning of year boost for personal finance apps. In addition to getting physically fit, becoming more fiscally fit is on consumers' minds as well. The top 10 apps as a whole have averaged a 56% month-over-month gain in downloads from December to January over the past five years.

I can't end this post without talking about Truebill, who has become the market leader. Apptopia's X-Ray dataset tells us the app has been consistently adding features to keep up with the demand of savvy users, like exporting, importing, tracking crypto investments, lending and more. MAUs of the app have grown 79.4% year-over-year in the month of February. 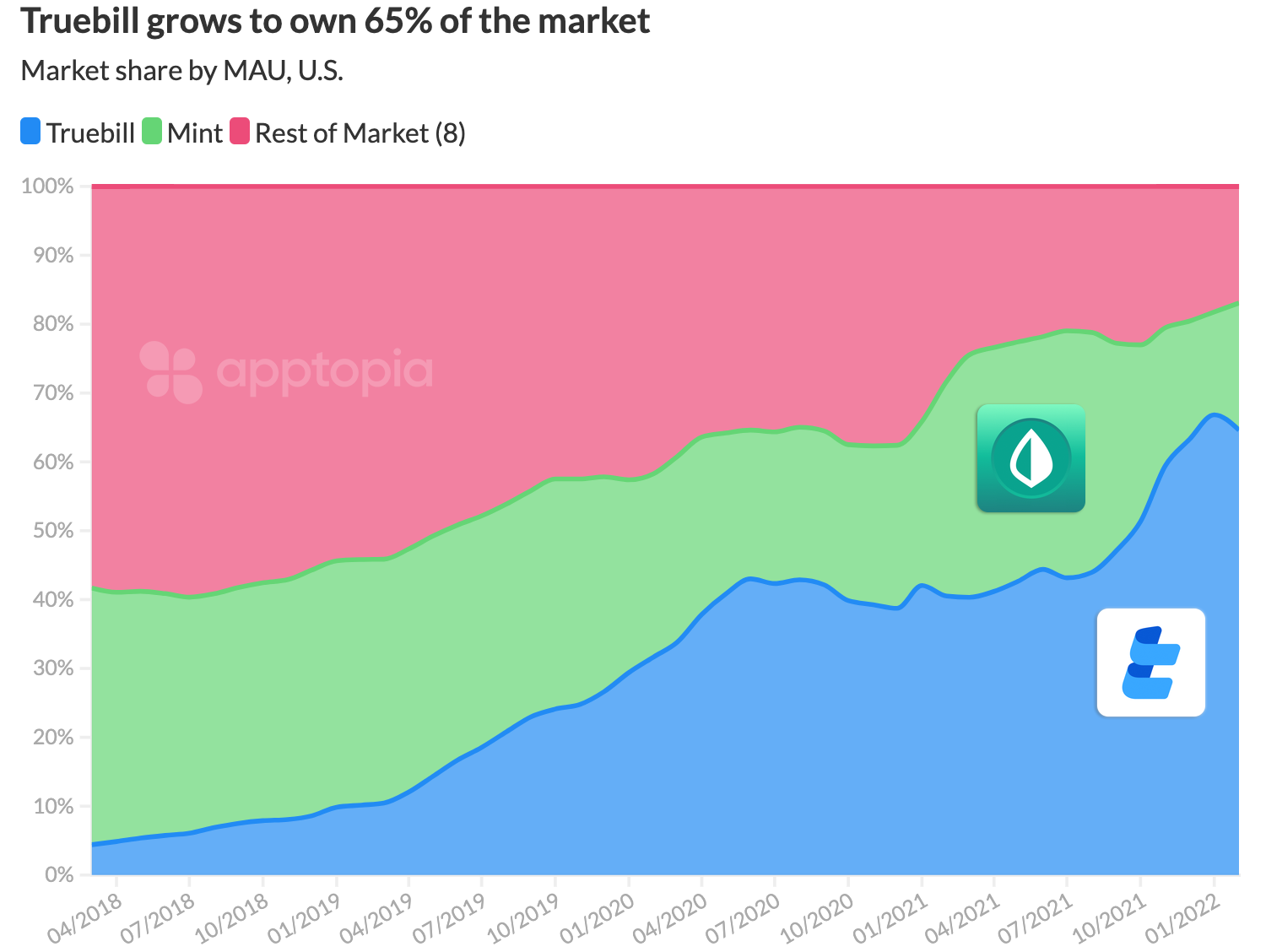