Pokémon GO players have now spent a whopping $2B dollars through in-app purchases since the game launched in July 2016, according to Apptopia estimates. The game has never sat lower than the #65 overall grossing spot in the U.S. App Store. It’s not the fastest game to ever hit this mark but more generally, not many games do hit this mark. Most games don’t make much money at all, and recently launched would-be competitors to the augmented reality phenomenon have fallen short. 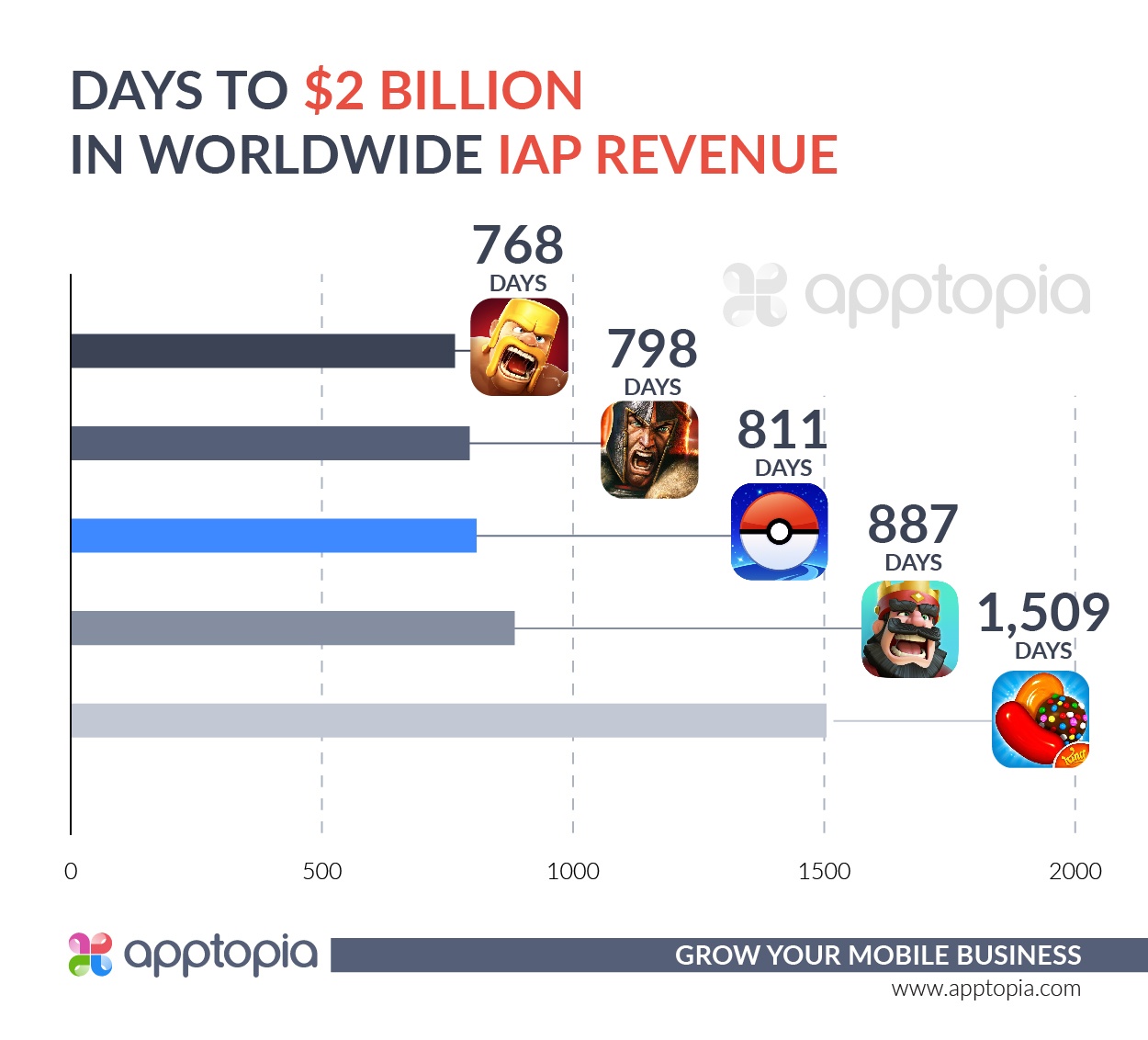 There’s been a lot of analysis and articles written, breaking down how and why Pokémon GO has and is still so successful. I’ll focus on the data for this post, but please feel free to contact me if you’d like more insight there. Having said that, I will point you toward one article from Apptopia COO Jonathan Kay explaining one thing most top grossing games have in common, and you’ll see Pokémon GO is no exception.

While it took 811 days to hit the $2 billion mark, it only took 302 days for it to hit the $1 billion mark. This was due to one of the hottest launches the mobile gaming world had ever seen, generating close to $400 million in less than two months. For a quick comparison, Fortnite (only available for iOS at the time) generated $50 million in the same amount of time.

In the image above you have no doubt noticed that while Japanese players spent more money than those of any other country, Japan is not in the top 5 in downloads. We’ve long known Japan has the one of the highest ARPUs in the world and Apptopia data tells us that is on display here. Brazil, one of the fastest growing mobile markets, comes in as the country with the second most downloads. For dollars spent, it comes in at #11.

Pokémon GO will continue to soar to new heights as Niantic plans plenty of promotions, updates and live events. The game remains fresh in players' minds as it demands to be traveled with. New locations bring new opportunities and different, rare pokémon. We'll continue to monitor the game's performance as we roll into the winter, but please feel free to reach out with questions.