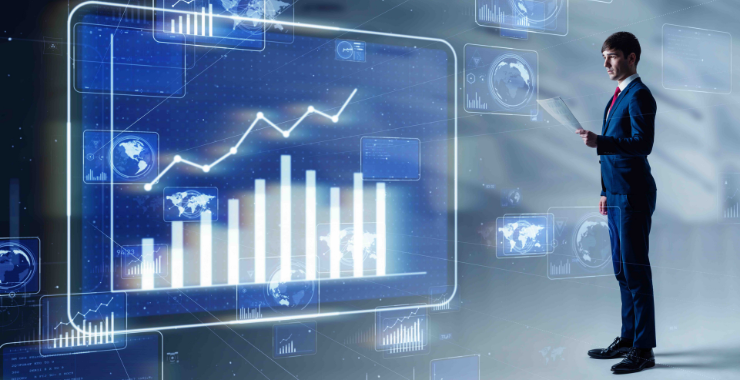 In Q2, Apptopia's mobile data identified leading indicators and trend shifts in tickers weeks ahead of consensus for a number of stocks, as mobile performance correlates with company key performance indicators. As our team has worked alongside investors to uncover correlations that can help predict earnings outcomes, we find cases every quarter where the nuances to mobile performance metrics make all the difference. For example, when Netflix went after password-sharing, it impacted the metrics that mattered. This Q2 earnings review breaks down what we saw in Uber (UBER) and Duolingo (DUOL) that Wall Street did not, and a consideration for evaluating Six Flags Entertainment (SIX). 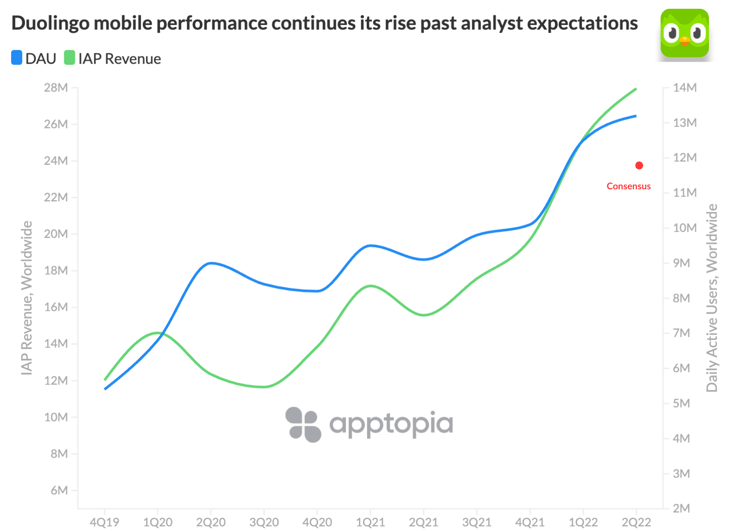 Mobile performance data has proved a valuable signal for predicting Duolingo financial performance year-to-date. Estimates for daily active users (DAU) were above consensus expectations, which matched what Duolingo reported. Duolingo-reported DAUs came in +12% ahead of expectations for a sequential decline in users, and the company also beat consensus bookings, paid subscribers, and revenues. 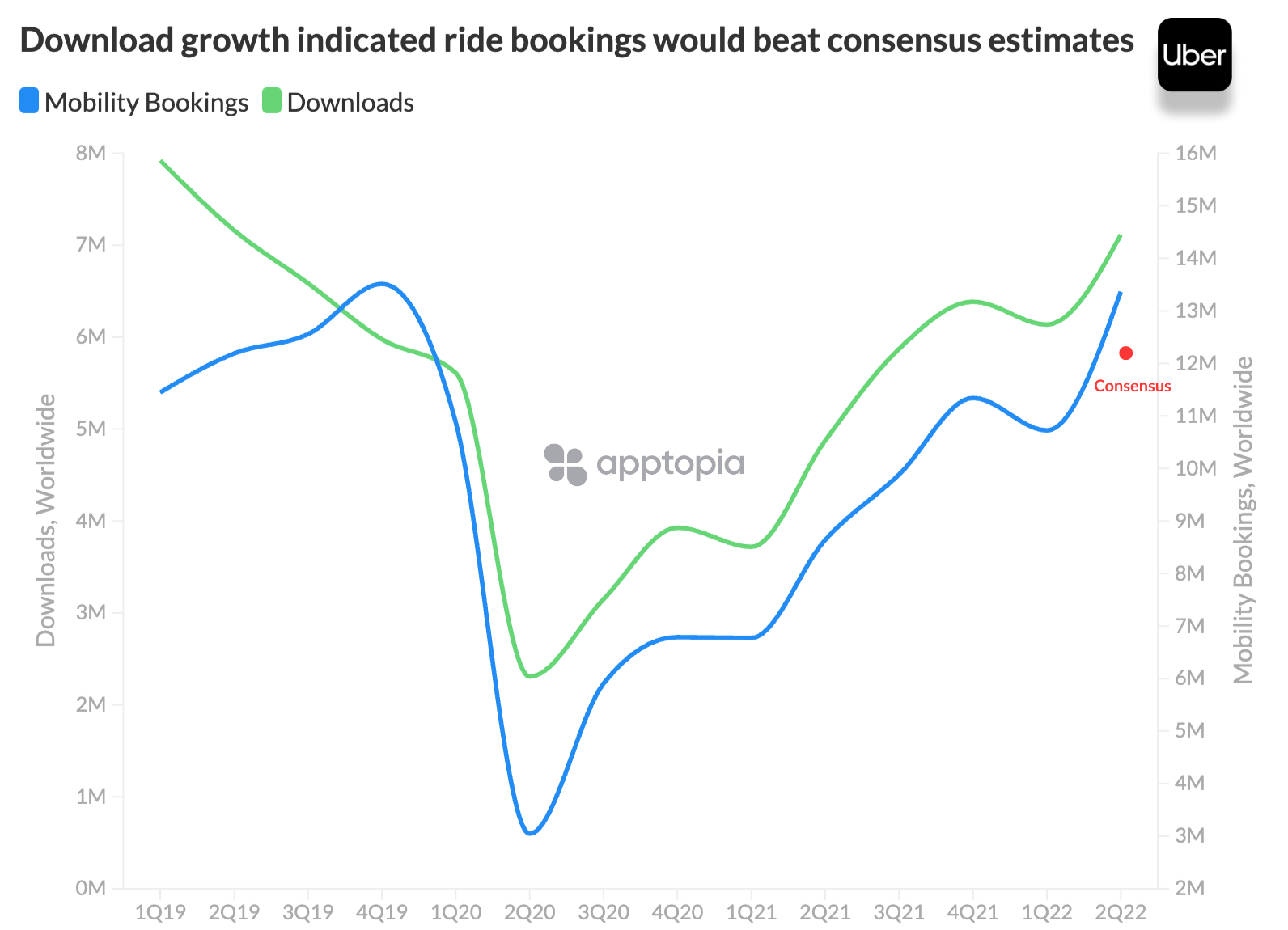 Over Q2, Uber downloads increased sharply at +16% QoQ, signaling growth for the business. Downloads correlate with Gross Bookings for the Rides segment (seen above as "Mobility Bookings"), which Uber reported to have a rebound in Q2, beating estimates by 6%. This drove strong revenue results, and the stock popped +19% after reporting Q2 numbers. 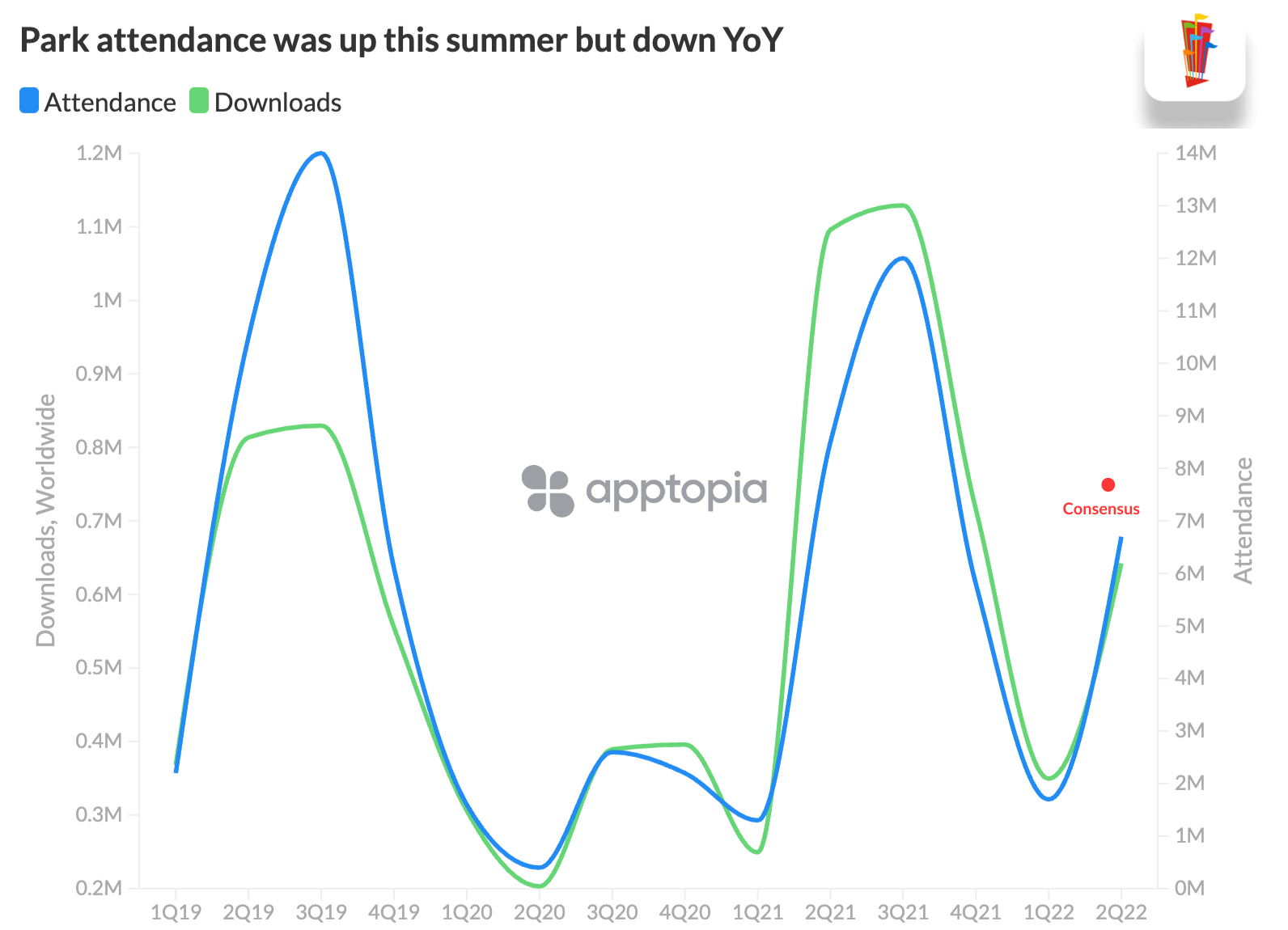 Six Flags's 2Q mobile downloads were up sequentially but down on a year-over-year (YoY) basis, and appeared lighter than the rebound that consensus was expecting for. At earnings, the company reported weaker than expected attendance and revenues, with attendance coming in 15% below consensus. The stock dropped after earnings, surprising investors that were optimistic about the season's relative performance.

Six Flags also noted that 3Q attendance was trending below their optimal level. Looking at the strong performance of July and August 2021 in the chart above and where downloads currently stand (not shown), we know to continue evaluating downloads as a marker for overall performance.

If you would like to gain an insight on a number of companies you can access a free report on the tickers of your choice below. Apptopia is also proud to be fully integrated into Bloomberg. Find a free two-week trial of the Apptopia application on the Bloomberg Terminal at {APPS MOBILE <GO>} or via this Blue Link.