If you’ve been following along with us on LinkedIn, Twitter or Facebook, you’ve seen and read about how vital user retention is to your monetization efforts. What happens after the download determines how viable your business is. With that in mind, we’ve compiled the top apps, games, app categories, and game subcategories by retention over the quarter (July through September).

*Every user retention percentage is 30th day user retention in the United States, and based on Apptopia estimates. All individual apps analyzed meet minimum requirements of having at least 30,000 worldwide downloads over the course of the quarter and a minimum average of 10,000 monthly active users over the same time period. 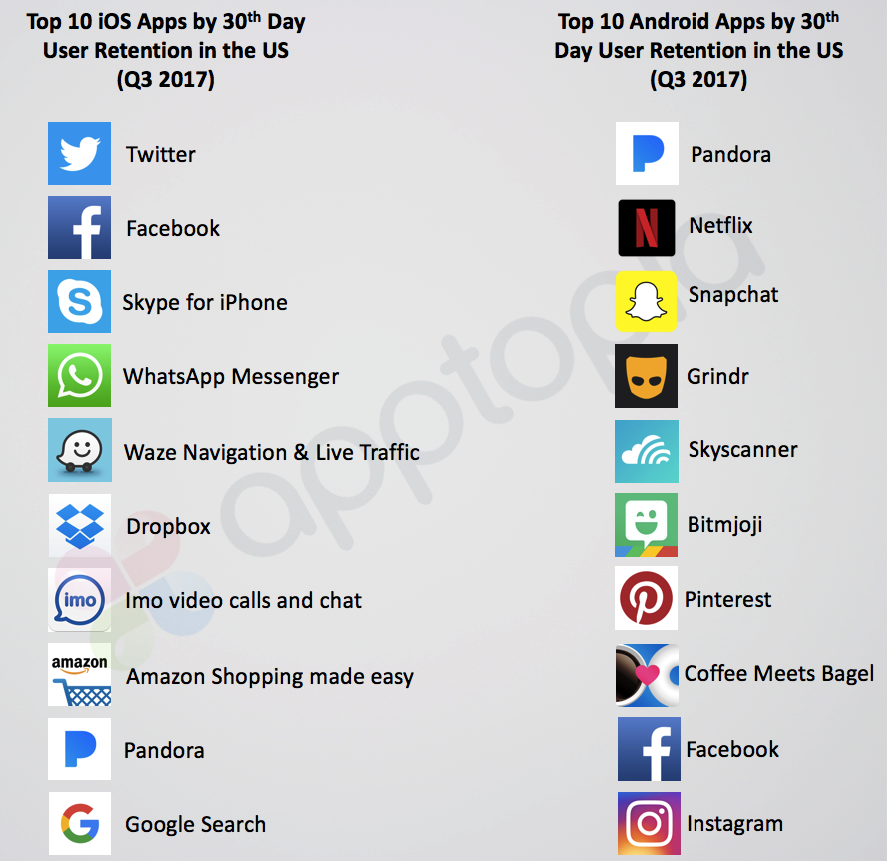 Pandora makes an appearance on both lists, as does Facebook. Social media apps are no surprise to be on a top retention list but it is interesting to note that only Facebook appears on both lists, yet is not the top app for either. 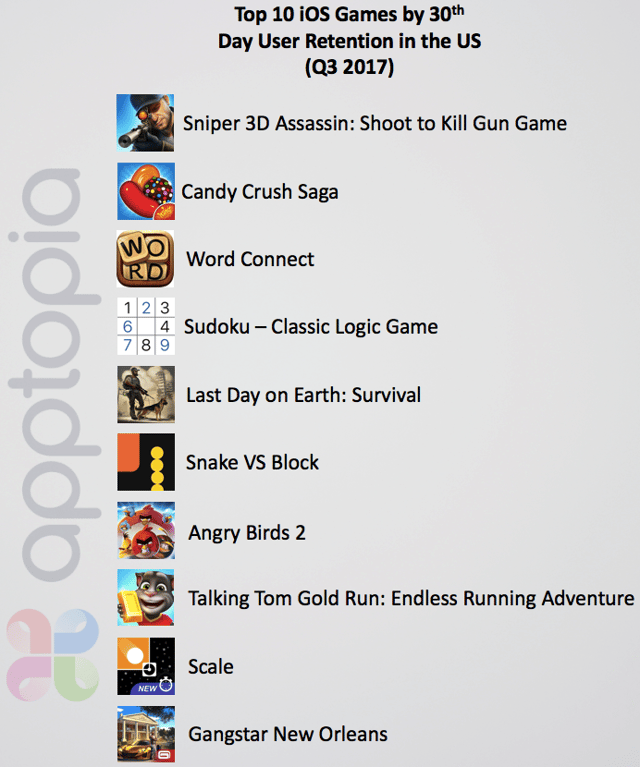 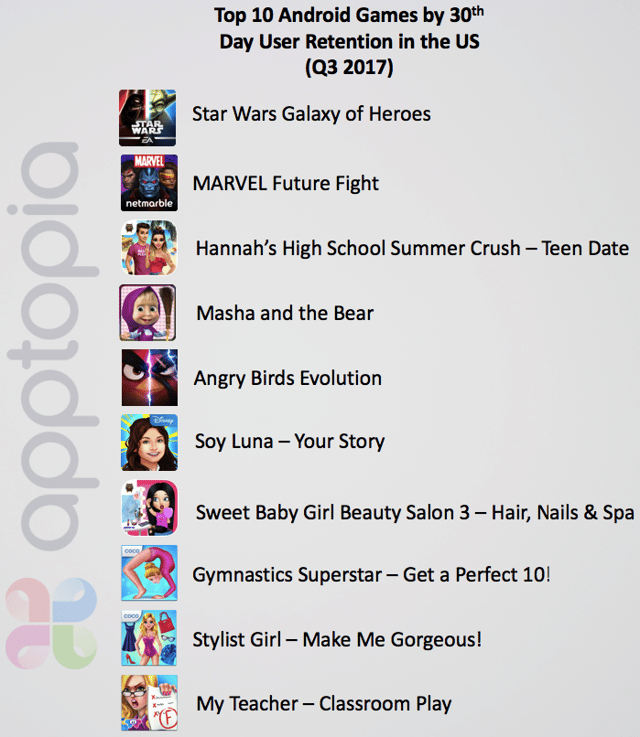 The now public Rovio nabbed a top spot (albeit for different games) in each store but I think the most interesting takeaways stem from the Android app list.

According to Apptopia Audience Intelligence, 7 out of the top 10 Android games have a majority female userbase. The iOS list only has three games (Candy Crush Saga, Word Connect and Talking Tom Gold Run) where the majority of players are female. It's also interesting to note that two publishers, TutoTOONS and Coco Play, each have two games in the Android top 10. 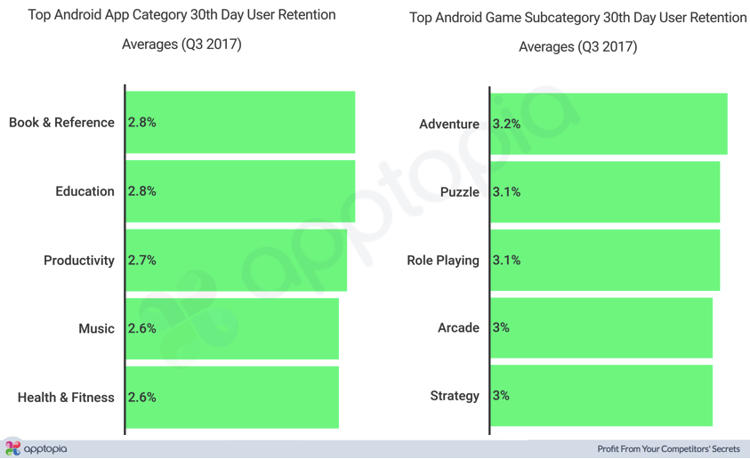 All apps listed have retentions higher than those listed in the averages you see above. In general, we found iOS apps to have higher retentions than Android apps. While this is certainly not true across the board, it does appear that Android publishers have to go the extra mile to retain retain their users. We already know that the average iOS user spends more money on in-app purchases than the average Android user. If I were building a new app and only had the capacity to build for one store at a time, I'd pick Apple's App Store.