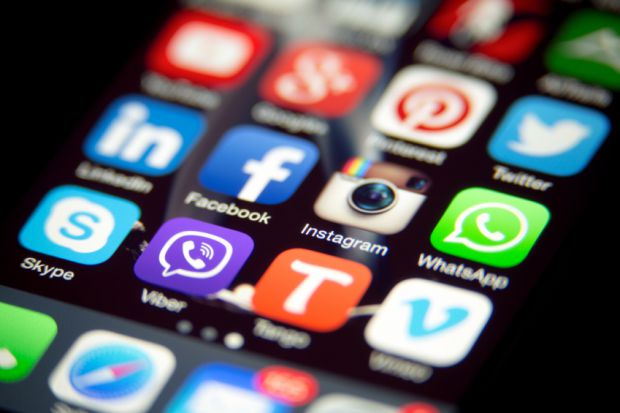 What’s the old saying? It’s not how many downloads you have but how you use them? Yes, I think that’s it. Downloads are an important start to an app’s life but at a certain point in time it becomes a vanity metric. Intelligence providers (including us) and the media report report on downloads and active users all the time but those who work in mobile know the importance of retention, or how sticky an app is. 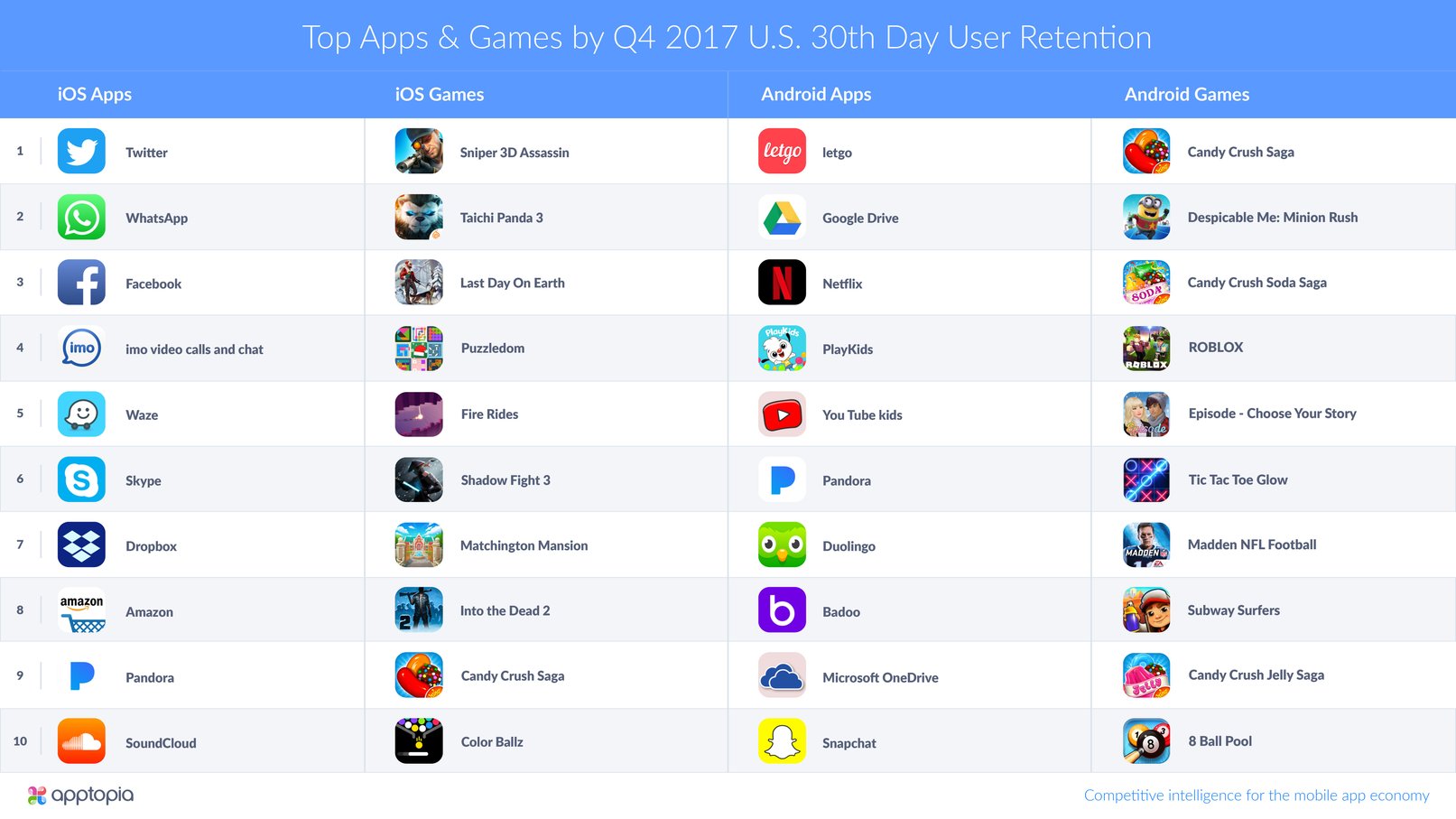 It’s for this reason that we broke out our retention data to see what the top apps and games in Q4 were for the US. Twitter was the top app (non-game) for iOS user retention in Q3 and it hits the #1 spot again this past quarter. While the company may be struggling to grow users, the people who own the app continue to open it up time and time again.

*Every user retention percentage is 30th day user retention in the United States, and based on Apptopia estimates. All individual apps analyzed meet minimum requirements of having at least 30,000 worldwide downloads over the course of the quarter and a minimum average of 10,000 monthly active users over the same time period.

As with last time, Android retention is much lower than that of iOS. As we (the industry as a whole) do more research, we continue to find differences between the two user groups. Other examples include iOS users spending more on IAPs and Android users leaving significantly more reviews. This is how the category leaders performed:

With the exception of Snapchat, social media apps are noticeably less sticky on Android than iOS. Something else I noticed was the appearance of two kids apps in the Android Apps section; PlayKids and YouTube Kids. Kids apps have been growing these past couple of years as children are born with mobile devices in hand. According to Apptopia data, YouTube Kids was the 10th most downloaded Entertainment category app in the world in 2017 - and now these apps are starting to grow a loyal audience.

We all know King’s Candy Crush franchise has produced popular and addicting games but its retention rankings prove this out. Candy Crush Saga is a top 10 iOS game and all three Candy Crush games make an appearance in the Android chart. Retention for games was up across the board, possibly due to vacation time during the holiday quarter.

Quarter over quarter, the fluidity of the top retention games is higher than that of top apps. There is only one new iOS app (SoundCloud is in and Google Search is out) to the top 10 this quarter, while only three iOS games remain. For Android, three apps are repeats but there are zero games making a second appearance.

Last quarter was the first time we ever released quarterly retention rankings. Within this short period of time we’ve seen a mix of strong turnover and strong footholds. As we continue to track this information, it will be fun and interesting to see if these trends continue.