Rovio Says It Spent on User Acquisition, It Did And It Worked... Sorta 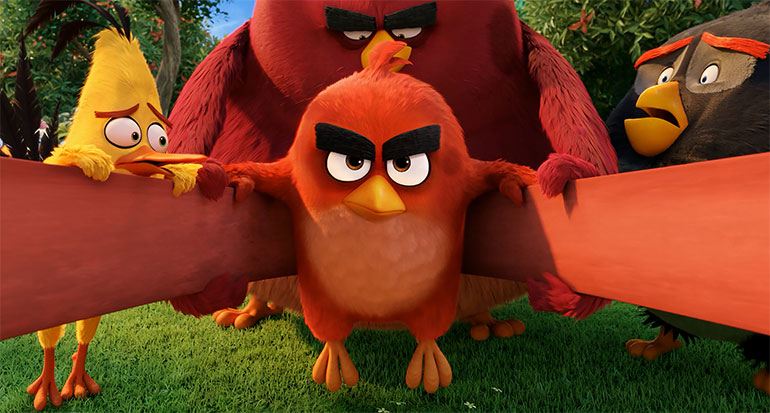 Shares of Rovio took a tumble last week due to a loss in profitability. Can’t say we didn’t see this coming. Rovio said the following to put it in context:

“In line with our growth strategy, we significantly increased our investments in user acquisition, which predictably led to a decline in profitability.”

Naturally, we wanted to look into this from several angles; downloads, revenue, user retention and advertising activity.

Looking at Apptopia estimations from a sample of Rovio games - specifically the top 5 grossing games from Q3 2017 on the iOS App Store - we saw an increase in downloads and revenue from Q2 to Q3. +13% for downloads and +44% for IAP revenue. 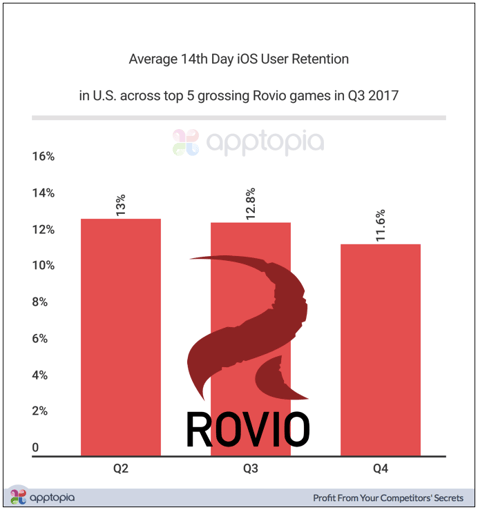 Rovio’s UA efforts did acquire more users and these new users did create more revenue, but it is very possible the company was after much more of a revenue increase than the one experienced. User acquisition is also money wasted unless Rovio is able to retain them.

The United States makes up largest percentage of revenue for each app so we focused on 14th day user retention in this market. The average Q2 2017 rate was 13% with a smidge of a dropoff in Q3 at 12.8%. Both of these marks are actually above respective subcategory gaming averages. Rovio is an above average publisher and has even struck a movie deal, so this is nothing to write home about. When we compare these numbers to the top 10 percent of respective subcategories, Rovio is just above/below depending on the month.

Looking ahead to Q4, the publisher is on pace to decline to an average of 11.6% 14th day user retention. November and December numbers are not out yet so it will be interesting to see if the trend downward continues or if Rovio is able to have some enticing promotions and push notifications come across player screens that keep them engaged.

According to Apptopia Advertising Intelligence, four fo the five games analyzed actually have increased advertising activity in the U.S. across several advertising networks in Q4. Given this, we do not expect to see a massive cut in UA costs come Q4 earnings report time. The hope for Rovio is that its cost to acquire users trends down this quarter.