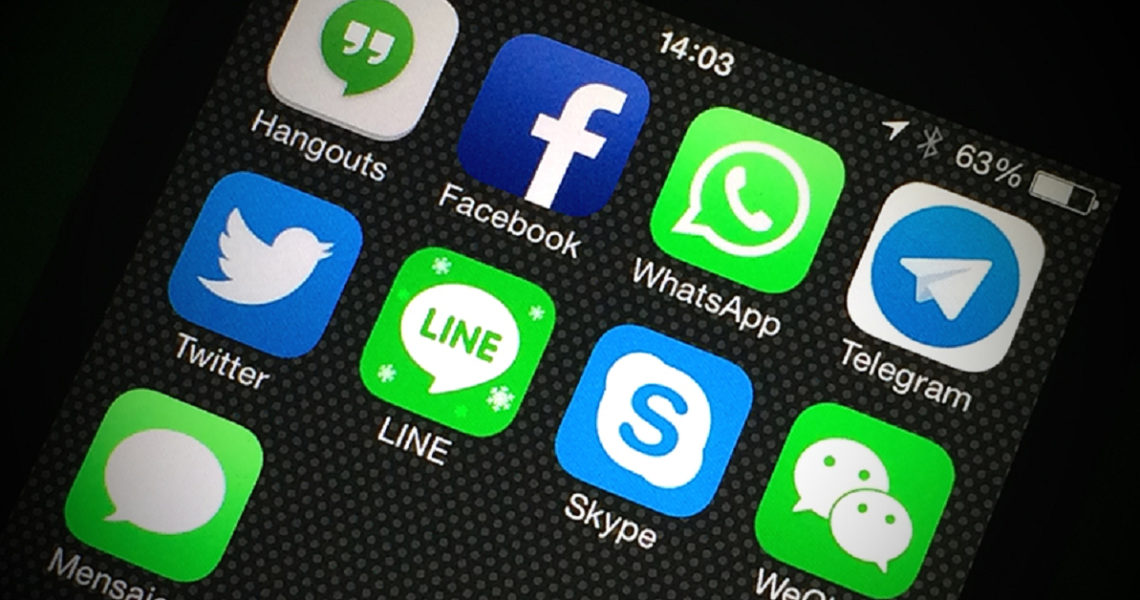 Secure messaging apps are growing overall, and growing most in corrupt countries. The top three secure messaging apps by MAU (monthly active users) are WhatsApp, Telegram and Signal. Apptopia data determined the average MAU growth of these three apps over the course of the calendar year 2017 in three separate buckets; worldwide, top 5 ethical countries, and top 5 corrupt countries (that we carry data on) according to the corruption perception index from Transparency International. 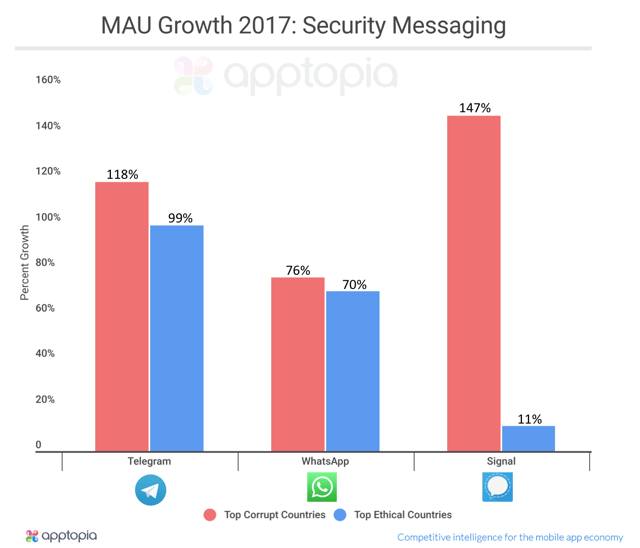 Countries in our “corrupt” group are Venezuela Nigeria, Kenya, Russia and Ukraine. Countries in our “ethical” group are Denmark, Sweden, Switzerland, Finland and New Zealand. As you can see in the chart above, Signal received most of its 2017 MAU growth from corrupt countries.

Let’s look under the hood of Telegram since it recently announced an ICO, potentially seeking to raise as much as $2 billion:

- Unsurprisingly, according to Apptopia Audience Intelligence, 89.8% of Telegram users are likely to have Psiphon installed on their mobile device also.

Psiphon is a VPN app, enabling your mobile device to look like it is located in any one of 20 different countries. It makes sense that most Telegram downloads are on Android devices as most of those downloads come from outside of the United States, where WhatsApp reigns supreme.