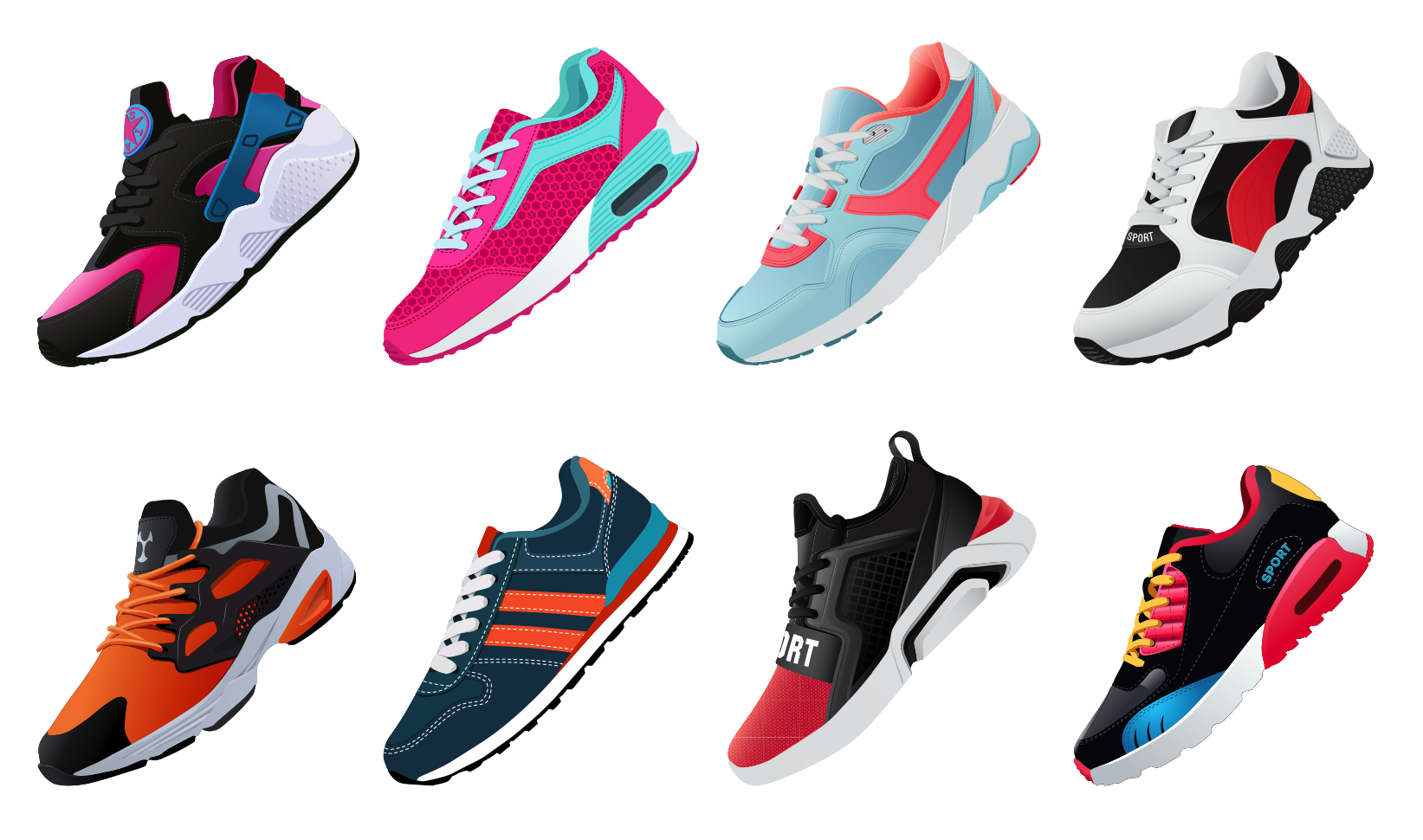 The sneaker app market has witnessed a massive uptick since the summer of 2020, with both monthly downloads and monthly active users (MAU) seeing sizable increases of nearly 20%. This increase in popularity of sneaker apps (thanks to the spunky marketing that struck right when the pandemic iron was hot) has been characterized by two major trends:

From the beginning of 2019 until mid-2020, monthly downloads for the top sneaker apps fluctuated around the 4 million mark, with the MAU reaching 16.3 million. Thanks to the pandemic and the radical shift it brought about in consumer behavior (brick-and-mortar was ditched for digital across the board), the market has reached an impressive 5 million monthly downloads with an MAU of 20 million. 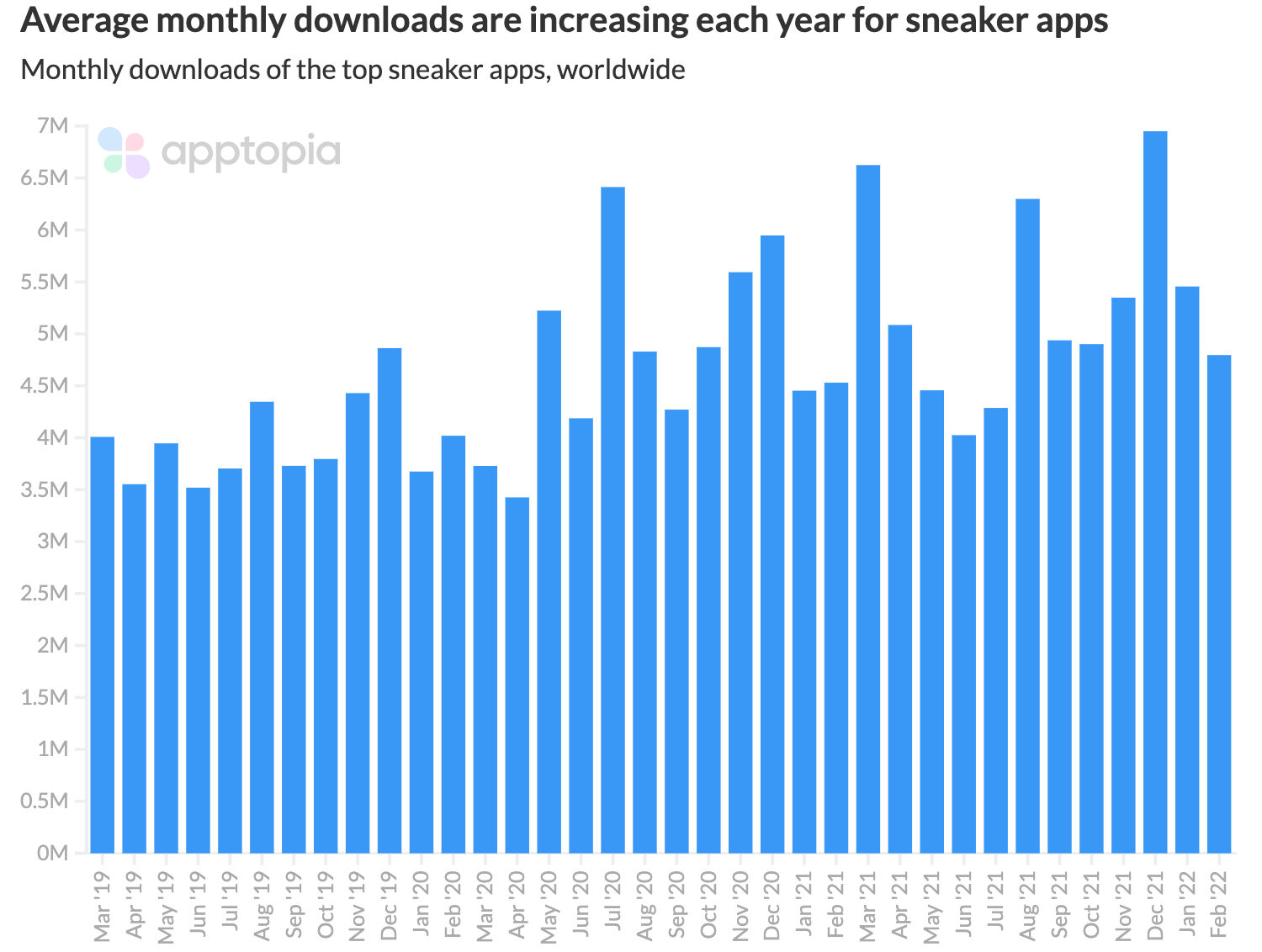 The growth in the market was initially driven by the launch of adidas CONFIRMED and a strong second half of 2020 by Nike SNKRS. Customers were willing to give interactive digital retail portals a chance because of their excellent marketing and the promise of a more convenient and engaging customer experience. The same trend made ripples across multiple sectors with Diesel’s HYPERROOM 360 - An interactive VR showroom becoming a major plus for the retail giant.

Nike SNKRS has been reigned in by GOAT and StockX

For the last few years, three apps (Nike SNKRS, GOAT, and StockX) have strong-armed the market, comfortably reining over two thirds of the market share. However, Nike SNKRS appeared to be finally zooming ahead of the competition in the period between the second half of 2020 and early 2021. In this period, Nike captured one third of the market by itself in terms of MAU! However, GOAT and StockX have fought back recently. 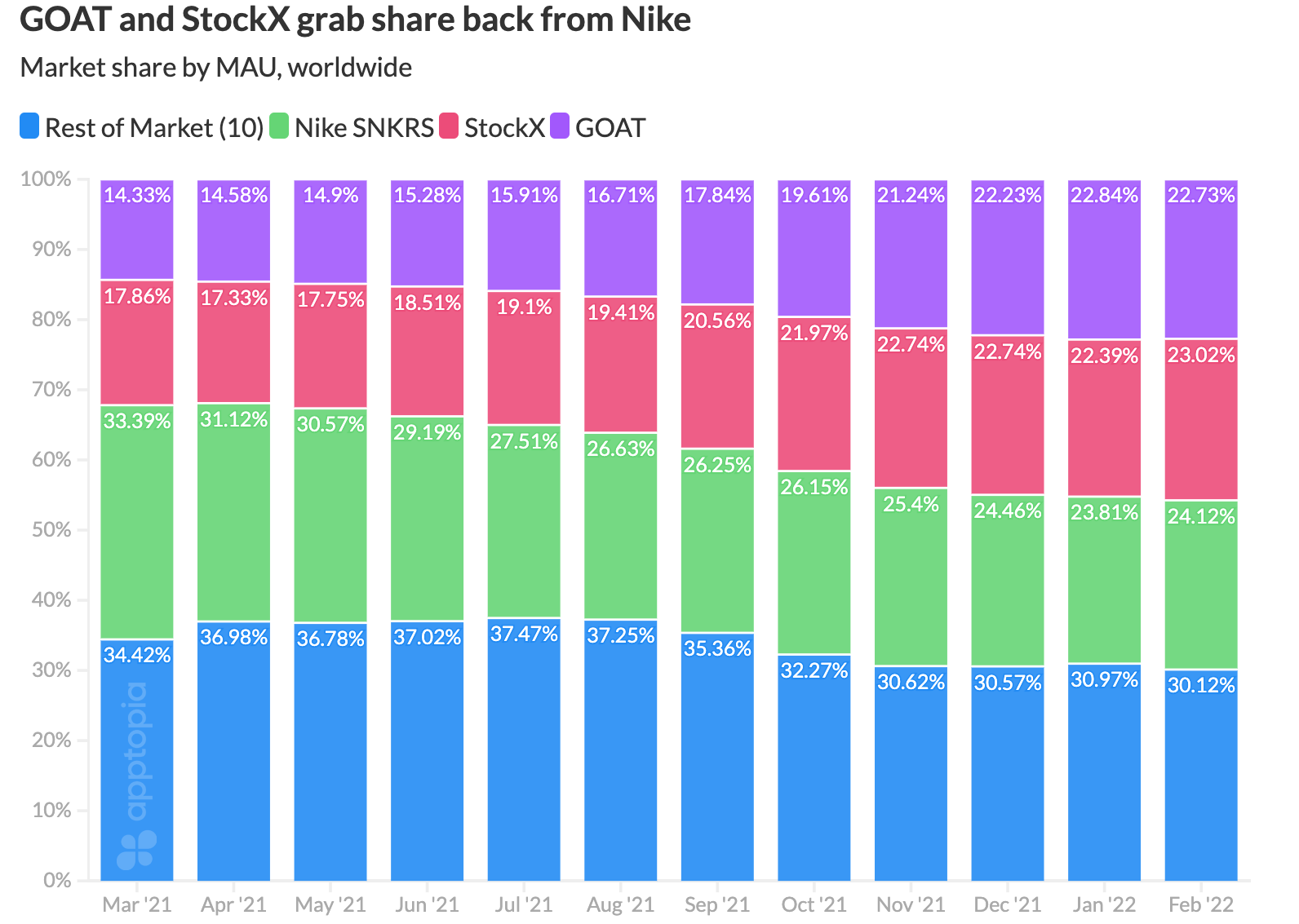 Nike had seemingly made the most of lockdowns and the closure of retail stores by cementing itself as the dominant player in the sneaker app industry. However, it lost market share in the second half of 2021 and is now level with GOAT and StockX. Going into the second half of 2022, these apps are engaged in a three-horse race for the top of the market. The reason for this? As the pandemic gave rise to new consumer trends, customers were more willing to try newer platforms if they offered competitive pricing and better delivery. In other words, brand loyalty was sacrificed for better pricing and more efficient customer service.

New Kid on the Block? The rise of Adidas CONFIRMED

The one new sneaker app that seems to be benefiting the most from this trend is Adidas CONFIRMED. The app launched in August 2020 and already boasts 9% of the market share. It has serious growth potential given the brand's global popularity and strong consumer market of sneakers as wearables and collectibles .

The company was late in launching a designated sneaker app but has made up for the lost time by achieving staggering growth in its first 18 months on the market. Over the course of 2021, the app was installed 7 million times. We expect Adidas to invest more heavily in this space, given consumers' increased willingness to shop online. 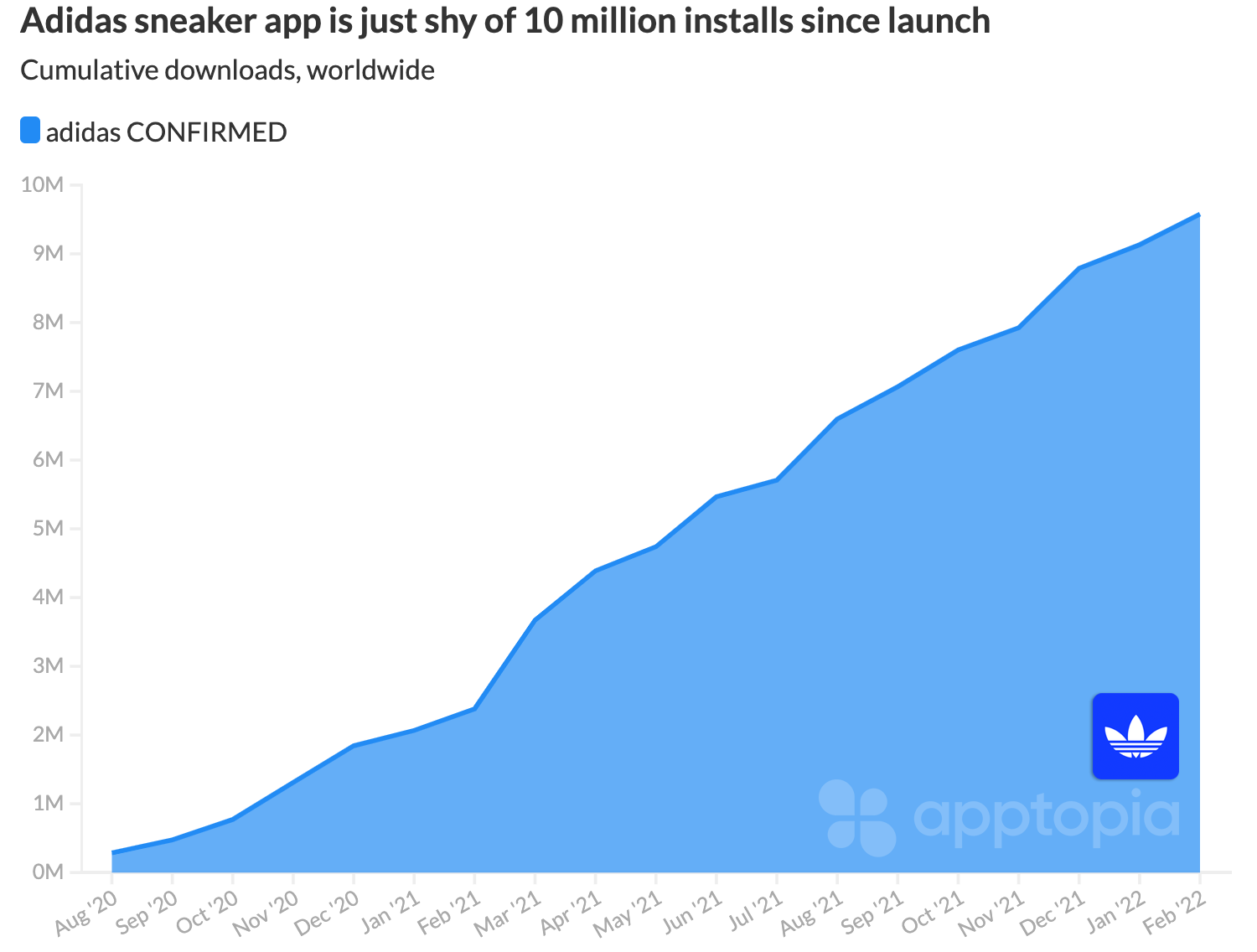 Another interesting trend in the data is that monthly downloads for Nike and Adidas rise and fall, remaining relatively unstable in comparison to GOAT and StockX. These popular brands have numerous peaks and troughs, whereas other sneaker apps don’t experience such fluctuations.

Nike and Adidas are the two biggest players in the sneaker industry as a whole, and the sharp increases in downloads can be attributed to new releases, exclusive deals, and marketing campaigns. However, while their downloads oscillate on a month-to-month basis, MAU remains relatively stable regardless, suggesting that there are many inactive users on both apps. For more data and insights, grab a copy of our free 2022 retail report below.