Financial products and subscription streaming video apps made up a large portion of the Super Bowl ads. By my (mostly undistracted) count, there were 26 commercials in total involving companies whose mobile apps act as a significant channel for engagement.

For streaming, we saw commercials from Disney+, YouTube TV, Peacock TV, HBO Max and AMC+. Peacock soared to be the #1 ranked app overall in the U.S. App Store. This may have been the case regardless of commercials though because the Super Bowl was broadcast on NBC which means it can be watched via the Peacock app as well.

For financial products, we saw commercials from Coinbase, FTX, eToro, Crypto.com, Greenlight, Rocket Mortgage, TurboTax and E*TRADE. Clearly there was a focus on crypto exchanges, where we saw Coinbase get the most lift in terms of store rank. Based on Coinbase's commercial, where the company wanted viewers to take an action (scan a moving QR code), it was clear its goal was new user growth. Last year another fintech player, Klarna, ran a Super Bowl ad - but when we spoke with CMO David Sandstrom, he made it known the goal was about brand building and brand awareness rather than new user growth. However, it certainly did not slow down new user acquisition as we've seen record numbers in the buy now, pay later space. 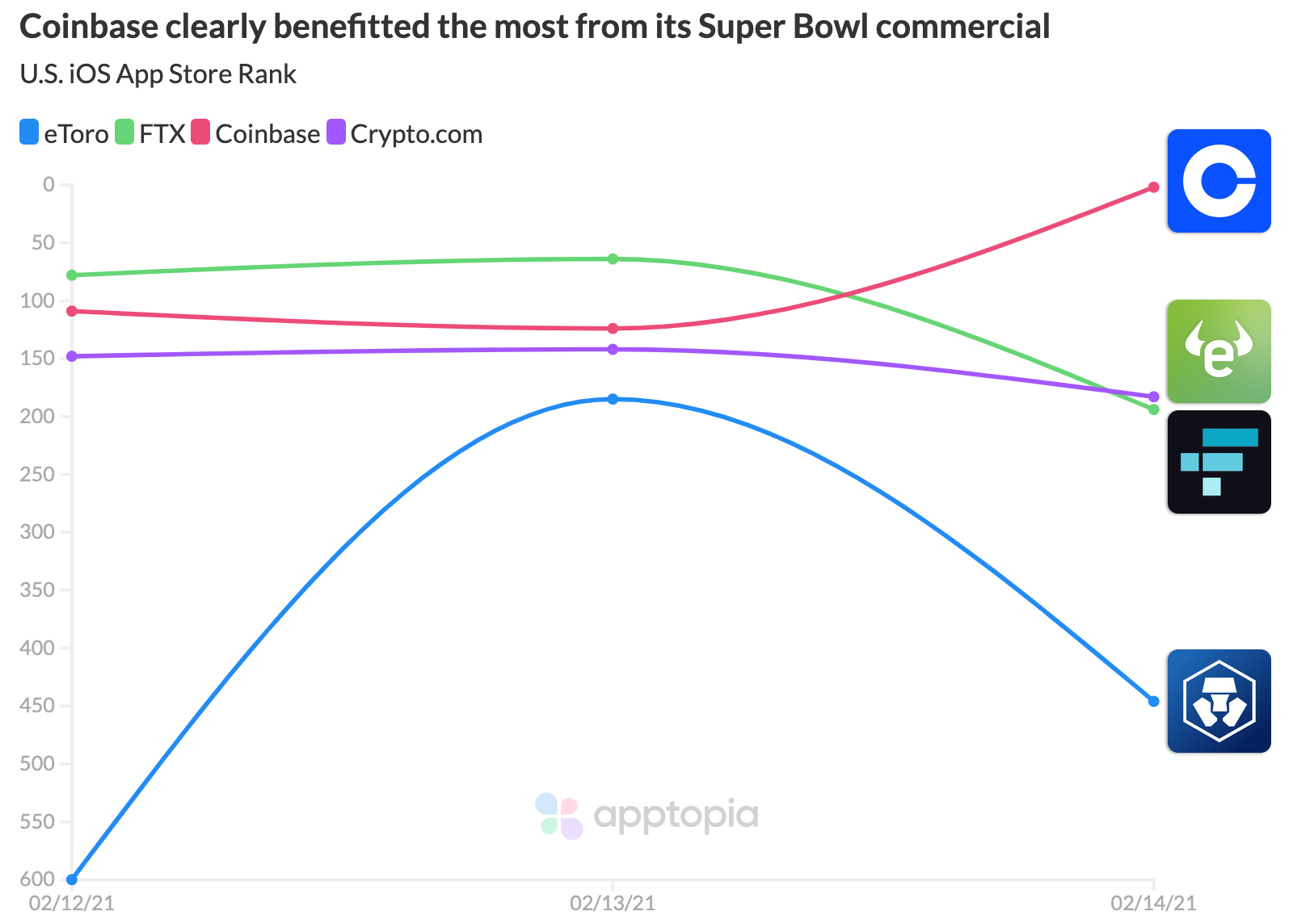 I also could not help but notice the focus of Uber Eats' commercial, which was for grocery delivery. Just a few weeks ago, we pointed out the growth of grocery delivery apps was far greater than those of food (meal) delivery apps.  My colleague wrote Uber Eats changed wording in its app description from “Local restaurants to your door”, to “Any takeout order…”, which is a subtle change but clearly indicative of its new strategy.

And of course we saw sportsbooks advertised, which are hitting new MAU records almost every day. It's hard to say how much their commercials impacted their performance as they've been advertising during football games for weeks and the Super Bowl is certainly a time when they would experience high usage naturally.

Unsure of exactly what rank is? We can help.