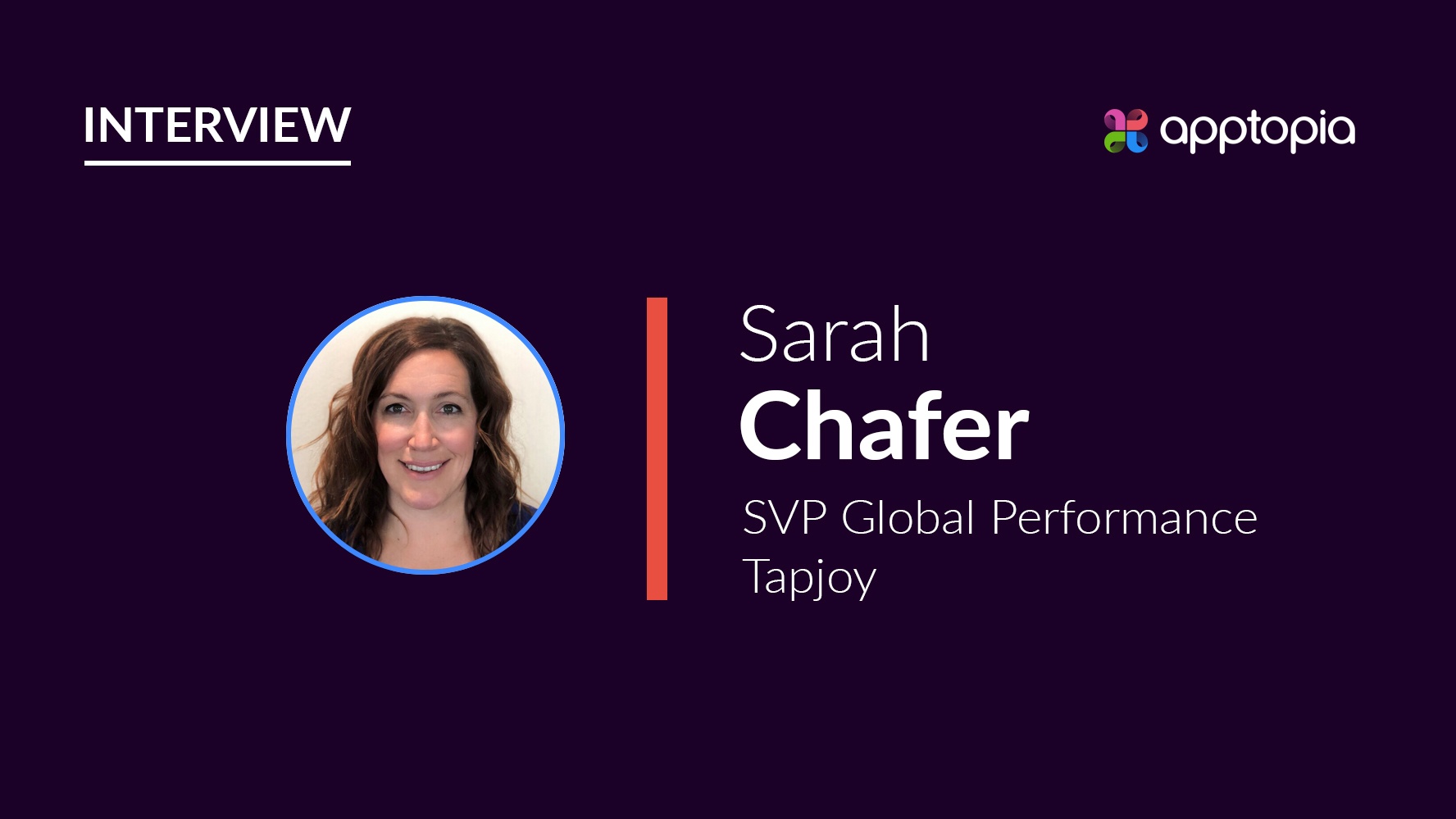 Don’t kid yourself into thinking users will look at ads from the get-go. Reams of recent research show users are irritated by advertising, so much so that they are reaching for mobile ad blocking tech and other measures in record numbers just to shut out ads that deliver a poor user experience. But the backlash isn’t against all app advertising across the board—just irksome formats such as pop-ups and takeovers that interrupt, not enhance, what users want to do with their app in the first place.

Inskin Media, which has studied consumer response to mobile ads, calls it common sense. “As advertisers, you need to respect people’s right to choose whether or not to look at ads,” Steve Doyle, Inskin Media COO, said in an interview with Digital Marketing Magazine. “Letting them decide when they are ready to interact with your ad increases its chances of success.” This dynamic goes a long way toward explaining the meteoric rise of rewarded video--an ad format that puts users in control, providing them the opportunity to watch an ad in exchange for a reward within the game or app. 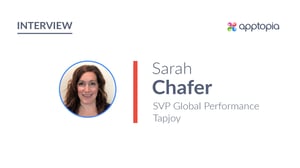 Connect the dots and rewarded video covers all the bases. It’s effective, emotive and lucrative. In fact, Global real-time advertising platform Smaato reports impressions from reward video are up 96%, and eCPMs are up 48%. But don’t expect reward video to sell itself. While users are clearly willing to watch reward video ads, Sarah Chafer, SVP of Performance Sales at Tapjoy, tells me it’s the ad creative and the ad type that will clinch it. From Playables to Interactive End Cards, there are a lot of ad types to choose from--and a lot can go wrong in the process.

Sarah draws from Tapjoy consumer research and the company’s impressive 10-year track record as the provider of mobile engagement and monetization services to clients that include Fortune 500 brands and the Top 200 grossing app developers to give her top three list of what you need to know to deliver high-quality users through highly engaging rewarded video.

#1 Rewarded video works across the funnel. Rewarded video drives effective user acquisition, but Tapjoy sees brands and marketers benefitting from strategies that harness reward video to drive actions deeper in the funnel. “It stands out as a format that can be used for awareness and branding, as well as acquisition strategies,” Sarah explains. A prime example is its work with media agency Vizeum to promote 20th Century Fox International’s major motion picture, Ferdinand—a campaign that media, marketing and advertising collective ThinkLA named the “Best Mobile Campaign” of the year.

The aim was to develop an in-app mobile campaign aimed at driving audience engagement and ticket sales among movie-going parents with young kids. To meet these objectives, Tapjoy’s Interplay Studio designed three custom versions of Tapjoy’s Interactive End Card and Playable Rich Media ad units to appear at the end of the movie’s video trailer. The ad units featured interactive mini-games such as a “Mix & Match” memory card game, a “Bull in a China Shop” fall-and-catch game, and an “Escape” maze game. The output: 220 creative experiences for the campaign, localized for 16 different countries. The average video completion rate for all three campaigns was a whopping 97%, Sarah recalls. Significantly, the average time spent with the Interactive End Cards and Playable Rich Media ad units was an additional 30 seconds after the user viewed the 30-second trailer, equaling about a minute of total in-ad engagement time.

“Overall, we’re finding that rewarded video is used to bring in users and educate them about a game or a brand, and then it’s also being used to take users further into the funnel because these actions are trackable,” Sarah explains. Marketers can optimize downstream metrics and ultimately optimize ROAS. “In the end, you have a lot of data that is shared between marketers and publishers, and that helps us make our product stronger in terms of targeting.”

#2 Ad creatives and ad types isn’t ‘one-size-fits-all.’ Of course, it’s all about understanding what resonates with your audience—but you should also have a grasp of consumer data and research to frame your rewarded video approach (pun intended!). In fact, Tapjoy research (aptly titled The Modern Mobile Gamer: Advertising Preferences Revealed), tells us humor is a big plus if you want to grab—and keep—user attention. “If you can get them to laugh, you’ll get them to stay,” Sarah explains. Overall, 44% of respondents say humorous content appeals to them when watching video ads on their mobile phones. This key component of a winning experience was followed by storytelling (28%), product demonstrations (26%) and special effects (24%). You might think that sex sells, but not with this crowd. Ads with sex appeal (13%) or a famous celebrity (13%) finished last.

Once you have decided what your video will communicate, then you need to make a call on the “how” of the best way to deliver the best experience. "Our best practice advice to all our advertisers is to try multiple ad formats and make a decision based on what converts best for your KPIs,” Sarah explains. This typically starts out with rewarded video and then builds on Playables to gauge the increase in retention. Did the user stay an active user longer? What do the metrics *really* tell me? These are key questions to ask—and answer--before taking your campaign to the next level with “compelling customization.”

It’s why Tapjoy last year launched an innovative format called Interactive End Cards. These branded, customizable ad experiences are added to video ads to help a marketer’s upper-funnel branding metrics such as awareness and affinity, as well as lower-funnel metrics such as click-through and conversions, Sarah explains. “The experience is tailored to the advertiser, allowing them to have flexibility withon their creative and the capability to turn audience interest into measurable action.”

#3 The numbers add up, so watch your metrics. Higher quality users, highly engaging ads and high-performance metrics. It’s a virtuous circle—and Tapjoy research shows it’s a scenario that plays in favor of a wide range of apps and advertisers. Specifically, more than half (55%) of consumers say ads for Movies and Entertainment are the most likely to interest them.

Consumers are also sold on opt-in ads that offer rewards, such as in-app currency (79%), over mandatory ads, such as pre-roll videos (21%). In fact, Tapjoy found three quarters of consumers are likely to engage with rewarded video ads when presented with the opportunity. What’s more, over one third of consumers surveyed said they would be “willing to watch 6 videos or more per day in exchange for a reward.” The audience is there—so make it count.

Sarah recommends marketers to keep the ads short and use A/B testing to identify and optimize what works. “Data is hugely important to understand what users are clicking on and what compels them,” she explains. Most partners provide the front-end data about who’s clicking, who’s engaging and who’s staying in the ad and for how long. “But now marketers can do more--and achieve more--by tracking a creative ID down to the purchase.”

Creative data and insights drive strategic decisions around which ads to run—or pull—and the rotation that will deliver the best monetization or engagement, depending on your campaign goal. It makes business sense to make the connection between the creative and the downstream metrics that spell success. Granted, not many marketers are taking this leap right now, but the data to do it is there.