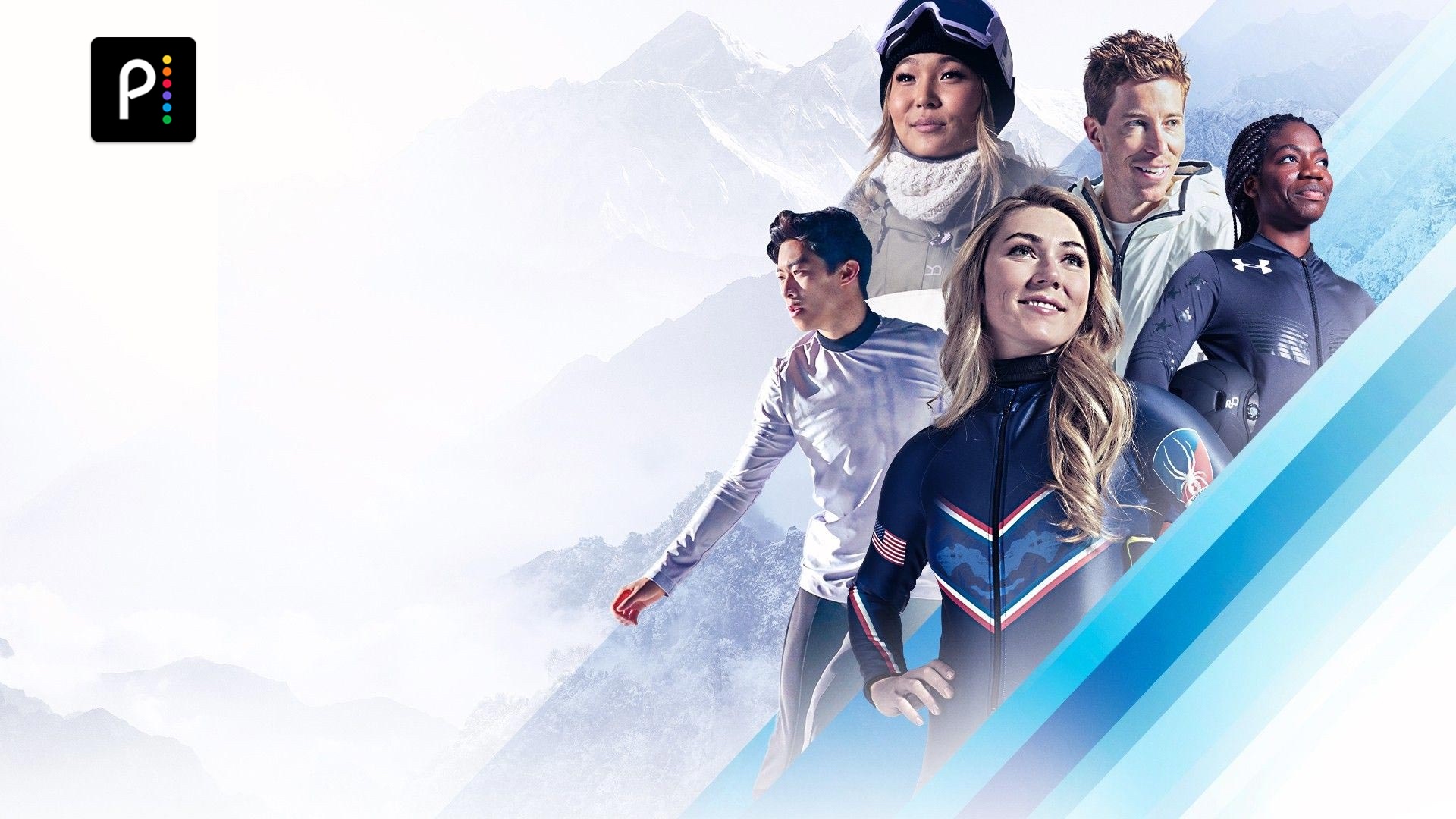 After launching in July 2020, Comcast's Peacock TV has been installed on 50 million mobile devices and generated $45 million via in-app purchases. All of this is in the United States, the only market where the app is available for use.

The one-two punch of the Super Bowl and the Olympics has enabled the app to reach a new record for daily downloads (339.4k on 2/16/22) and IAP revenue ($335.3k on 2/16/22). NBC had streaming rights to both highly anticipated sporting events. It also propelled daily downloads far higher than other leading streaming video on-demand players such as HBO Max, Disney+ and Netflix. 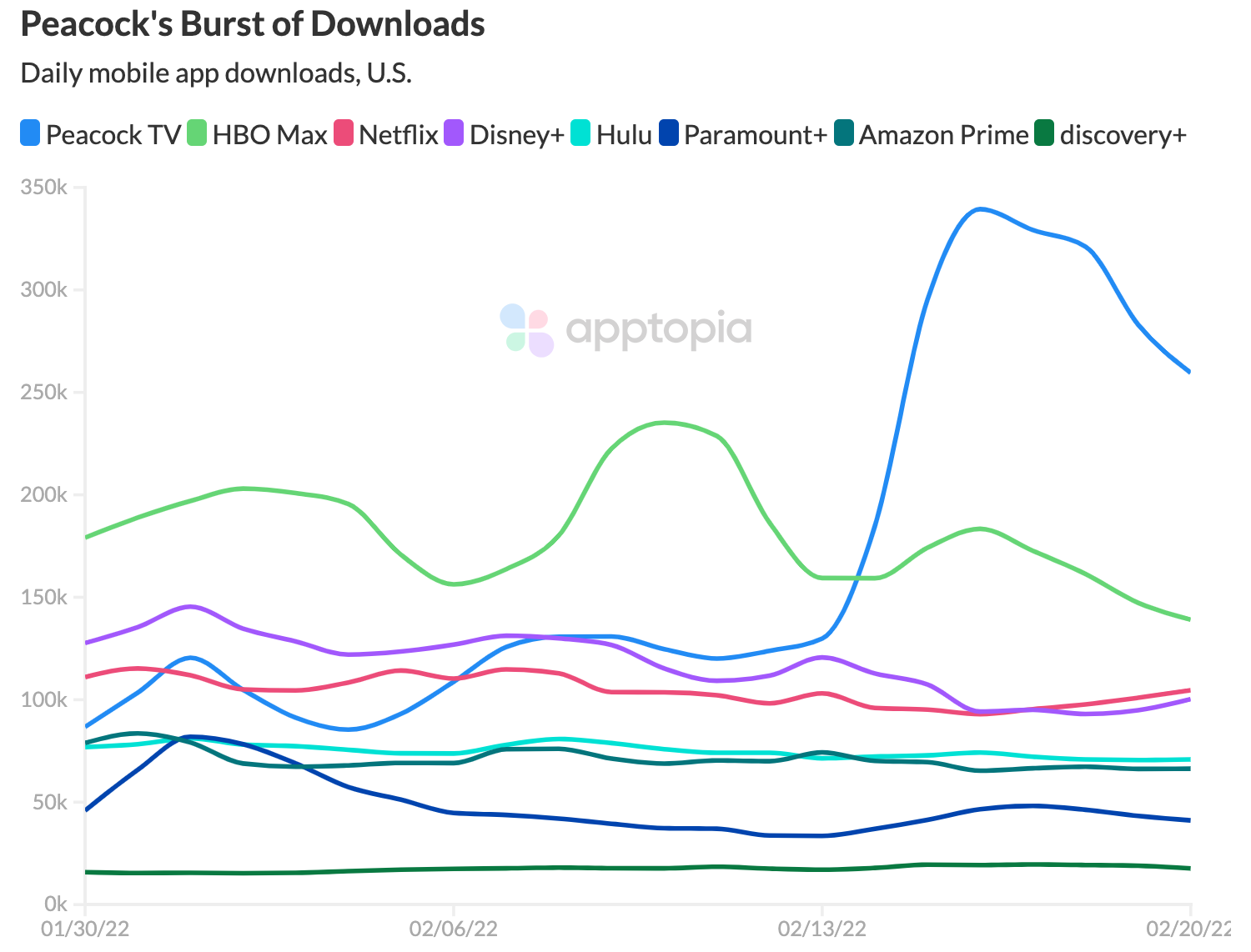 Judging by the trend of the data, it looks like Olympic viewing on Peacock did not kick it into high gear until after the Super Bowl premiered, where NBC got to promote the app and the Olympics throughout the programming.

Peacock also created a less restrictive setup for the winter games compared to those in the summer. Certain events in the summer were only for paying subscribers but this time around, there was plenty of coverage available for free. In addition to its free (ad supported) tier, the app offers Peacock Premium ($4.99/month) and Peacock Premium Plus ($9.99/month). Premium offers a larger library of shows and movies, original series, etc. Premium Plus then removes most advertisements. 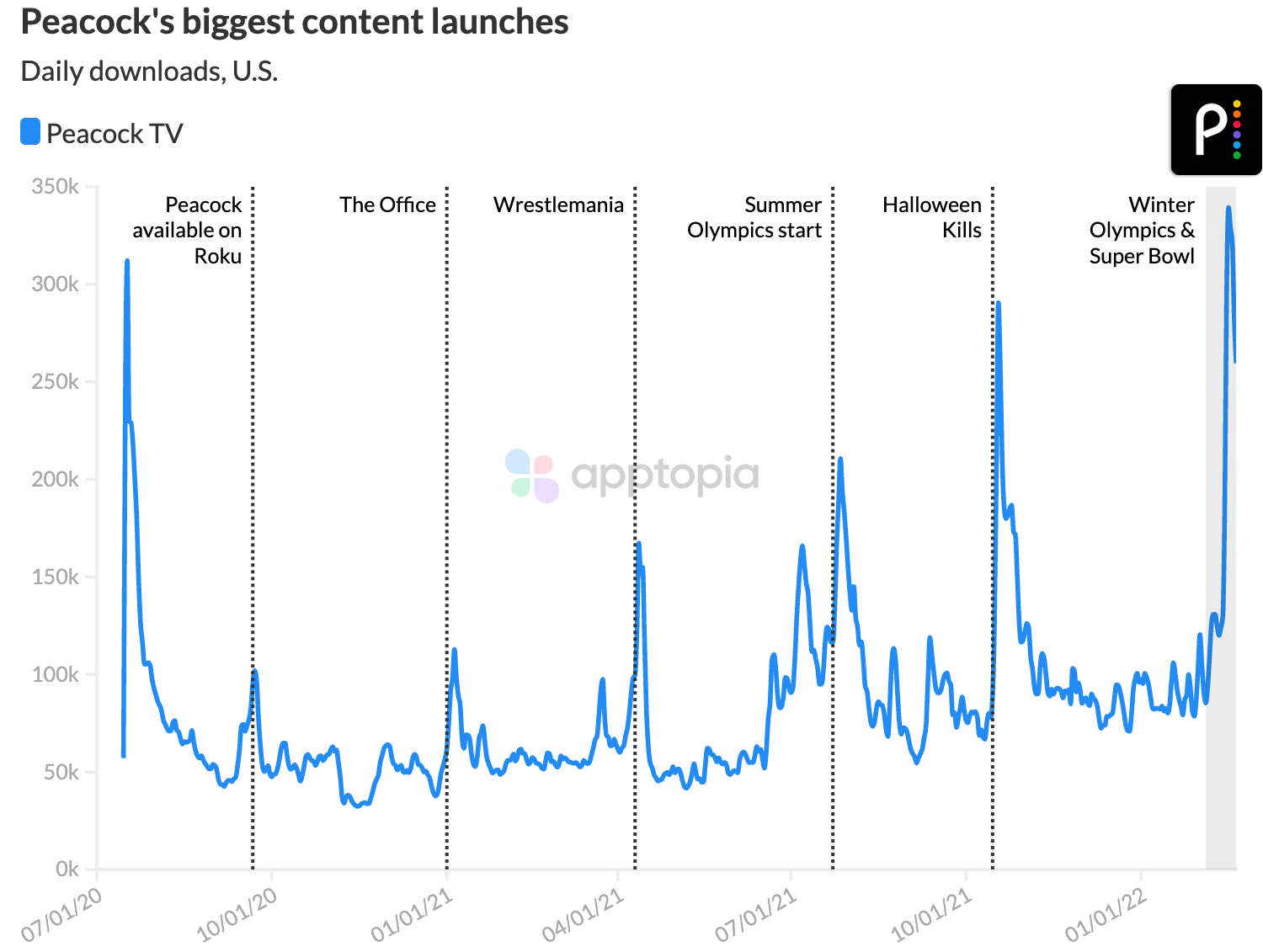 Content is the most important driver of new users to a service and plays a significant role in user retention. Above we see the content whose role it is to be a driver for signups, or what I call the lures. These play a role in retention as well but the combination of a streaming platform's full catalog of less-hyped options and its user interface are what keep viewers coming back after the initial lure.

Based on Peacock's consistent revenue trend, it appears its "lure" content is doing a good job of continually signing up new users. To learn more about the impact content has on streaming app performance, click the button below to review our latest free report.