Ticketmaster is the ticket master 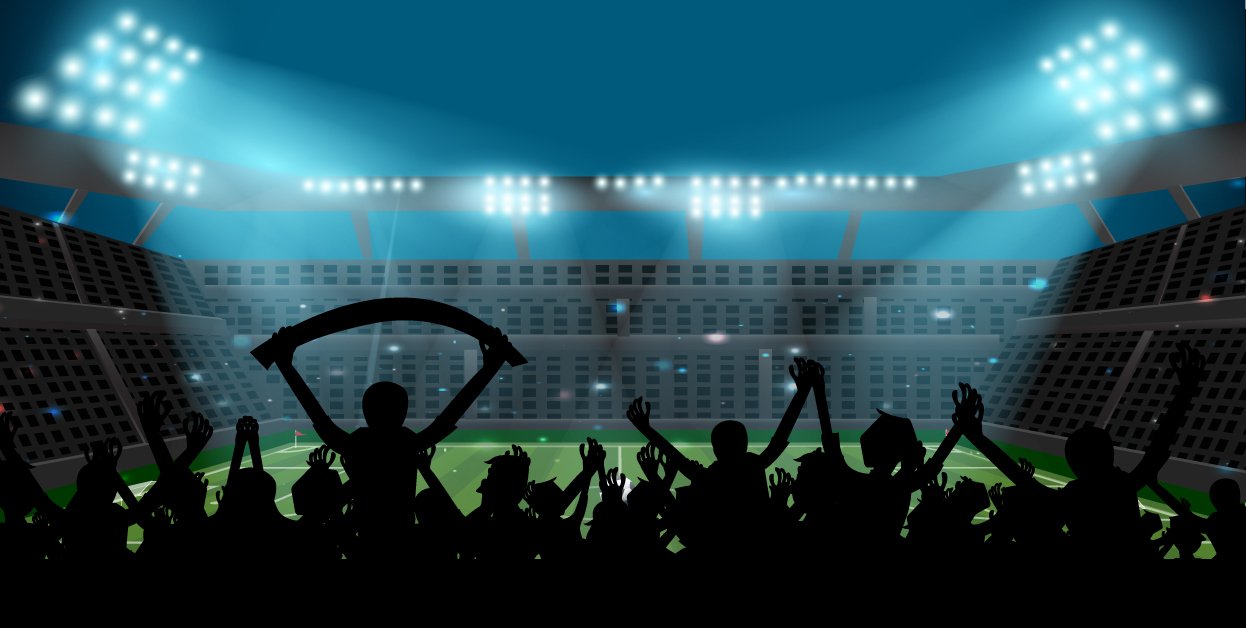 The ticketing industry is one of constant evolution. Over the past 50 years, we’ve seen a gradual shift in how sports and music fans buy tickets to their favorite teams and performers. Box offices and music stores, once king, are now obsolete. They’ve been replaced by a range of technological innovations such as phone booking lines, websites, and mobile applications. Want to see the Dallas Cowboys underwhelm their fans for the millionth time? You don’t even need to wear pants. That’s the USP of the humble ticketing app.

Through the times, Ticketmaster has rolled with the punches and is still the top dog in this fight. Not only does it have more downloads and monthly active users than its top competitors but it also boasts the most MAU growth over the past 12 months. Founded almost 50 years ago, the company is inseparable from the industry it ultimately dominates. A bit like how, when you think of carbonated soft drinks, you think about Coca Cola. 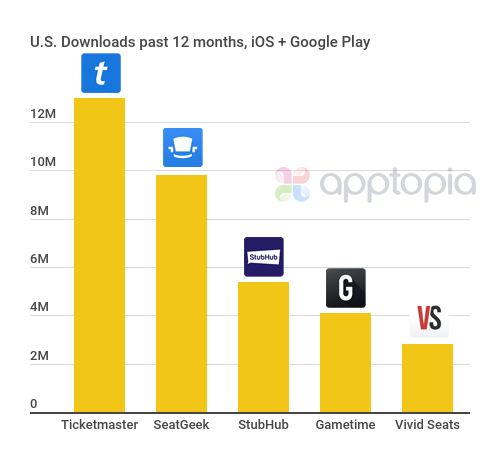 Across the board, April is one of the busiest months for ticketing apps. More often than not, downloads in April exceed that year’s monthly average.

In April, 2015, nearly 1.1 million US users downloaded the StubHub app. Why is that interesting? The average monthly downloads for that year was roughly 600k.

Downloads of StubHub in April rose above the annual monthly average in 2016 and 2018 too. The only outlier was in 2017, when April’s downloads were neck-and-neck with the monthly average.

This pattern is apparent (but again, I want to stress that this doesn’t happen every time) in TicketMaster and Gametime’s numbers as well. However this is not the case with SeatGeek and VividSeats.

So, let’s spitball. Why is April such an outlier? My theory is the way the American sports calendar works. It’s the start of the MLB season and the beginning of the playoffs for the NHL and NBA. 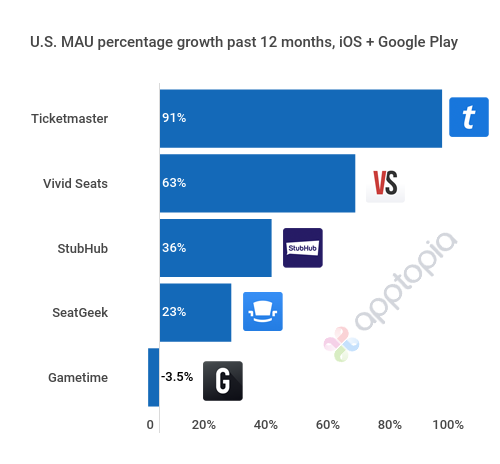 Directing your attention to Vivid Seats, arguably the most interesting company on our top list. Established in 2001, it’s among the youngest companies in our list, and is notable in that it remains a private company.

Our data captures Vivid Seats it its most nascent stages, starting from when it first launched its mobile app presence. In February, 2015, a mere 1,545 people downloaded the Vivid Seats app. Four years later, that figure grew by 14,133% to 220,000 downloads in February 2019. This puts it within reach of some (but not all) of its bigger, better funded rivals.

In February, 2019, its downloads were a mere 3.2% lower than Gametime during the same month. That’s not bad, given that it’s fighting an app-native app with buckets of VC cash.

That said, its February 2019 download numbers pale in comparison to StubHub (90% higher) or TicketMaster (398% higher). But that’s not the point, is it? When an investor looks at a tech company, the primary concern is growth. And Vivid Seats is growing well.